The UK’s citizenship process subjects immigrants to requirements intended to enhance their identification with ‘British values’. Does the current process do that, or does it exacerbate immigrants’ marginalisation? David Bartram finds evidence in support of the latter: citizenship policy does more to alienate new citizens than it does to facilitate their political integration.

Have you taken the ‘Life in the UK’ test? If you’re already a UK citizen, then of course you don’t need to – but if you did it out of curiosity you’d likely find it very difficult to pass. Some of the questions involve obscure historical dates (in what year did Richard III die?). Even for more meaningful events it is not clear why one should know the year (e.g. re when women gained the vote – an important issue, but why is knowing the date a basis for citizenship?).

Immigrants wishing to gain citizenship (or even permanent residence) have to pass it. The only way to succeed is to study. Now, some of the questions pertain to more useful matters, so perhaps there’s some benefit from the learning one does. And, once you’ve passed, perhaps you’ll feel (on the basis of the knowledge gained) that you’ve earned an entitlement to participate more fully in British public life and core institutions. Academics tend to be critical of the test requirement, but the idea that some good could come of it – possibly even a set of outcomes that looks something like enhanced integration – is not completely implausible.

Propositions of this sort can be tested, with the right data. With colleagues at the University of Leicester (and funding from the ESRC), I have investigated whether becoming a UK citizen (thus, passing the test and participating in a citizenship ceremony) helps foster integration specifically in terms of political engagement. My answer: the core citizenship requirements do more to impair integration in the political sphere than to enhance it. Immigrants who become UK citizens end up less interested in politics, relative to those immigrants who remain non-citizens. That’s a very counterintuitive result; only slightly less shocking is that new citizens do not participate more in civic/public organizations than those who remain non-citizens.

That finding comes from analysis of data from ‘Understanding Society’ (the UK household panel survey). The longitudinal nature of the data helps minimize the prospect of reverse causation (the possibility that it’s a matter of naturalization by already less-engaged people). The analytical sample comprised almost 1000 people who in Wave 1 (2009/10) were not UK citizens. By the time of Wave 6 (2014/15), roughly half of these respondents had gained citizenship – and the core of the analysis involved comparing them to those who remained non-citizens while taking into account their initial conditions including their extent of political engagement.

Now, perhaps it’s somehow misguided to connect the empirical pattern to the specific requirements for UK naturalization. Maybe naturalization led to decreased political engagement even before the introduction of the test and ceremonies. Not a terribly plausible idea, surely. We can’t test it directly: the ‘Understanding Society’ project began several years after the policy was implemented in 2005 (and the predecessor dataset, the British Household Panel Survey, doesn’t enable tracking changes in citizenship status). We do however have earlier research on the question more generally in Europe including the UK – and in analysis of data from 2002-2003 they find that naturalization is generally associated with increased political engagement (in other words, the outcome one would expect). So, perhaps something did in fact change in the UK after the requirements were put in place.

We can then ask: why would the UK citizenship process lead to lower political engagement? The process involves jumping through some meaningless hoops, so it might be a simple matter of annoyance, possibly to the point of fostering alienation. We can however go a bit further, via further consideration of the types of questions the test poses about political matters.

Many of these questions strike me as having something significant in common. There is a clear tendency to ask about the ‘rules of the game’. For example: what is the role of the Whips in Parliament? Or, what is the current minimum voting age? Or, what time of year are local government elections held? Questions like this imply acquiescence to ‘the way things are’: we tell you what the rules are, and you can then play by those rules. There’s nothing about fundamental rights of citizenship – say, the right to demonstrate and to participate in other forms of collective action. The subtext here is a politics of obedience, perhaps even docility. If this is what we tell immigrants about the nature of our politics, who can blame them if they then say: who needs it?  Why bother? Democratic politics is supposed to engage big questions, about justice, fairness, freedom, equality – but through the ‘Life in the UK’ test Britain teaches new immigrants that it’s all just a matter of fitting in and doing what is expected of you.

There is another significant angle to consider. Anne-Marie Fortier argues (very persuasively) that the real motivation behind the requirements of the UK citizenship policy is not to achieve integration for immigrants but rather to alleviate the anxieties of ‘natives’. The policy sends a signal to people worried about immigration: we hear you, and we’re doing something about it. Whether it has any impact on the immigrants themselves is decidedly secondary. One might be sanguine about that idea as long as the impact is merely nil (rather than positive). But if instead the tests and ceremonies have a genuinely negative impact on immigrants in the UK it becomes less feasible to justify an attempt to mollify voters this way.

The original goal of the requirements (as articulated by the then-Home Secretary, David Blunkett) was to foster participation, in hopes of reinforcing ‘social cohesion’. The requirements are plainly not helping to achieve that goal and might be actively undermining it – even for those who succeed in demonstrating knowledge about ‘Life in the UK’ that most ‘natives’ don’t have.

Note: the above draws on the author’s published work in Sociology.

David Bartram is Associate Professor in the Department of Sociology at the University of Leicester. 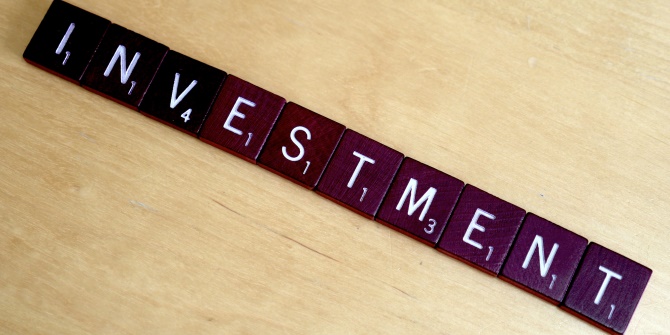 This was an anti-investment Budget