With the growing foodbank queues came a growing interest towards their users. But such attention, often focusing on statistics, tends to feed into myths about emergency food aid being a “lifestyle choice”. Through her experiences as a foodbank volunteer, Kayleigh Garthwaite takes a different approach. By telling the stories of individuals, she busts some of the myths that take away the focus from the real problem: that more and more people are forced to rely on foodbanks, despite living in one of the world’s wealthies countries.

Provision of informal food aid in the UK has existed for many years, without being widely publicised, documented or understood. The growth of the network of Trussell Trust foodbanks and the public attention which has surrounded this means of emergency food aid has become an ever more visible phenomenon in austerity Britain. In 2015-16, over 1.1 million people accessed a Trussell Trust foodbank. There are also many people who are helped by the thousands of independent emergency food providers currently operating in the country, or who are unable to access a foodbank so instead cope by eating less and buying cheaper food.

In 2015, the All Parliamentary Political Group on Hunger published a report which stated that hunger is now regarded as a ‘permanent fact of life’ in the UK’s poorest communities. But where are the voices of the people who are using foodbanks? Headline statistics of over one million people using foodbanks can only tell us so much. 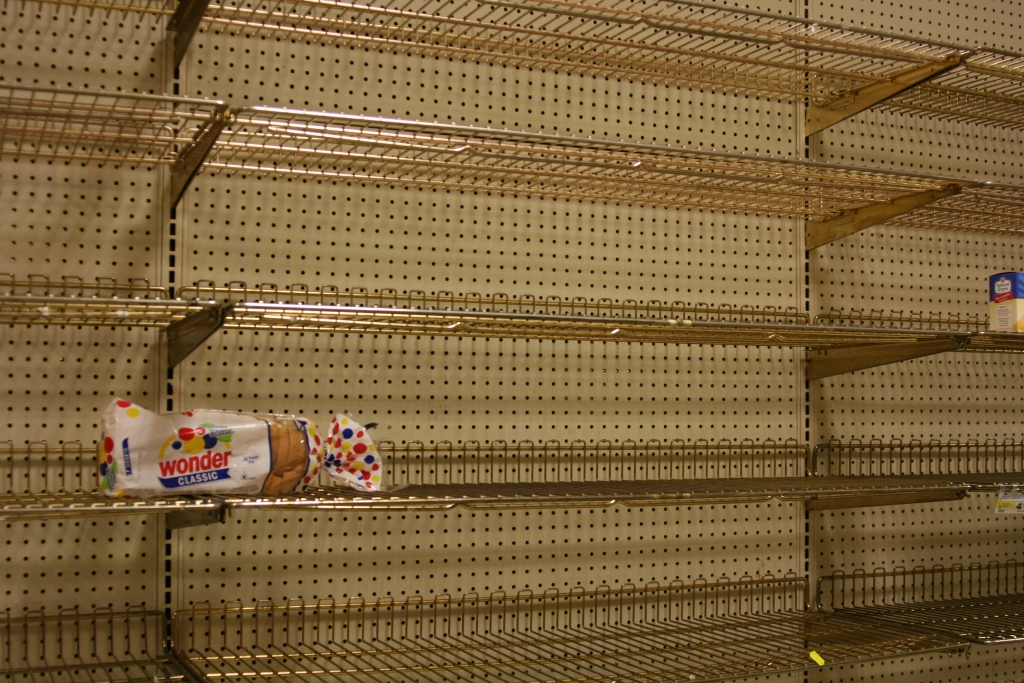 Why are people using foodbanks?

My new book ‘Hunger Pains: life inside foodbank Britain’ tells the stories of the people I met inside a Trussell Trust foodbank in North East England over an 18 month period. The experiences throughout the book offer a serious challenge to persistent myths that foodbank users are simply seeking emergency food as a result of flawed lifestyle choices.

In November 2013, as part of a wider project investigating health inequalities in Stockton-on-Tees, I trained as a foodbank volunteer to gain a full picture of how a foodbank actually works, who uses them, and why. Every week, I prepared the three days’ worth of food that goes into each food parcel. I dealt with the administration of the red vouchers required to receive food, making sure that anyone who needed further support was signposted to where it could be obtained. I weighed kilograms of food in and out. I volunteered at the collections at Tesco supermarkets, asking people to add an extra tin to their weekly shop. Most importantly, I sat and listened to the stories of the hundreds of people who came through the foodbank doors for emergency food.

The idea that more people are using foodbanks because there are more foodbanks is a popular one. But, in reality, people are using foodbanks as a last resort, when the benefit delays, sanctions, debt and low pay have finally caught up with them. Almost half of the reasons people cite for using foodbanks can be attributed to austerity-led welfare reform. During the research I found that benefit delays, sanctions and the bedroom tax were all central factors in the explosion in the numbers of people turning to foodbanks. Although research has repeatedly emphasised the link between foodbank use and welfare reform over the past five years, the government deny that a connection between the two exists. Instead, it chose to dismiss foodbank use as a lifestyle choice of those who are unable to budget properly or who would rather spend their money on cigarettes, flat screen televisions, alcohol, and iPhones. Perhaps unsurprisingly, I found that this political rhetoric had a strong influence on beliefs about foodbank use and deservingness, and could lead to stigma, shame, and embarrassment for the people who needed to use them. As a result, people would postpone asking for foodbank support until they were truly desperate.

That doesn’t mean some people won’t try to use foodbanks fraudulently. I met people during my time at the foodbank who could, on the surface, fit into the category of ‘abusing the system’. Paul, in his late 30s, was a long-term recovering heroin addict who had been to the foodbank at least nine times. Paul explained how he was on a three-month sanction for failing to turn up to an appointment at a private sector welfare-to-work company. I asked why he missed his appointment, and he replied: “I couldn’t be arsed to get out of bed”. He told me that he spent what little money he had on drugs, alcohol, his Xbox 360 and his dog.

I struggled with deciding whether to include Paul in the book at first, as I knew that on the face of it he fitted into many of the stereotypes surrounding foodbank (mis)use. But Paul wasn’t exactly enjoying a lavish lifestyle on benefits. He was bored, but had no realistic job prospects. He thought his history of being in and out of jail over a period of 20 years didn’t help with that. One of the reasons why Paul struggled to get out of bed in the morning was due to his mental health problems and tiredness, which were worsened by the heroin he has been taking for over half of his life. I wanted to tell Paul’s story because, on the surface, it would be all too easy for him to be branded with the ‘undeserving’ label so favoured by many politicians.

Debates over whether people are genuine are powerful ways to distract from the more important story that should be told about foodbank use. Food is a basic human right that shouldn’t be denied to someone just because they take drugs, smoke, or drink alcohol. Paul’s story shows how he does not fit into the stereotype of someone ‘living it up’ on benefits. He had a difficult life from a very early age, filled with physical abuse, drug misuse, mental health issues and countless periods in prison. Can Paul really be blamed for the ‘choices’ he is or isn’t making now?

We need to listen to the voices of people using the foodbank so that we can understand who uses them, why and what it feels like. David McAuley, Chief Executive of the Trussell Trust, said in April 2016 “It’s so important that any debate about hunger is centred on people’s real experiences”. To achieve this, there needs to be a new conversation about the everyday realities of using a foodbank.  It needs to focus on the complexities people face, whether they only use the foodbank once or are frequent visitors over time. We need to hear about the impossibility of managing when waiting three weeks for a delayed benefit payment, or when a sanction means six months with zero income. We need to think about poorly paid, insecure work which doesn’t protect people from poverty. We need to hear just how damaging the stigma, shame and negativity attached to people experiencing the sharp end of austerity can be, and how this can worsen already poor mental health. Maybe then we can start to do something about the continued growth of foodbank Britain.

Kayleigh Garthwaite is a Leverhulme Trust funded researcher in the Centre for Health and Inequalities Research, Durham University, UK. She is the author of Hunger Pains: Life inside foodbank Britain (Policy Press, 2016), co-author of Poverty and insecurity: Life in ‘low-pay, no-pay’ Britain (Policy Press, 2012), and winner of the 2013 British Academy Peter Townsend Award. She tweets as @KA_Garthwaite.