Ed Miliband, leader of the Labour party, has gone through a tough stretch recently with the polls seeming to narrow and his leadership being questioned from within his own ranks. Eunice Goes argues that none of the ideas put forward by the opposition have been fully developed or linked to a grand narrative. To make matters worse, after spending much time denouncing cuts, Miliband’s adoption of ‘austerity light’ smacks of inconsistency.

The leader of the Labour Party Ed Miliband came back from his holidays to face an avalanche of criticism from the media and from his own MPs and frontbenchers. What provoked this new wave of criticism was the invisibility of the shadow cabinet team from the main media stories of the past weeks as well as disappointing opinion polls (the latest poll gives a five point lead to Labour which statistically speaking is a non-existent lead). But at the heart of this restlessness is the sense that three years after Miliband promised to ‘turn the page’ on New Labour and to engage in ‘different ways of doing politics’, most voters still do not know why they should vote Labour at the next elections.

To make matters worse, the Conservatives have been quite successful at convincing voters that Labour is responsible for the debt crisis and in the past months they have managed to lead the political agenda on all the important policy areas, namely the economy, welfare, Europe and immigration. The conjunction of these factors was enough for some Labour MPs and even frontbenchers to start hitting the panic button.

It is not for shortage of ideas and policies that Labour finds itself in this position. If anything, there’s an almost embarrassing abundance of buzzwords, ideas and micro-policies being discussed in Labour circles. We have heard about ‘Blue Labour’, ‘the squeezed middle’, ‘left-wing supply-side revolutions’, ‘responsible capitalism’, ‘pre-distribution’, ‘One Nation Labour’ and ‘middle out economics’. We’ve heard as well about active industrial policies and the famous German model and about campaigns on the living wage. But none of these ideas has been fully developed or linked to a grand narrative.

It is to be expected that parties in opposition toy with different ideas, however Labour’s attempts at creating a compelling narrative that unites all those micro-policies and ideas have been marked by indecision and a lack of definition. This intellectual zigzagging is a symptom of a bigger problem. Labour does not yet know how to respond to the economic crisis which started with the near-implosion of the international financial system in 2008 and that mutated into a debt crisis. Without a persuasive and ideologically consistent response to this question Labour cannot win the elections.

Finding that coherent and compelling message is easier said than done. Firstly, and despite the media-obsession with personalities, party leaders have a limited ability to steer their parties in the direction they want. This is particularly true for Ed Miliband. After all, his election as Labour leader did not get the unanimous vote of the parliamentary party and many MPs and activists still have doubts about his leadership skills.

There are as well contextual reasons that explain Miliband’s difficulties. Historically, centre-left parties have been the ones that have paid the price for the crisis of capitalism by being voted out of office. The situation is not different now. A quick look around Europe and we can see how centre-right parties in government have successfully managed to transform a crisis of capitalism into a crisis of the state. By contrast, the social-democratic left is in retreat. Even those rare centre-left parties that are in power have partly accepted the narrative of their opponents by succumbing to austerity policies. For instance, in Denmark, the coalition government led by the social-democratic leader Helle Thorning-Schmidt has implemented vast public spending cuts. As for those who were vigorous in their denunciation of austerity policies, like the French president François Hollande, they are now cutting public spending and downsizing the welfare state.

In this context the current difficulties of Labour are easier to understand. When Ed Miliband became leader of the Labour Party in September 2010 his discourse was closer to a social-democratic narrative. He was very candid about his assessment of New Labour’s uncritical endorsement of casino capitalism, he stressed his egalitarian values and a vague Keynesian approach to deficit reduction could be discerned from his speeches. He also seemed to be aware that the global economic crisis offered an opportunity for the renewal of social-democratic values.

This discourse had the merit of being ideologically coherent, but as Peter Hall argued, in politics it is not enough to have good and sound ideas. In order to gain currency ideas need to meet three criteria: 1) they need to be relevant 2) they need to be clear and easy to understand by the target audience; 3) and they need to be endorsed and sponsored by relevant actors.

Miliband’s initial approach to the economic crisis met the first criteria but missed the second and third. Miliband’s critique of the coalition’s approach to deficit reduction was difficult to understand especially because Labour was associated with the financial crisis. Keynes’s ‘paradox of thrift’ is a complex concept to present to the electorate in an age of sound-bites, whereas the coalition’s morality tale about Labour’s having ‘maxed-up the nation’s credit card’ has a resonance with voters’ experiences. More importantly, Miliband’s approach to deficit reduction failed to gain the support of relevant actors. Both the agenda-setting media and Labour’s Blairite wing thought he was too left-wing. Moreover, both equate political credibility with the endorsement of some form of austerity despite the fact that the coalition’s spending cuts have had a negligible effect on public deficit reduction.

Without successful examples from which to draw inspiration and confronted with an hostile media and a reluctant parliamentary party, Miliband and his frontbench seem to have accepted that it is impossible to change the public’s perception about the real causes of Britain’s debt crisis. As a result Labour has succumbed to the austerity narrative of the coalition government.

Miliband’s and Balls’s recent announcements on the economy and welfare still contain a distinctive Labour flavour (in particular with regards to party’s announcements on public borrowing and industrial policy), but the emphasis placed on the acceptance of the coalition’s spending cuts (for just the first year in government) and on the cap on welfare benefits left no doubts about the party’s shift into Blairite territory. The words chosen by Ed Balls to announce Labour’s version of austerity are quite telling. In his speech, Balls announced the ‘tough message’ that Labour would follow a ‘tough deficit reduction plan’, based on ‘tough fiscal rules’ and ‘iron discipline’. In parallel with the endorsement of austerity-light, Labour has also hardened its discourse on welfare and on immigration.

This shift may have pleased the Blairite wing of the party and the leader writers of the “Daily Mail” but it created new difficulties for Ed Miliband. The first one is related to the consistency of Labour’s message. After spending the best part of three years attacking the coalition’s austerity measures voters will have difficulty in understanding why Labour is now defending austerity-light. If the ‘paradox of thrift’ was difficult to understand, the belated endorsement of spending cuts does not win prizes for clarity and consistency. More worryingly though is that this shift to the right will make it harder for Labour to present a distinct message to voters. As any observer of politics knows, in electoral competition party differentiation is crucial. But if the differences between the two main parties on the crucial question of how to handle the economy are microscopic, the next elections will be decided on presentation and leadership skills. If this is the case, Labour knows that this will be a battle it cannot win.

Dr. Eunice Goes is an Associate Professor at Richmond University. Her research looks at political parties and ideologies and she is writing a book on the Labour Party under Ed Miliband. Contact: eunice.goes@richmond.ac.uk 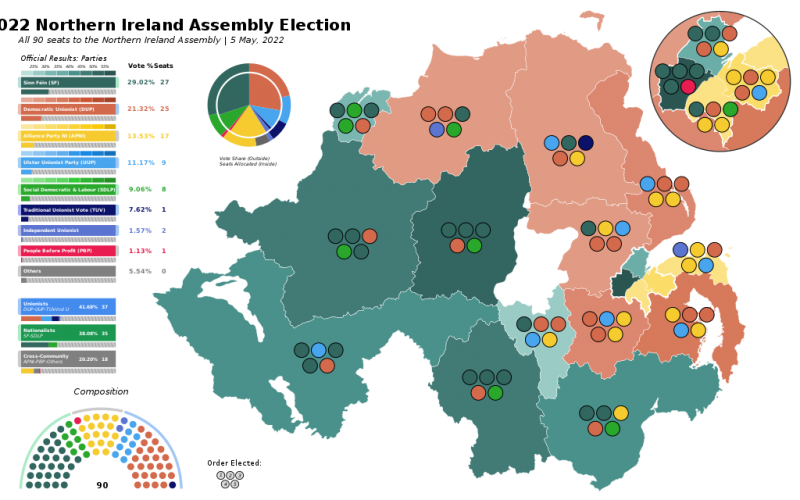