On the issue of Europe, the difference between the two champers of the UK parliament is wide. The House of Lords stands out for producing high-quality, in-depth and relevant reports of relevance while discussions in the House of Commons tend to be heated and ill-informed. Julie Smith examines why this is the case.

If you listen to debates on the EU in the two chambers of the British parliament, you could be forgiven for thinking you have landed on two different planets. In the Commons, plenary debates on Europe are heated and often hostile, with Euroscepticism the order of the day. Few MPs display great insight into matters European but they do express themselves with passion. Meanwhile in the Lords the vast majority of members are pro-European, with debate harking back to another age when Britain’s membership of the EU was thought to be settled and broadly beneficial.

The European committees in the two Houses are quite different too. In recent years, the House of Commons European Scrutiny Committee, chaired in the last Parliament by veteran Tory Eurosceptic Sir William (Bill) Cash, has tended to be of interest more to sceptics than the bulk of parliamentarians. Its focus is on scrutiny of EU matters and while Bill Cash is both expert and very assiduous in his work on Europe, the committee has tended not to enjoy the sort of publicity of the Public Accounts Committee when it was chaired by Margaret Hodge or the Home Affairs Committee chaired by Keith Vaz.

The Lords European Union Select Committee meanwhile has an international reputation for the quality of its reports, which tend to be in-depth and well-informed, often directed more at the EU institutions than at the British Government. Membership of this committee and its six thematic sub-committees is prestigious and members are frequently already experts in European affairs before they join.

Why are the two chambers so different?

In part, it’s because the Commons is elected and the Lords is appointed. MPs are accountable to their constituents and invariably to their local parties/constituency associations. Thus, as Euroscepticism has grown over the last two decades, so many MPs have felt obliged to reflect what they believe to be their voters’ opinions. This was particularly true for Conservative MPs in the last Parliament as most had been adopted by very Eurosceptic constituency associations.

Peers are not subject to such constraints; they are generally able to exercise their judgement in traditional Burkean fashion – where an elected official represents their own views as opposed to their electors – rather than dancing to anyone else’s tune.

Those peers who take a party whip are obviously expected to stick by the party line, but in practice the official position of the Conservatives, Labour and the Liberal Democrats is to remain in the EU, so there is not too much of a problem reflecting pro-European sentiments.

For cross-benchers, there are even fewer constraints, and those who come from a Foreign Office background will draw on that to inform the debate in the Lords and bring their expertise to its committees.

The electoral dimension impacts in other ways too. For MPs, the focus is nearly always on the domestic, on the more immediate concerns of the electorate. Few MPs have the luxury of devoting themselves to international or even EU affairs however much these matters affect their constituents. Nor are they encouraged to visit other parliaments to exchange views and best practice with their counterparts in other European parliaments. A trip abroad is time in the constituency foregone and is not appreciated in contemporary British politics.

By contrast, peers retain the freedom to undertake such visits and are encouraged to focus on specific areas, gaining or retaining expertise rather than being the generalists that their Commons colleagues are required to be.

Similar disengagement in other national parliaments?

Yes and no. While the allure of the local clearly affects constituency MPs in most states, with Irish MPs facing even more demands on their time than members of the House of Commons, two parliaments in particular offer examples of far greater engagement.

Danish MPs mandate their ministers before they head into negotiations, while the Dutch lower house, the Tweede Kamer, has ‘mainstreamed’ European affairs. Whereas the British PM and other ministers have a free hand in negotiations in the European Council and Council of the Union, the Danish parliament mandates ministers to act a certain way.

This has the advantage of giving MPs considerable leverage, rendering ministers directly accountable to parliament. Yet, if this approach might look like a good model to follow, it’s worth bearing in mind that tying the hands of ministers has downsides as well: it reduces their flexibility in negotiations, so the final outcomes might not be as good as ministers could achieve if left to their own devices. Perhaps Westminster could do more to influence the government at least.

The Prime Minister does report back to the House of Commons after the (increasingly frequent) European Council meetings and MPs thus have a chance to question him, but too late to have an influence on the Government’s actions. Although when the EU member states were discussing the EU Fiscal Compact Treaty Bill Cash did manage to secure an Emergency Debate before the relevant summit meeting, ensuring that ministers did know the views of MPs.

Over the last year, the Lords have begun to invite Europe Minister, David Lidington, to give evidence to them ahead of European Council meetings, so they can share their views before the Prime Minister meets his European partners rather than merely quizzing him on his return. Further moves in this direction can only enhance ministerial accountability and bring much needed transparency to European affairs in Westminster.

The Dutch may also have some lessons to offer. Following the ‘no’ vote in the 2005 referendum on the Constitutional Treaty, which reflected a clear disconnect between Dutch citizens and their politicians, the Tweede Kamer began to take European affairs far more seriously, with departmental committees all considering European affairs, rather than side-lining them to an EU committee.

In an ideal world, the Commons would do likewise. But would MPs really take the time to engage? The Irish example suggests it would be a challenge. Common Mars and Lord Venus are likely to remain worlds apart for the foreseeable future, as we are bound to see when the EU Referendum Bill 2015 arrives in the Lords next month after a tumultuous journey through the Commons.

Note: This article was originally published on The UK in a Changing EU blog.

Julie Smith is Director of the European Centre at POLIS, Cambridge University and a member of the House of Lords. 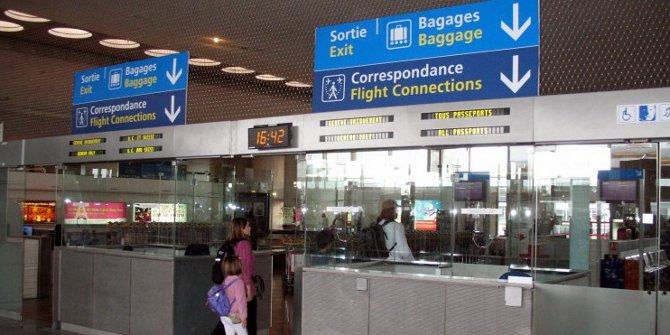