Brexit has made a coherent position on immigration urgent for Britain’s political parties, but Labour’s inability to reach one is not new. Erica Consterdine explains how Tony Blair’s belief in the benefits of globalisation turned Britain into a ‘migration state’. This decision, however, was costly for the party, which is now having a hard time satisfying its electoral base, which holds opposing views on the matter.

Few would deny that Corbyn has, or is, transforming the Labour Party. While both Corbyn and former leader Ed Miliband have tried to give the Party a facelift, there’s one issue that neither has managed to resolve: immigration. It’s an uncomfortable issue, and one that Labour has long tried to avoid. But the referendum result has starkly demonstrated that it is an issue that the British electorate is deeply concerned about. So why can’t Labour provide answers?

We’ve heard a stream of comments from Corbyn and his Shadow Cabinet in the last twelve months: from guaranteeing EU nationals’ residence rights, to free movement ending after Brexit, to opening up unskilled migration routes. In July, Corbyn told Andrew Marr that there would be no ‘importation of underpaid workers from Central Europe to destroy [working] conditions’. Politicians often dart the issue, but the statements from Labour in the last year are inconsistent, to say the least.

But, in Corbyn’s defence, he has to conjure a coherent response to one of Britain’s greatest political predicaments: Brexit. Yet Miliband’s immigration policy was just as contradictory, because he recognised but didn’t resolve the dilemma between Labour’s two electoral bases: their cosmopolitan “wine drinking” liberals at ease with diversity, and their protectionist “beer drinkers” demanding less immigration. What resulted was an immigration policy under Miliband that mirrored the Conservative’s – bar an EU referendum pledge.

Whilst Brexit makes a coherent position on immigration urgent, Labour’s problem is not a new one. In fact, all centrist parties struggle with their positioning on immigration, and for good reason: it’s an ideological conundrum. This is precisely why the Conservatives – who also struggle to fashion an ideologically coherent stance on the issue – and Labour held a bipartisan consensus in the post-war period that successful integration required limited immigration. This meant both parties could duck the issue and keep it off the agenda.

But this all changed when Blair became Labour leader and finally gave his Party a long-awaited victory; one with huge legacies for British politics.

The Labour Party that entered office in 1997 was an unrecognisable force in contrast to Neil Kinnock’s regime. Blair’s Labour was all about change: modernising, equality through free markets, the so-called third way; privileging the individual whilst emphasising communitarianism. Above all, it was new.

Blair’s diagnosis was that the world was changing fast, that it was becoming more interconnected, more globalised, and Britain needed to keep up or get left behind. The belief that globalisation was inevitable and intrinsically good was at the heart of third-way politics. It was the New Labour project. It permeated most public policies and every speech.

As Cameron mirrored Blair, so Blair accommodated Thatcher: There Is No Alternative (TINA). So strong was Blair’s belief that ‘I hear people say we have to stop and debate globalisation. You might as well debate whether autumn should follow summer’, the New Labour administration dared to do what no other government had ever done: expand economic immigration. 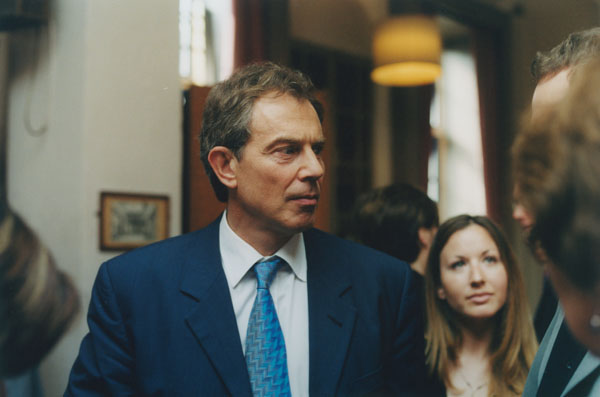 But Blair and his team did not enter office with a strategic plan to overhaul immigration, quite the opposite. There wasn’t much of a strategic plan. Cabinet ministers so enthralled with the globalist TINA ideology started tinkering with immigration routes in their remit: the Department for Education wanted more international students, the Treasury wanted more high skilled migrants, the Department of Trade and Industry wanted more IT specialists, the Foreign and Commonwealth Office wanted to build relations with Central and Eastern European nations. These weren’t thought of as a tangent collective, but they were all driven by the same third-way logic. And here was borne the managed migration policy and the making of the migration state.

It was a bold and, whilst based on a calculated vision of a globalised economy including a flexible labour market policy, possibly the most progressive immigration policy the Western world has seen. It changed Britain, forging it into a truly multicultural state.

But it was electorally costly for the Party. The legacy of this immigration policy is also part of the road to Brexit, and it has unwittingly exposed Labour’s ideological tensions between cosmopolitan internationalism and welfare state/labour market protectionism. These tensions were always there. The difference is that now the Party cannot duck the issue. the problem for Labour is not immigration per se, but rather what it exposes about the Party’ ideological core and purpose. As Jon Curtice wrote, with questions of immigration and identity at its core, the referendum on Britain’s membership of the EU inevitably cut across Labour’s electoral coalition. To have any chance of winning office, Labour needs to win back its lost traditional working-class voters, whilst retaining their liberal metropolitan (so-called Blairite) base.

But appealing simultaneously to the concerns of London voters and the very different interests of voters in the de-industrialized North is a massive challenge, and possibly an insurmountable one. This is the progressive dilemma of Labour; one brought to the fore by New Labour’s immigration regime, and if left unresolved may signal their demise as a key political force.

Labour faces a dilemma on immigration, but this goes beyond the policy direction and strategy of immigration specifically. The dilemma it faces is an exemplification of the core dilemma for the centre-left in today’s political context: it is a wider identity crisis, and one without easy answers, about who the Party represents and what its ideological purpose is.

Ideologically, there is no fixed path for the centre-left on immigration, but this tells us a wider story about the identity of the Labour Party. It points to a lack of, or at the very least confidence in, a core, coherent ideology, and hints at the underlying uneasiness between internationalism and nationalism. Labour is not alone in this battle; centre-left parties across the Western world are struggling to fashion concrete answers, which is ultimately symptomatic of how or even whether social democracy can be revived in today’s political context.

The Labour government’s managed migration policy has highlighted a deep division in the party’s electoral bases, and in turn brought its ideological tension to the fore. Perhaps this is New Labour’s greatest legacy.

Note: this article draws from the findings of the author’s forthcoming book, Labour’s Immigration Policy: The Making of the Migration State.

Erica Consterdine is a Research Fellow at the Department of Politics and Contemporary European Studies, School of Law, Politics and Sociology, University of Sussex.