Jeremy Corbyn’s first shadow cabinet reshuffle was as controversial as it was somewhat chaotic, not least for his decision to sack Michael Dugher and Pat McFadden for disloyalty. Some have argued Corbyn is right to expect unity from the Parliamentary Labour Party (PLP). Others argued the move is evidence Labour is ‘losing the essential characteristics’ of a political party, in which decision-making is based on compromise rather than on the dismissal of opposing views.

Yet the organisational changes that have led to the party’s current predicament are not in any way extreme or unusual. In fact, the changes that began with the realisation of One Member One Vote rules in 2014, which came to include registered supporters as well as members, are part of a general trend seen across European political parties. Parties are moving towards more open structures through widening affiliation options beyond formal membership and expanding policy rights for both members and supporters. What Labour’s particular experience of these changes has highlighted is their impact, not just on the ideological direction of the party, but on its representational traditions. So if Labour is losing the essential characteristics of a political party, this is not just because its leader does not command the support of his parliamentary colleagues, but because the very basis of representational legitimacy and source of authority within the party has shifted.

When introducing the changes to leadership selection which would later see the unexpected election of Jeremy Corbyn, Ed Miliband said:

I was talking with somebody in Westminster in July, just after I announced these reforms, and they said to me in a classic Labour Party way: “What if all these new people did come into the party, where would we be then?” I’ll tell you where we would be: We would be a much better party for it.

It would be hard now to find many in the PLP who would agree with this sentiment. Yet the idea that party member and supporter numbers are a value in themselves has been championed by party elites for the past two decades. The connection between member numbers and party strength, which emerged fully under the leadership of Tony Blair had, by Ed Miliband’s tenure, become cemented in party organisational philosophy. Party members and supporters are quite clearly a valuable source of volunteer labour, money and, less tangibly but no less importantly, providing a link between parties and the electorate. What is less understood is how changing rules to encourage greater numerical support can shape the basis of a party.

Party membership rights can be a tool for party leaders to shape their party. The expansion and individualisation of leader selection under Tony Blair is widely viewed as having diluted ideologically extreme elements of local parties. Likewise, Ed Miliband’s reforms to leadership selection came hot on the heels of criticisms directed at Union influence in party selections. Modernisation and democratisation are not necessarily the primary goal of changes to member rights. Yet by reshaping membership rights, parties also reshape members.

In countries such as Israel and Iceland where party primaries for selection are common, significant fluctuations in party support occur around such contests. The nature of this attachment is not only more fluid, but less partisan, in some cases overlapping with membership of other parties. And while the benefits for democratic engagement and profile-raising for the party are not necessarily matched by longer term benefits of volunteer support and regular finance, in Labour’s case it appears that newer supporters are not lacking in commitment. Many have converted to full membership and party members have spoken to me of constituency meeting attendance burgeoning, though undoubtedly some recruits have a very specific agenda. The question remains as to how long this will last. Local party meetings, fundraisers and street stalls may not satisfy all of those initially attracted by more direct democratic opportunities.

Yet a shift in the nature of party support is not the only change set in motion by the widening of affiliation type and opportunities for participation. In ‘Parties and Their Members’ Susan Scarrow argues that these organisational shifts – the move towards ‘multi-speed’ membership – have the potential to create tensions within parties, particularly when new affiliation categories are layered on top of existing membership structures. This is especially the case she argues, in parties which have developed from a group-representation model of party organisation. Such moves challenge representational legitimacy in these parties, shifting the source of authority within them.

This tension is neatly illustrated in Labour’s case by the last-minute screening of registered supporters during the summer of the leadership contest. Registered supporters were subject to a new vetting procedure to establish how genuine their support was. It was a procedure not considered necessary under the previous rules when up to 2.7 million ballots were sent to union affiliates regardless of the authenticity of their support. It would appear that whilst the party is moving to a more open model, the move is not a comfortable one, even in a party which through its trade union link has always included non-member support in organisational decision-making.

These fundamental shifts in representational authority – in who the party is responsible to, in its sense of ownership and leadership accountability – underpin many of the tensions Labour is now dealing with. Labour finds itself with a leader with a huge mandate from the party’s grassroots but not from his Parliamentary colleagues; the grassroots have swollen in number and party members find themselves with greater influence than ever before with the promise of more rights in selection and future policy.

These changes have arisen from a shift in representational authority that began even before Jeremy Corbyn received those last few candidate nominations on 15 June 2015. It remains to be seen what long term consequences this will have for the nature of support in the party. In the short term, its leader will need to find a way to realise his ‘new politics of engagement and involvement’ within a party that is anything but comfortable with organising in that way. As succinctly put recently on this blog, the Labour Party is not Podemos. But campaign issues and communication strategies are not the only obstacles Corbyn needs to overcome. His battle is with the very traditions of representation in the party.

Jessica Garland is an ESRC funded doctoral researcher at the University of Sussex working on political party organisation and membership. She tweets as @JessicaJGarland 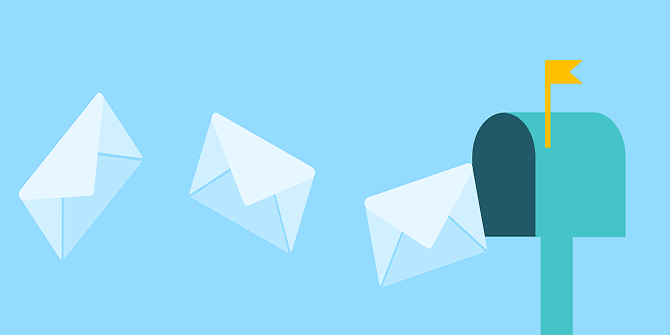 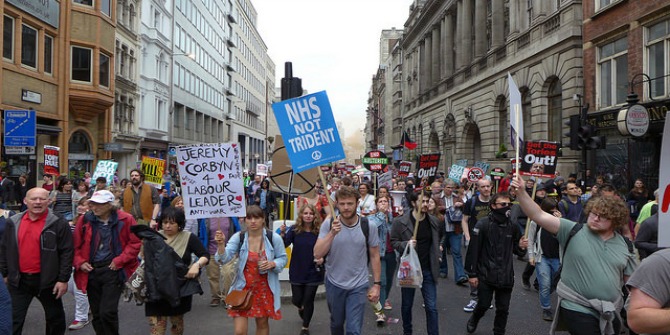