In the face of lower than expected growth, pressure is building on the Chancellor George Osborne, to bring forward strategies that will boost employment and growth in the short term. Will Tanner argues that poorly targeted strategies like support for small and medium-sized enterprises, increased infrastructure spending, and support for new mortgages are actually more likely to make things worse. Instead, the Chancellor must hold firm, and ensure greater consistency in the government’s economic policies.

In a week’s time, the Office for Budget Responsibility will present its latest forecasts for economic growth alongside the Chancellor’s Autumn Statement. The OBR will almost certainly revise down its central forecast for growth over this Parliament, throwing into doubt the Government’s deficit reduction targets. Yet whatever the predictions, George Osborne must resist the ten point plans and shopping lists of initiatives to “fix” the economy in the face of weaker-than-expected growth.

Instead, as Reform’s new report argues, the Chancellor must hold his nerve. All of the evidence shows that fiscal crises originating from financial crises are protracted and severe. The levels of debt in the economy prior to the recession had reached unsustainable proportions, with household debt reaching 169 per cent of household income in 2008, up from 112 per cent in 2000, as shown in Figure 1. The UK must therefore go through a painful but necessary period of deleveraging. And even under the best economic scenario, the programme of austerity should always have been a ten-year project, the first Parliamentary term reducing the deficit, the second consolidating the gains. 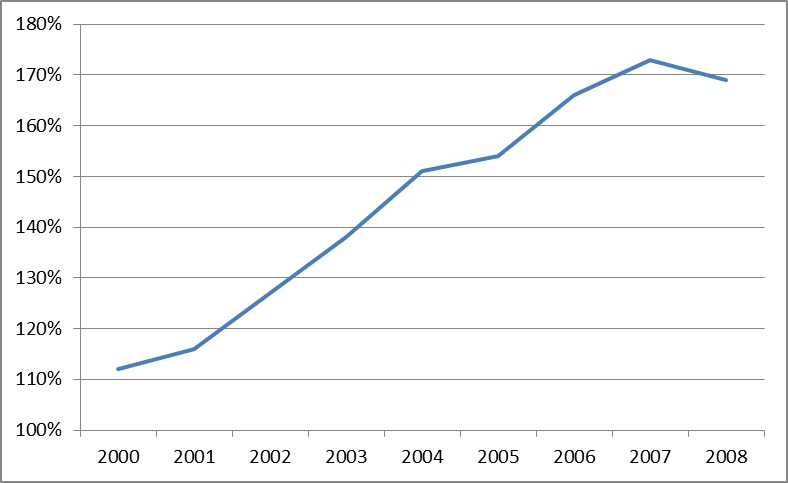 Yet the voices calling on the Chancellor to “do something” would have him believe that short-term initiatives can instantaneously revive the UK’s economic fortunes. In fact, they are likely to make things worse. As Gordon Brown’s time as Chancellor demonstrated, micro changes to tax and regulation actually undermine investor confidence and damage productivity.

Take, for instance, proposals to target policies to support small and medium-sized enterprises (SMEs). While SMEs comprise 99.9 per cent of businesses in the UK, they are not the main breadwinner of the economy. In fact, as Figure 2 below demonstrates, SMEs contribute proportionally far less to employment, turnover and taxation. As such, business policy should not be targeted according to firm size but aim to improve the environment for all firms.

Figure 2 – The contribution of SMEs to the UK economy 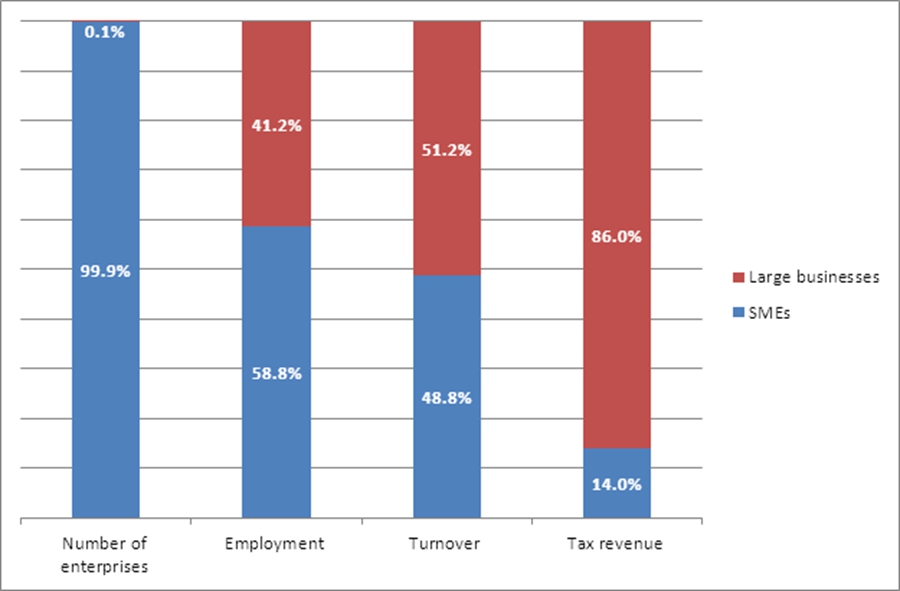 The same is true of those urging the Government to bring forward infrastructure spending to create jobs. The days of building infrastructure with high volumes of manpower with picks and shovels are long gone. Modern infrastructure projects, including green infrastructure, are capital intensive and largely employ skilled labour. They are therefore unlikely to have the immediate effect on the unemployment queue that many claim, and are equally unlikely to be situated where jobs are needed most.  Shifting forward infrastructure spending also increases the risk of the wrong project being pursued. Nothing illustrates this more than Monday’s launch of the Get Britain Building Fund, which threatens to repeat the mistakes of encouraging sub-prime loans and developments that nobody wants.

The most important factor for growth is consistency. For this reason, the Government should focus on ironing out the existing inconsistencies in its current policies, rather than creating more. The Government’s ambition to show that the UK is open for business is inconsistent with its restriction of skilled migration and intransigence on labour market and health and safety reform. The recognition that private funds will be needed to finance infrastructure projects is undermined by windfall taxes on North Sea Oil producers and a PFI rebate. Similarly, asking banks to lend more to business is counterintuitive while simultaneously imposing higher capital ratios and restricting risk. The list could go on.

If the Government delivers on consistency, then business confidence, and with it economic credibility and growth, will follow in the medium term. Next week’s Autumn Statement must recognise that what matters most for growth is not the immediate horizon but the long-term potential of the economy. Mistakes made over the last decade mean that the UK now needs to go through a period of low growth and belt-tightening. Yet by playing its cards right, and holding firm in the face of short-term pain, the UK could create a stronger and fairer economy.