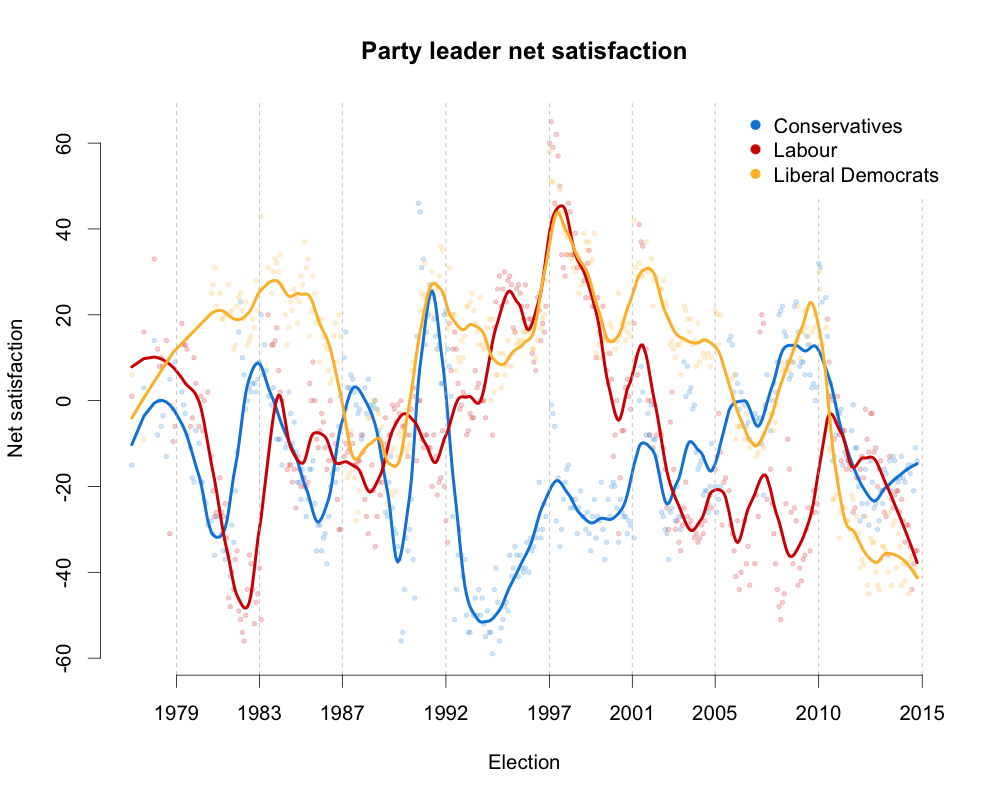 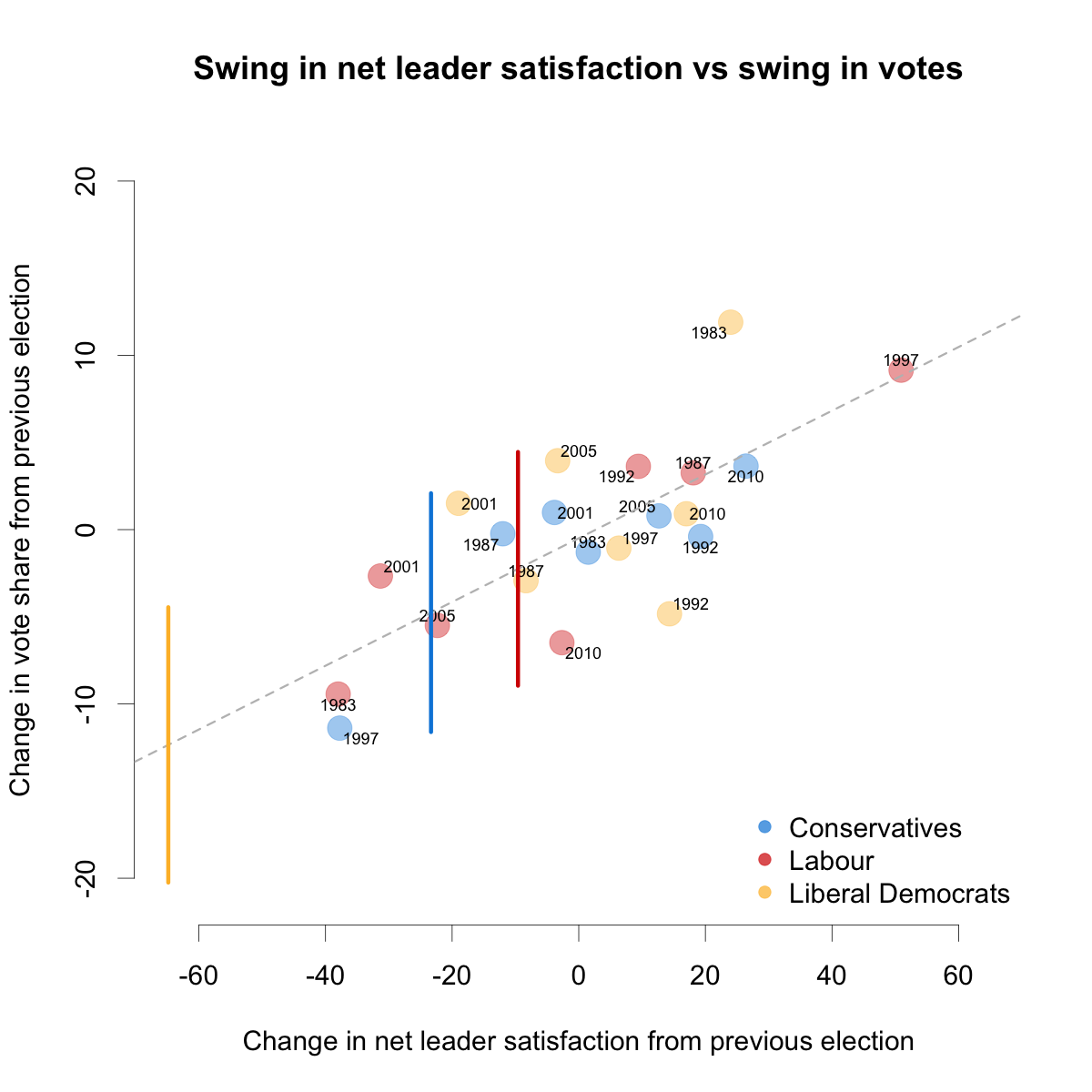 Note: Only party leaders from Labour, the Conservatives, and the Liberal Democrats are analysed here. Prior to 1989 I consider David Steel to be the leader of the Liberals. Results are unaffected by including Roy Jenkins or David Owen from the SDP. Geoffrey Evans and Jon Mellon have some recent work showing that party leader approval ratings are particularly important for UKIP. There is more work on the impact of party leaders here, here, here, and here. Thanks are due to Simon Hix and Ben Lauderdale for their help with this post. All errors remain my own.