The justification for such move was to centralise activity for health security and pandemic preparedness – combining the newly-created Joint Centre for Biosecurity, NHS Test and Trace, alongside public health teams working to manage the response. Strangely, this new institution shows remarkable similarities to PHE’s predecessor, the Health Protection Agency, which was disbanded by a previous Conservative Government as part of the Lansley reforms to public health – a full U-turn that we have become all too used to in the government’s response to COVID-19. However, a restructure of this nature poses several very real and serious problems:

Firstly, the new institution will have the primary focus of ‘control[ing] infectious disease and dealing with pandemics or health protection crises’ – notably absent from this is all the rest of the public health work that PHE does, particularly around health improvement. For example, its efforts in childhood vaccination, obesity prevention, tobacco control, cervical screening – all the other areas of public health that we don’t necessarily see, but that provide the bedrock of a healthy society. Alarmingly, what happens to these other functions of public health is still not decided, with the Department of Health and Social Care suggesting that they will decide over coming weeks and months. This is short-sited. It is these prevention efforts which not only arguably improve broader population’s health beyond COVID, but these very health conditions are risk factors in COVID and need to continue to be managed.

Secondly, the shift to create the new institution will take months, and (hopefully) will involve a number of consultations and in-house reviews. The government’s aim was to have this institution up and running before a second wave. This is not only unrealistic from an organisational standpoint, but ultimately dangerous. The focus for public health colleagues right now should be COVID-19, and the further development of a sustained response against the pandemic. Speaking informally with colleagues at PHE in the past days, some people don’t know what jobs they’ll have, if they’ll have one at all, not sure what this means for current COVID policy and if they should be continuing with their work. Moreover, morale is low across the health sector, and mental health concerns are increasing amongst a community who have been working exceptionally long hours for months. This may have knock on effects on workforce activity on the response in the coming weeks and months. This is not to mention the additional costs of the re-brand, when we’re heading into a major recession and government spending is soaring.

Thirdly, shifting governance structures amid a major epidemic doesn’t work. As Sophie Harman and I argued during Ebola in West-Africa, the creation of new public health institutions during pandemics is risky, causes confusion and ultimately detracts from a coordinated response. The creation of United Nations Mission for Ebola Emergency Response in 2014 created uncertain and conflicting mandates amongst other responding institutions such as the World Health Organization and United Nations Office for Coordination of Humanitarian Affairs, and even conflicting working practices, language, and protocols for responding to a pandemic, leading to unnecessary confusion amongst staff on the ground.

Fourth, it is not clear why the decision was made to axe PHE in the first place, raising concerns about the due process and decision making which went into this restructure. There is not, to my knowledge, an internal or external review of the UK government’s response to COVID thus far, or that of PHE’s role within the pandemic on which to make such a major decision. Johnson stated in July that whilst he would convene such an inquiry, this should happen after the pandemic was over. Thus, it seems premature to make such a decision to change public health structures, bringing major anxiety to many lives, as well as the associated disruption to the pandemic response and other public health functions. Such as decision should be thoroughly evidenced and published in the public domain – and include consultations within the sector and beyond to understand the impact on those who currently work for PHE, and indeed on the potential to disrupt the COVID-19 response.

Fifth, it appears that missing in the decision-making was analysis of the structure and mandate of PHE – considering what it can and cannot do on paper and owing to its budget. A review of PHE in 2017 stated that the institution ‘rivals any in the world’ and ‘exceeds the standards outlined in the UK Government Cabinet Office Model of Capability for delivery, leadership and strategy’. So, what’s changed in the last months to warrant this shift? PHE is not perfect (is any institution?) – but it is the result of how it was established, what its mandate is/was, and how much power it is given by central government. For example, one of the critiques it has faced during COVID has been the delay in testing, but this is the responsibility of DHSC, and not PHE. Moreover, it had a budget last year of £300m, heavily reduced over a decade of austerity which cut services to public health in particular. How would it have been able to meaningfully respond to a pandemic if it isn’t given the resources and authority to do so?

Sixth, we have not seen a commitment to a new government response to COVID-19 as part of the restructure. It is not clear whether there are going to be new policies, whether the UK will pursue a zero-COVID response as part of this shift, or continue to open up society whilst the virus remains in circulation, suggested to be well into 2021 by Chief Medical Officer Chris Whitty.

However, PHE provides a convenient scapegoat for the Johnson government’s failures in responding to COVID-19. I wait with anticipation in the coming months when the inquiry considers the management of the pandemic, and government officials blame PHE, and in doing so absolve themselves of responsibility – despite Hancock, as Secretary of State for Health, ultimately being responsible for PHE as well. Arguably, this is a distraction from the biggest public health challenge we have faced in a century. Why start this process now? 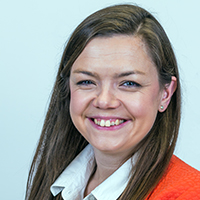 Clare Wenham is Assistant Professor of Global Health Policy at the LSE.