With citizen distrust of politics steadily rising, bringing ethical concerns into mainstream public life is the most urgent political project, argues Bob Hudson. He writes that a mix of best practice, regulation, and legislation would help institutionalise the principles that ought to be guiding decision-making.

There has probably never been so much talk of mistrust and betrayal in British public affairs since Lord Haw-Haw’s radio programme Germany Calling was broadcast throughout the Second World War. Since the 2016 EU referendum, the nation seems to have been standing at a moral crossroad in public life, unsure of which route to take. The referendum was conducted on the basis of multiple deceptions – about the NHS, Turkey’s membership of the EU, immigration from the Middle East, gross breaches of electoral law and more. All the old conventions around honesty and honour had gone; all that mattered was winning. And now the UK has a Prime Minister widely perceived to be careless with the truth and who – in the midst of crisis – attempted to suspend parliament for the longest period in modern history.

Despite all of this, discussions on ethics and ethical behaviour in public life are rare. On the few occasions that politicians acknowledge the place of ethics, it tends to be confined to distinct ‘moral dilemmas’ thought suitable for a vote of conscience, such as abortion, civil marriage, and assisted dying. Our spiritual leaders tend to be seen as appropriate moral arbiters for these matters, but risk political outrage if they stray into wider matters such as poverty and inequality. In reality, the relationship between politics, public policy, and ethics is much more intertwined. Ethical considerations are at the heart of what governments ought to do and ought not to do; they are central to the principles that should guide decision-making; they underpin how a problem is defined, how a response is shaped, and how an evaluation is framed. In short, ethical neutrality by the state – or business – is simply not an option.

The time is long overdue for a fresh approach that seeks to rekindle trust in public life by putting in place robust expectations of ethical behaviour along with serious consequences for breaches. The first step in this process is to find some agreement on what sort of ethical standards are appropriate – to operationalise ideas about good and bad, right and wrong, into a practicable code of behaviour. In England the most notable attempt to address the place of ethics in public life has the creation of the Committee on Standards in Public Life (CSPL) by the then Prime Minister, John Major, in 1994. The task of the CSPL is ‘to examine concerns about standards of conduct of all holders of public office, including arrangements relating to financial and commercial activities’. The Committee went on to create the seven principles of public life, now usually referred to as the ‘Nolan Principles’: selflessness, integrity, objectivity, accountability’ openness, honesty, and leadership.

Despite the best efforts of the small and under-powered CSPL there is little evidence to suggest that these recommendations are routinely understood and observed. Moreover some further refinement may be needed in order to consider the place of other compelling ethical concepts such as respect, concern, responsibility, competence, trust, wisdom, kindness, justice, equity and service. But even this is not enough; further measures will then be needed to institutionalise the ethical imperative. These measures could be a mix of best practice, regulation, and legislation that includes the following:

This involves a clear message from the top of any organisation, public, voluntary or private, that ethical behaviour really matters. The recent spate of scandals around the care of adults with complex needs – Winterbourne View, Whorlton Hall, Muckamore Abbey and others – suggests this is not a routine occurrence. One useful counterpoint from the field of education is the Ethical Leadership Commission – an influential body founded recently by head teachers to come up with a set of values to help school leaders navigate a ‘moral maze’ in which a preoccupation with results has led to such incidents as ‘off-rolling’, exam cheating and channelling students into easier subjects. Indeed, the Commission took as its starting point the Nolan principles, and over a hundred schools are now trialling the framework in relation to real-life dilemmas.

But it cannot just be about leadership; managers and front-line practitioners also need time and space to develop and apply ethical competence. The pending Royal Institution Christmas lecture by Dr Hannah Fry will be proposing just such a requirement for scientists to reflect more deeply on the possible applications of their work.

Respect for evidence is crucial in challenging the ‘post-truth’ model of politics and policy-making. Robust policy design is crucial as too many policies are flawed in design and therefore fail to address the problems they were set up to solve, a deficiency that is then compounded by inadequate use of data in monitoring policy implementation. Perhaps surprisingly, a different approach is (in principle) in place In the USA where the Commission on Evidence-Based Policymaking (set up pre-Trump in 2016) issued its final report 18 months later. This outlined a vision for ‘a future in which rigorous evidence is created efficiently as a routine part of government operations and used to construct effective public policy’. These recommendations subsequently became federal law in the Foundations for Evidence-Based Policymaking Act, 2017. They obviously face a stern implementation test under the current presidential regime.

Given the outsourcing of so many aspects of public services, it is vital to also look at issues of governance and purpose in company law. Corporations in the UK were originally established with clear public purposes; it is only over the last half century that corporate purpose has come to be equated solely with profit and the primacy of shareholder interest. A reconceptualisation of the corporation around social purpose and mission is long overdue – indeed, even the largest US companies are now acknowledging this point as are over 200 ‘B Corps’ companies in the UK that say they are committed to giving equal weight to ‘planet, people and profit’. In the UK, a comprehensive report from the British Academy strongly argues the case for replacing property right views of ownership with a model rooted in a redefined corporate purpose within which companies are expected to perform significant social functions. This implies very different structures of governance that would include direct workers, service users and citizens.

Finally there is the need for some form of institutional check on breaches of integrity. As currently constituted the CSPL lacks the powers to undertake such a role but could be the vehicle for a more robust approach. Stronger models certainly exist elsewhere. In Australia the National Integrity Commission Bill (2018) sought to establish an Australian National Integrity Commission as an independent public sector anti-corruption commission. Although there are ongoing criticisms of the likely limitations of the remit such a Commission might cover it is nevertheless an important debate that is yet to even surface in the UK. Similarly there are useful lessons waiting to be learned from Canada where an independent Ethics Commissioner with strong powers was established as long ago as 2007 and has just declared the Prime Minister, Justin Trudeau, to be in serious breach of constitutional principles.

The perceived loss of honesty in public life carries a much deeper risk of loss of all faith in democratic governance – a concern of huge topicality. The worry is that the UK could be following the path of the USA, where the number of lies spoken routinely by their leader has required the creation of an industry of fact-checkers. Whilst the British people might have never expressed that much faith in their politicians, over the past 30 years or so their distrust of politics has been steadily rising. Bringing ethical concerns into mainstream public life is not only important; it is arguably the most urgent political project of them all.

Bob Hudson is a Visiting Professor in the Centre for Health Services Studies, University of Kent.

Posted In: British and Irish Politics and Policy | Featured | Governance 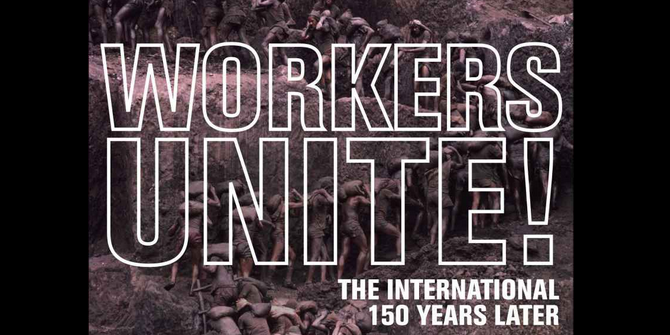