Poverty is a lifestyle choice, according to government rhetoric. And although research suggests otherwise, the government wants to redefine poverty and do so by removing all income and material deprivation measures from the Child Poverty Act. Instead, it proposes to measure it based on workless homes and educational attainment. Gill Main writes many parents in poverty are actually in work, but still live on limited resources in order to provide for their children. Their saving measures include skimping on food and postponing dentist appointments, realities that make it hard to see how the government’s proposals will benefit our society.

A recent study of poverty in the UK has revealed that parents in poverty are going without necessities to provide for their children. Children are at a higher risk of going without essentials than adults. However, among adults, those who live with children have higher poverty rates than those who do not. Indeed, rates of poverty among this sub-group of adults are higher than among children themselves. Living in a workless household increases the risk of child poverty (mirroring official statistics), but a substantial majority of poor children – 60 per cent – live in households in which at least one adult works. These findings pose a challenge to government policy and rhetoric which positions poor families as trapped by a benefits system which does not provide the appropriate incentives for work, and poor parents as lacking the skills to provide for their children.

Using an individualised poverty measure developed in the UK Poverty and Social Exclusion Study, which takes into account the shared resources within a household (household income), and how resources in the form of ‘socially perceived necessities’ are distributed among household members, we found that 22 per cent of the overall population were in poverty, compared to poverty rates of 27 per cent among children and 32 per cent among adults living with children. These findings have come at a time when the government is seeking to change the way in which child poverty is measured and currently governed by the 2010 Child Poverty Act. The Act was passed with cross-party support in 2010 and introduced several measures of poverty, based on equivalised household income or a combined measure of income and access to essentials. 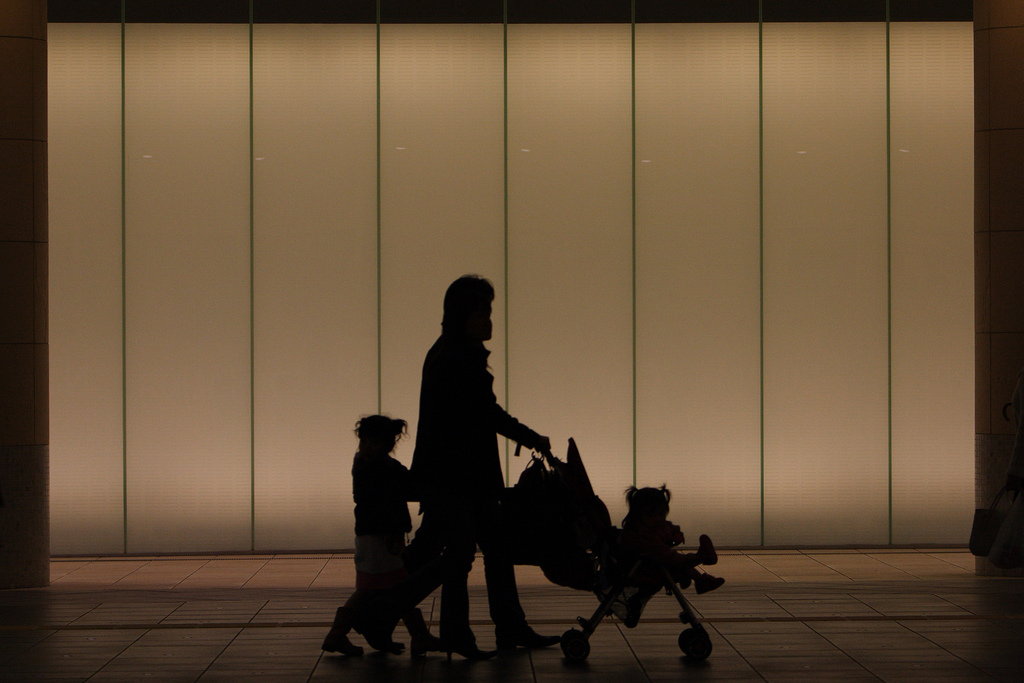 Prior to a House of Lords defeat, the present government was proposing to drop these measures in favour of measuring the proportion of children in workless households, and the educational attainment of pupils at age 16. In doing so, the government is acting against the majority of expert advice it has received on the matter. The future of these proposals is currently unclear. Yet changes to the Child Poverty Act have been proposed amongst a raft of austerity policies. Austerity was initially positioned as a necessary response to the financial crisis with the promise that ‘we’re all in this together’ – that is, no particular section of society should suffer more than another. But in reality the proposed austerity measures, many of which have been defeated in the House of Lords or challenged through the courts, have targeted specific groups more than others. Targeted groups have included:

Redistributive policies are rooted in the idea that structures within society unfairly disadvantage some people and groups. In contrast, individual and cultural explanations of poverty are rooted in the idea that poverty is the result of poor individual choices and behaviours. These may be ‘transmitted’ from one generation to the next resulting in ‘cultures of poverty’.

In contrast to Labour policies prior to 2010 which were anti-cyclical in nature and favoured (at least in part) redistribution, Coalition and now Conservative policy and rhetoric indicates a preference for individual and cultural explanations of poverty. This can be seen in decreasing social security entitlements and increasing conditionality. It can also be seen in how poor people are described: they live in ‘troubled families’, and may be ‘skivers’ who need motivating to ‘take responsibility’. Extra money is seen as unlikely to help, as ‘feckless’ parents may spend it on drink, drugs and gambling rather than on improving their children’s well-being. As a result, the problem of how to address child poverty is transformed from one best addressed through providing additional resources to poor families, to one best addressed by helping poor parents to overcome personal shortcomings.

To assess the Conservative approach, we examined access to resources and economising behaviours among adults and children in poor households. We found that very few adults – around 1 per cent – had adequate resources themselves and lived with children who did not have adequate resources. In contrast, we found that 16 per cent of adults went without necessities themselves, but lived with children who did not go without necessities. This suggests that adults living on very limited resources may be sacrificing their own needs in order to provide for their children. Additionally, adults living in households with poor children were much more likely to engage in economising behaviours and many reported that they had:

Perhaps most striking of these was our finding that 69 per cent of adults living with poor children reported skimping on their own food so that others would have enough to eat. While the House of Lords defeat is to be welcomed, the future of the Child Poverty Act remains unclear. The fact that parents are having to make these sacrifices, in many cases despite being in work, challenges both Conservative explanations of poverty and the rationale for proposals to remove income and material deprivation from poverty measures. Indeed, increasing the financial resources available to families to help ensure decent living standards for all is indicated.

Gill Main is University Academic Fellow in Young People and Precarity at the University of Leeds. For a full list of publications see here. She tweets @gmain1.

Who guards the guardians of monetary stability and financial stability? That is the key question behind the debate about the accountability of the Bank of England