In a response to Gill Kirkup’s questioning of how to fund digital scholarship, Martin Weller argues that current publishing economic models are not sustainable in a digital world and tackles the funding questions that surround open access publishing, scholarship and education. 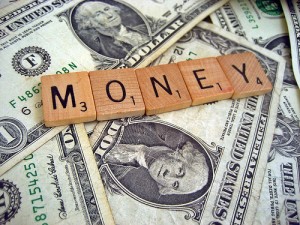 My colleague, Gill Kirkup, asks this question of digital scholarship, and it’s a good question – one I usually try to have an answer for. I don’t think I am guilty of Gill’s charge of hoping for the “internet equivalent of the tooth fairy”. In fact, one of my complaints about the current academic publishing model is that it’s a poor economic one. Now, one can make many arguments about open access that don’t address the economics, for example around it being a public good, or a more effective way of working for instance, many of which are compelling in their own right, but in this post let’s just focus on the money bit.

While I think it is a good question to ask, I’m also surprised at how much people think new ways of working are necessarily unsustainable. I think this arises partly because we’re often talking about many different things when we ask the question ‘who pays?’. Gill probably has open access publishing in mind, but others will be referring to OERs, or digital scholarship in general. I’ll take a few interpretations and look at the ‘who pays’ question for each. Some are easier than others, but none assume a complete overhaul of global financial systems, radical change in human behaviour, or liberal quantities of fairy dust. They’re all do-able.

This is the aspect of the debate that has had the most attention. Let’s assume we want to keep a peer-review journal system – this is by no means certain, but it addresses the question most directly. Willinskysuggests you can publish an open access journal for zero cost. As an editor of one, I’d say this is unlikely – you need someone to do some of the admin support and technical setup and maintenance, even if you’re using OJS. And handling promotion, library and database take-up is quite a specialised skill. A bit of copyediting is also necessary, although the degree of this varies. But the large bulk of the journal process – peer review, editing, organising, decision-making – is stuff academics generally do for free anyway. So the associated costs are quite low.

One model for OA is the gold route, or author pays. Usually this means the research funder builds the costs in. This pretty much maintains the current model, and ensures OA, so in that sense, it is realisable. However, the costs under this model are high – somewhere around $5,000 per article if published by a commercial publisher. Whereas a non-profit, open access journal (say one run by a society) has much lower costs, around $750 (see Clarke for lots of numbers). Most of that difference in cost is going on proprietary systems, marketing, shareholders and salaries. And that money either comes from research grants or libraries. While I’m not after making people redundant, those additional costs aren’t factors that are really the concern of academic researchers.

The cheaper, non-profit versions could be funded through the research councils (either through author pays, or directly as ongoing research distribution sources), through library consortia (as Frances Pintersuggests), or through universities. Universities used to run their own presses, but these became difficult to maintain and were often sold on, but the online equivalent of a university press might see a central team of one techie, and two admin or librarian staff supporting 5-10 online journals. That is a much more sustainable model.

If any of the above solutions seem unrealistic to you, then imagine if I was trying to sell the idea of the current model – research councils fund research, this is undertaken by university staff, often subsidised by the institution, they then write articles, these are reviewed and edited by staff in other universities, for free, then all of this labour is provided to commercial publishers who sell the product back to the same universities and make very considerable profits along the way.

More generally, we can talk of open scholarship, which is just sharing stuff you do. This might be a conference presentation, data from a research project, workshop structure, (as well as the publications above). This is the one area where I really don’t see the ‘who pays’ question. The actual costs involved in doing so aren’t great – you’ve prepared your presentation, and maybe practised it, so adding this to Slideshare is a minimal effort.

I also feel that we are often blind to the inefficiencies in the ways we work currently, because we’re accustomed to them. In a word – meetings. I tend to spend three days on campus, during which time I am in meetings solidly, usually through lunch. While these are often necessary, I also know that I get a lot more actual work done on the two days I work from home and communicate via other methods. And while I love meeting people at conferences, these are hugely wasteful of time, and much of that connection can be formed via other means. That’s not to say we should abandon all conferences, but maybe you don’t need to go to one a month now. Finding other ways of working often leads to open practices as a by-product. For example, if I want to share a presentation I’ve just finished, then instead of emailing to everyone there, I put it up online and make it open to all.

So, in short, open scholarship I feel is just absorbed as part of everyday practice, using a combination or free tools and services and different approaches to working.

This, I think, is the most difficult to answer the ‘who pays’ question, because teaching money (whether it comes from the state or the student) is what really funds higher education. There has been lots of work on the sustainability (or otherwise) of the OER movement. David Wiley has probably the best review, and suggest three models: The MIT, USU and Rice models. The USU model is near to making OER a by-product of teaching, releasing content as you go. Whether this will impact on student numbers in the long term if everyone did it, we don’t really know, but generally the feeling is that it wouldn’t as students want more than just the content.

Open education isn’t just OERs of course. There are open courses, which can be bespoke MOOCs of the type George, Dave and Stephen run, for example, Change. I wouldn’t suggest these are sustainable as the entire replacement for all higher education (and neither would any of their developers). That’s not what they’re about. We should rather view these as new types of learning offerings we can do that are complementary to, or parallel to, existing structures. So if you want to try an experimental subject or approach but can’t get it approved, then setting up a MOOC is relatively low cost. They are action research if you like – something we couldn’t do before, but can now.

Perhaps more relevant are the boundary-less open courses. For example, Alec’s or Jim’s courses which have a traditional, campus, fee paying student body, but which is open to anyone else to take part in, for as long as they like. These can be a win-win situation – students get access to a wider range of expertise and participants, and the open participants get to experience part of study. My guess is this approach wouldn’t really hit student numbers and, if your course is online, it doesn’t take much to make it open. I think making the case as to why the university should do this is a tougher sell, but in terms of the costs, it needn’t undermine existing models (it may even act as a good recruitment vehicle).

A recent, interesting example, combines open education potentially with open publishing. The Stanford AI course has gained incredible student numbers. The course uses a text authored by one of the lecturers, which suggests a future model might be something like: write an open access textbook – create a course from it – sell more copies of your book and get increase sign up to the university version of the course with accreditation. Everyone is a winner.

I don’t suggest that it is easy to tackle the ‘who pays’ question for all forms of openness but I would argue that none of them are based just wishful thinking or naiveté. And I would also suggest that we should examine some of our current economic models carefully and ask just how sustainable they really are in a digital, networked world.

This blog post was originally posted on Martin Weller’s personal blog, The Ed Techie and is available here.

Contemporary Luddites, emerging England and intergenerational welfare dependency: Top 5 blogs you might have missed this week

Cameron’s arms deals, public finance surprises and the extent of NHS cuts: political blog round up for 14 – 25 February 2011