John Stanton discusses the Supreme Court’s finding that the recent prorogation of Parliament was both justiciable and unlawful. He writes that the decision is rooted in well-established constitutional principle, and considers the Brexit options available to government and opposition.

In R (Miller) v Prime Minister (2019) on the recent prorogation of Parliament, the Supreme Court was faced with two questions. The first was whether prorogation could be regarded as justiciable, the second whether Boris Johnson’s request that the Queen prorogue Parliament for a period of five weeks was lawful. The Court unanimously answered the first question in the affirmative and the second in the negative.

The Supreme Court’s decision is rooted in established constitutional principle, their judgment providing a restatement of legal rules that date back centuries. The first such principle is that an order to prorogue is an action that can attract the supervisory jurisdiction of the Court; it is susceptible to judicial review. More than this, it is a matter that can be regarded as justiciable. Whilst ‘the courts cannot decide political questions … all important decisions made by the executive have a political hue to them … the courts have exercised a supervisory jurisdiction over the decisions of the executive for centuries’ (para. 31). This finding by the Court serves as a restatement of a principle that finds rich authority (e.g. Case of Proclamations (1611)) through the history of constitutional law in Britain: the exercise of government power must be founded upon lawful authority, the courts having the power to strike down as unlawful where power is exercised without appropriate authority. This reflects the principle of the rule of law, which dates back to Magna Carta and, more broadly, the birth of civilised, democratic society.

This leads us neatly to the second principle at the heart of the case: power must not only be exercised with appropriate lawful authority but it must also be exercised in such a way that does not frustrate the work of Parliament, the sovereignty of that Parliament being a principle at the very heart of UK constitutional law. This is yet another principle that boasts a wealth of authority, most notably the case of R v Secretary of State for the Home Department, ex p Fire Bridages Union (1995). The Supreme Court’s finding, though, is reflective of this principle through the view that the prorogation of Parliament in the manner effected by the Prime Minister obstructed the work of Parliament in two ways. Firstly, through preventing it from passing laws; and, secondly, through preventing opportunity for parliamentary accountability.

In a constitutional environment such as ours, (i.e. with a parliamentary executive), mechanisms within Parliament itself through which elected MPs can hold the government of the day to account are fundamental to checking the legitimate and democratic use of power. Such mechanisms include the opportunity for questions in both Houses; parliamentary scrutiny; and Select Committee work. By proroguing Parliament for five weeks, however, the Supreme Court said that opportunities for parliamentary accountability were denied. This denial would bring into jeopardy some of the most treasured features of our parliamentary democracy.

It is through emphasis on the constitutional importance of parliamentary sovereignty and accountability that the Supreme Court based its decision of unlawfulness. In so doing, the Court went on to emphasise that, on the basis of evidence provided during proceedings, there was no ‘reasonable justification for taking [this] action which had such an extreme effect upon the fundamentals of our democracy’ (para. 58). In short, the prorogation of Parliament by the executive would, without good reason, frustrate the sovereignty of Parliament by preventing it from passing laws and it would deny MPs the opportunity to hold the government to account, as their work requires. The power of prorogation is, as a power of the government, subject to limitations imposed by constitutional principle, obstruction of those principles serving in this instance to render prorogation unlawful.

On the basis of this reasoning, the Court went on to set out a remedy. Though it was argued in Court that Article 9 of the Bill of Rights 1688 precludes a finding by the Court that prorogation is of no effect (i.e. that Parliament must return to sit), this was dismissed. Article 9 of the Bill of Rights 1688 states that ‘the Freedom of Speech and Debates or Proceedings in Parlyament ought not to be impeached or questioned in any Court of Place out of Parlyament’. This being the case, the Supreme Court held that prorogation could be declared of no effect since it is not a feature of parliamentary business but, instead, is something ‘imposed upon them from outside’ by the Crown (on the advice of the government). Parliament, therefore, had not been prorogued and could resume sitting ‘as soon as possible’.

The Supreme Court’s judgment, therefore, is notable, not least for the unanimous nature of its decision. It condemns in the strongest possible legal terms the actions of the government in proroguing Parliament and frustrating full realisation of its constitutional functions as sovereign law-maker and political check on the government. The judgment is rooted in well-established constitutional principle. Both the rule of law and parliamentary sovereignty underpin many of the Court’s findings, demonstrating – if that were even necessary – the effectiveness with which the uncodified UK system can ensure the proper and appropriate use of power, subject to democracy, accountability and prevailing constitutional norms.

Stepping from the legal to the political, though, and with just five weeks to go until the existing Brexit deadline, we are left wondering how things might play out in the coming days and weeks. Speaker of the House of Commons, John Bercow, has already announced that Parliament will resume (not be recalled) at 11.30 on Wednesday 25 September, though quite how these plans are reconciled with political party conferences is as yet unclear. When Parliament resumes its session there are a number of options that may be considered and explored.

Taking action to prevent a no-deal Brexit is high on the parliamentary agenda and the Supreme Court ruling effectively gives MPs a chance to take steps to that end. Indeed, let us not forget that the passing of the European Union (Withdrawal) (No 2) Act 2019 – dubbed the ‘Benn Act’ – requires the Prime Minister to seek an extension to Brexit if a fresh deal has not been agreed with the European Council and approved by Parliament by 19 October 2019. Boris Johnson has declared that he would rather be found ‘dead in a ditch’ than seek an extension to Brexit. This said, though, he could not legitimately ignore the provisions of the 2019 Act, and he would incur the supervisory jurisdiction of the courts once again if he were to do so. On this basis, therefore, we find ourselves in the position of either leaving the EU with a deal by 31 October or seeing the Brexit deadline extended once again, potentially to January 2020 or maybe even later.

Contempt of Parliament or a Vote of No Confidence?

The House of Commons will have other more immediate options, too. The government – not for the first time in the last 12 months – could be found in contempt of Parliament for taking actions, declared unlawful by the Supreme Court, that obstruct the work and functions of the legislature. This is perhaps an unlikely scenario. In December 2018, when the UK Government was found in contempt of Parliament for the first time in history, this was used to require the government to disclose legal advice underpinning its proposed withdrawal agreement. Here, by contrast, contempt of Parliament would not be based on a desire to mandate a particular course of action since the Supreme Court judgment has already corrected the wrong by declaring the prorogation of no effect.

Another option is that MPs could seek a vote of no confidence in the government, with plans thereafter to put in place a ‘caretaker government’ designed to solve the current Brexit dilemma by either seeking an acceptable deal, requesting an extension from the European Council or calling another referendum on Brexit. Such circumstances would, of course, be dependent upon the Prime Minister’s inclination to resign following such a vote and upon any caretaker government being able to command the confidence of a majority of the House of Commons.

Boris Johnson twice sought a General Election before the prorogation, MPs rejecting both requests pursuant to the Fixed Term Parliaments Act 2011. Members of the House of Commons made it clear that, whilst they desired a General Election, they did not wish this to take place before the Prime Minister had sought an extension to the Brexit deadline pursuant to the European Union (Withdrawal) (No 2) Act 2019, the general view being that an Election would give Johnson the opportunity to avoid compliance with that Act.

If a deal is not reached and / or approved and if an extension is sought per the 2019 Act then a General Election is looking very likely for November 2019. How the future looks thereafter would depend on the result of that election. A Hung Parliament is probably the most likely outcome, though how parties team up to seek a majority could be the deciding factor for Brexit. The Conservatives’ position is clear, as is the Brexit Party’s. Labour is currently divided on whether or not a second referendum should be held and the Liberal Democrats now promise revoking Article 50 without any further plebiscite. With the longest parliamentary session since the Civil War resuming on 25 September, therefore, we can expect more debates and more votes on the Brexit question, with no resolution yet in sight.

One thing is clear, though, the Prime Minister returns a significantly weaker figure politically. The Supreme Court’s finding has emphasised Parliament’s own superiority over the government (as per established principle) and with only 288 seats in the House of Commons, Johnson will be very much at the mercy of his parliamentary colleagues and opponents as he seeks to find a way out for the country and the Brexit policy to which he has devoted so much energy and political capital.

Author’s note: I would like to thank my colleague Dr Tom Bennett whose comments to earlier musings on these issues informed my own views.

John Stanton is Senior Lecturer in Law at The City Law School, City, University of London. 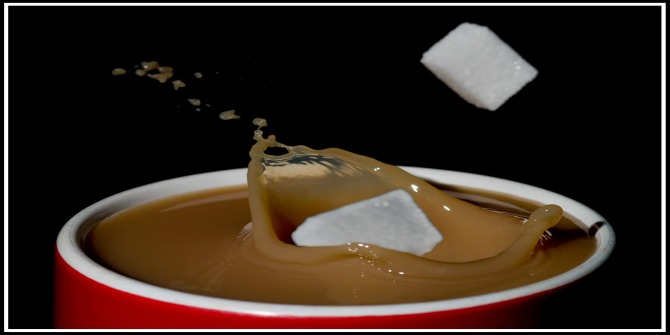