Is Jeremy Corbyn the new Centre in British politics? Ed Straw explains how years of privatisation, uncontrolled immigration, and deterioration in public services – combined with the lack of choice that comes with First Past the Post – all call for a leftward turn, and could rejuvenate the Labour Party.

Turning a signpost through 90 degrees at a crossroads in rural parts is a source of amusement for local people. Its intention is to confuse outsiders. The signpost in British politics has long been twisted to portray the prevailing economic and social order as the middle road, and Jeremy Corbyn as a sharp left turn.

Tony Blair was, at least, right about elections being won by the party that colonizes the centre ground. It is just that the centre has experienced a major recalibration. Far from being a threat to mankind, seemingly overnight Corbyn has become a New Moderate. The signpost has been returned to its correct place. Now we know where we are going.

Labour’s unlikely leader has not been struck by a vision whilst walking in the woods of Dolgellau. Rather the world has come to him. I don’t know whether he worked all this out, or whether what he has always believed finally became relevant. Either way, he is the new centre.

Corbyn is more than the beneficiary of serendipity, to be found by chance straddling the centre. He has approached the people with his natural manner – now that we have been allowed to see it – and with political dexterity. The Labour manifesto was a masterpiece of moderation. It signaled direction without being overwhelming. It offered totems of change rather than the full war dress.

Transferring the operation of trains from companies to government is almost a no-brainer to the a-ideological. As for the energy and water companies, does anyone care if they are de-privatised? Some remember the moderate performance of their nationalized predecessors. In contrast, the current incumbents increase costs and thus prices through stock market listing, large pay cheques, profits, switching and advertising. All the while a pretence is made that these are competitive markets and thus to consumers’ benefit. De-privatising them – possibly to the mutual status of Welsh Water – is hardly left-wing. The centre ground would surely be rather pleased if they were.

But for the new centre this is only a start. The country has sleepwalked to a land of such gratuitous disparity in wealth and power, few are not disadvantaged. If there are architects of this psychological dystopia, then they have over-estimated the country’s willingness to accept its marginalisation and loss of personal control in return for the material wonders of modern capitalism. 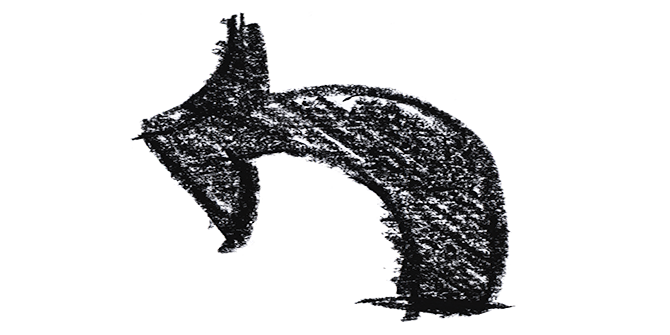 I asked an Irish friend how the similar prevailing economic order is regarded there. He thought 20% in favour, 60% agnostic, and 20% against. Why then is it so different here? Several reasons have made for Corbyn’s rising.

First, in no other Western European country has hard neoliberalism been pursued with such ardour or allowed with such naivety. The UK has experienced more contracting out and more privatization. The consequence is workers transferred from secure, reasonably paid and pensioned jobs to whatever the private sector offers, driven to cut all costs, not least by the government’s self-harming rules on procurement.

Second, the UK has allowed and promoted the free movement of capital as companies have been bought up by foreign acquirers. Buying Cadbury and transferring its manufacturing to Poland is as night follows day in this branch of the financial markets. But what about the assurances they gave to the gullible government? What about them. That’s what they do. Have governments never looked? Britain is open for employment stripping.

Third, the country has experienced greater proportionate immigration than most, with its real and perceived downsides for many citizens here.

Fourth, services fundamental to all – health and schools – have been subject to endless ‘reform’ and reorganization for 30 years with all the costs and disruption of this perpetual restructuring, without arriving at the European norm of good services for all.

Combine all of this disadvantage with nowhere to go electorally. First Past The Post has restricted choice to slightly better neoliberalism or slightly worse. With Proportional Representation, protest has somewhere to go other than the pub. People can see and hear their representatives proposing alternatives and some being incorporated in strong and stable coalitions.

Tot all this up, and a Labour manifesto planted firmly in the centre would address the following:

Into this context, we find a rejuvenating Labour Party. After years of drift, staring into the abyss, and intellectually bankrupt, as if from nowhere it has refound its purpose. It was set up a century ago to end mass poverty, mass disadvantage, and mass inequality. By the 70s, it had succeeded. What now? What do you do once you’ve won?

Like the Family Planning Association, which had also achieved all of its objectives, Labour was thrown into proliferating paroxysms of perplexity. No longer was it the moral nobility. Some trade unions behaved badly, becoming less a mass movement and more solely for the short-term interests of their members and officers. Labour’s core membership substituted the working class with urban professionals.

New Labour attempted to find fresh purpose through its programme for social justice and economic efficiency. But it missed completely the creeping deleterious effects of neoliberal economics. It was a case of the classic if overused metaphor of the boiled frog. Drop a wriggling frog in boiling water and it will jump out. Pop it in warm water and heat it up slowly and it will remain – till dead. If we had known where neoliberalism would end up very few would have gone along with it.

But where it has ended up is with the return of mass disadvantage and mass inequality. The absolute levels are light years from conditions when Labour was founded. But gross disparities have returned.

New Labour’s confusion was perhaps most evident over immigration. Being liberal of mind and pro-minorities, the party regarded all immigration as good. But this view missed entirely that a key component of the neoliberal economic system is the free movement of workers, without which it would not function. Its economic point is to lower labour costs. Pro-immigration think tanks and academics reported with statistics showing that the British working person was not affected. The working person had had a different experience. The moral dilemma was acute. The error was to treat it as a moral issue, rather than one about people’s lives.

For Arthur Scargill, former president of the National Union of Mineworkers there is no such confusion. Listening to him recently in the North Wales slate quarrying town of Bethesda, this former militant trade unionist surprised several of us in the audience – given his reputation. He has a clear construction of a well-functioning society. It is founded on the nation. A boundary around a group of people has to be drawn somewhere and the nation is not so big to be impossible to cohere nor so small to be weak and dependent. Within this nation, we look after each other.

He sees as wrong substituting home miners’ jobs with child labour in Indonesian mines. Not unreasonable. He opposes the EU as it is undemocratic – it is. Democracy is the bed rock of a good society. Scargill’s construction has a coherence, security and equality that the European Commission and its economic and federalist agenda does not. My guess is that a similar world view underpins Jeremy Corbyn’s thinking.

I dislike political labeling. Labels make for lazy policy making and are often about displays of ethical superiority. Enduring answers to modern problems are usually sabotaged by ideological referencing. Personally, I see loads of problems, and want to find workable effective solutions. But since neoliberalism is the ultimate in hawkish right wing economics, in the jargon of our day the antidote has to be leftward.

In those terms then, so-called left-wing policies are central to the solutions needed. Whether, in practice, they are left or right, progressive or conservative, or indeed four legs good and two legs bad, there is a major job of work to do.

Can Corbyn do it, if elected prime minister? For Brexit, he has a far better negotiating style, which should help. He will bring significant advantage just by not doing a lot of what is now taken as de rigueur. He will also run up against a government machine that struggles to operationalise most policies. The hope has to be that he will do what none of his predecessors have done and grasp the system reform essential to his full programme. That would mark him out as a true radical.