Peter Kenway and Dan Corry respond to the initial report by the Industrial Strategy Commission, which sets out the key foundations for a long-term industrial strategy. They outline four problems with the report’s focus and approach.

The initial report of the Industrial Strategy Commission, chaired by Dame Kate Barker and supported by Sheffield and Manchester Universities, is a welcome first step towards working out what an industrial strategy for the UK should look like.

The report cannot be accused of lacking ambition. Insisting that a strategy should be nothing less than the ‘organising principle for UK-supply-side economic policy’, it is tasked (among other things) with seeking to ‘co-ordinate interactions between public and private sectors to achieve sustainable economic development’, ‘address persistent weaknesses in the UK economy such as low productivity, entrenched geographical inequalities and centralisation’ and ‘provide a framework for science and innovation investment’.

The weak state of the UK economy certainly demands a far-reaching response but the very breadth of the ambition here is also this strategy’s weakness. We see four problems.

First, the report does not engage with the long tradition of criticism of ‘active’ industrial policy which has held sway since the Thatcher government abandoned and rejected the approach and institutional architecture of the 1960s and ’70s. Buttressed by a formidable body of academic writing about neo-liberalism, this set of beliefs must be engaged with if minds and behaviour are to be changed decisively. In particular, it must find convincing ways of meeting the very real challenge of “government failure”.

But the report does not do this. Rather, it characterises UK industrial policy practice as a series of shortcomings including ‘never fully embedded within thinking’, ‘designed with a narrow and deficient understanding of sectors’ and ‘undermined by the decision-making processes that underpin them’. This is a view of the problem which assumes a consensus about the need for an active industrial strategy – in which case its absence can only be due to a deficiency of vision and will. In so doing, the report avoids confronting an intellectual adversary, which means that it also lacks the power to challenge those who disagree with it.

Second, one way to do this is to build the argument for a strategy around a weakness in the economy that needs to be addressed. One possibility, upon which we built our submission to the Commission, was the UK’s woeful record on productivity. Another could be the chronic balance of payments deficit (itself linked inextricably with the chronic fiscal deficit). Had the report taken one of these and then argued through a way of addressing it, it would have created a strong foundation for its strategy and laid down a challenge to its critics at the same time. It would also have provided the basis for a framework to guide, monitor, and evaluate the effectiveness of a strategy once in place.

The problem is not that the report does not mention these weaknesses, but that it does so alongside five others. A wide-ranging list with which few economists could disagree can neither justify nor be the focus of an industrial strategy because other policies, e.g. to do with public spending, must inevitably be involved too. 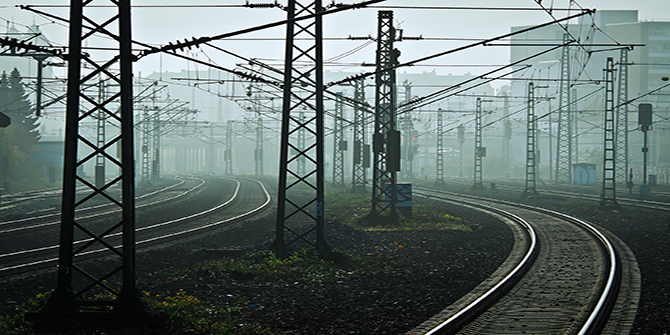 By contrast, we identified low productivity as the proper focus of industrial strategy, going on to argue why attention to it (and measurement of progress on it) should be at the lowest measurable level, namely the industry level. We also focused on problems of labour supply post-Brexit which are directly connected to productivity. In this report, Brexit is mentioned rarely, as part of the background rather than a fundamental – and new – part of the challenge.

An industrial strategy whose ambition is to be the organising principle for UK-supply-side economic policy inevitably faces a third problem: the danger that almost anything goes. It is always possible to devise criteria that allow those making the decisions to do what they want. The discussion in the report leaves that possibility wide open. An industrial strategy with multiple goals and loose evaluation criteria is manna from heaven for its critics. None of this is to argue that current metrics are right or that we don’t need to pay attention to more than just productivity. But we fear that the case being made is weakened not enhanced by the lack of focus and rigour.

There are several things wrong here. How can an unashamedly centralised strategy like this be an answer when one of those seven motivating weaknesses for it is given as ‘a highly centralised economy’? What about Wales and Scotland? The report commends those governments for having ‘arguably built strongly upon the industrial policy powers decentralised in the 1990s’ – but then fails to examine whether these countries shouldn’t be allowed to drive industrial strategy more strongly.

The greatest flaw in the top-down, centralised approach demanded in this report is the assumption that we have such a government – a civil service and a political class – capable of, even interested in, delivering it. That is why in our submission to the Commission we placed the key responsibility in England with the Metro Mayors and the 39 Local Economic Partnerships. There is still a role for the centre, including coordination and ensuring that national levers are being used appropriately. We looked back for ideas to the machinery that allowed this to happen when Heseltine was Deputy Prime Minister and to the National Economic Council of 2008 to 2010.

There are other issues that we would query. They include: the need to justify the emphasis on diffusion of new technology as the key problem faced by the UK; a need for solutions to the long-standing problems of UK skills shortage; and a lack of attention to both corporate governance and competition policy that we have argued before are a key part the of under-investment story.

While we are critical of the Commission’s report, those criticisms are intended to be constructive and we hope the Commission will find them so. We don’t doubt that the UK needs an industrial strategy and we think the Commission can play a crucial role in stimulating and channelling the debate in the right direction. This matter is live and urgent. When government takes decisions that are relevant to the UK’s industrial future – as it has in just the last few days, about Crossrail2 and the scaling back of rail electrification – the Commission is entitled to challenge them and ask how it fits with any vision of a modern industrial policy. By pushing back like this, the Commission starts to make industrial strategy a factor to be considered and in so doing, begins to bring the whole idea to life.