Concern has grown in Scotland, as elsewhere, over the state of our town centres and our high streets, affected as they are by structural changes in economy and society and the impact of the recession. Leigh Sparks summarises research into the significance of retail vacancy and the degree of variability between different towns and cities.

Scotland is in the news. The September 2014 independence referendum has focused debate, occasionally diverted by the excitement mounting over the Commonwealth Games, the Ryder Cup and the 700th anniversary of Bannockburn. The actions of a nationalist majority government in Holyrood have concentrated minds on the strengths and weaknesses of the Scottish economy, potential different policies between Scotland and the rest of the UK and the perceptions of the country and its future.

Scotland’s towns and high streets are key features of the Scottish landscape and well over half the population live in towns. These towns vary from the urban city centered network and clusters in the “central belt” through to remote town settlements in the Highlands and Islands. Concern has grown in Scotland, as elsewhere, over the state of our town centres and our high streets, affected as they are by structural changes in economy and society and the impact of the recession. We all recognise the importance of place – and of high streets within places – but are also often acutely aware that there’s something wrong with many of them. In Scotland the Fraser Review (the National Review of Town Centres) and the November 2013 government’s response have set out to attempt to rectify the position that many – though not all – town centres find themselves in.

Retailing is a key, though not sole, component of towns and high streets. The Institute for Retail Studies (IRS) at the University of Stirling and the Local Data Company (LDC) joined together to analyse Scotland’s leading high streets, town centres and cities. Our report considered the leading Scottish cities and towns, drawing on standard measures reported by LDC for the top 100 cities and towns, together with more in-depth analysis of 36 selected cities and towns at the town centre level.

In retail terms, Scotland has many similarities with much of GB outside London. Previous LDC figures show that Scotland is slightly more multiple oriented than GB as a whole (35% v 33% of shops) but that there is not much difference in terms of comparison or convenience proportions (30% and 14% in Scotland vs 30% and 13% in GB). There is however a marked difference in vacancy rates with Scotland reporting 14.5% retail vacancy in 2013 against 13.6 % for GB. However it is widely recognised that there are large variations amongst the English regions with the strength of the South-East and London outweighing more difficult situations elsewhere. The report addresses three specific questions:

Scotland’s towns and cities show huge variety in scale and function, reflecting the history and geography of the country.

The largest shopping city is Glasgow but over 60 of the towns and cities of Scotland have more than 100 shops. Four towns (Ayr, Paisley, Falkirk and Kilmarnock) have over 400 shops with Ayr and Paisley being larger than the cities of Stirling and Inverness.

2.  How variable are Scottish towns and cities in their retailing?

The sheer variability of Scotland’s towns and cities comes through in the dependence on convenience or comparison retailing and/or the presence of independents. The larger towns are more diverse, with Ayr and Paisley notably so. Amongst the cities Perth is distinctively diverse. However, diversity overall fell between 2012 and 2013, with all bar one city (Perth) seeing a decline. Similar declines were seen in many towns, reflecting the ongoing structural changes in retailing.

Proportionately, charity shops are less significant in cities and are more common and visible in towns. In Cupar, Callander, St. Andrews and and Musselburgh over 6% of shops are charity shops. The average percentage of charity shops is 3.6%. When we combine charity shops with other types of business recently in the news (off-licences, pawnbrokers, bookmakers and cheque centres) the average proportion rises to 6.7%. In five towns more than 10% of outlets are in these categories (Musselburgh, Callander, Dalkeith, Greenock and Airdrie). Those with a lower penetration are mainly smaller towns in more isolated locations such as Kirkwall, Ullapool, Oban and Banff.

3.  How significant is retail vacancy?

The overall retail vacancy rate for Scotland is 14.5%. However this masks large variations with Banff and Huntly having vacancy rates in excess of 30%, yet Inverurie recording only 2%. 20% of the top 100 places have vacancy rates of over 20%.

In the last year vacancy rates have been stabilising, with little change in 65% of our towns and cities. There is persistence in the vacancy rates, both in some towns where the rates remain very high, but also at the unit level. In most towns over 40% of the vacant property has been vacant for over a year and this rises to 70% in one third of the towns. Much vacant property is thus potentially permanently vacant indicating surplus capacity, slow market adaptation and the need for rethinking about our use of space.

Retailing is being strongly affected by structural changes in retail operations, technology and consumer practices (online retailing being the most obvious). The decentralisation of many aspects (beyond, but including retailing) of our lives has reduced the significance of central places for work, living and play. Yet, town centres and high streets within them are more economically and socially sustainable and play vital roles in social and economic equality. Retailing within such places remains a core component.

Our report on retailing in the leading Scottish cities and towns points to this significance, the changing nature of the sector and of places and to the considerable variability in experiences and outcomes. As the Fraser Review and the Scottish Government’s response argue, we have to find the methods and approaches to deliver sustainable and vibrant towns, given their importance to the fabric of Scotland. This will inevitably require local and sometimes very difficult decisions, adjustments and actions, about not only retailing. Independent or not, Scotland’s towns deserve more care and attention, and better data to understand their situation and the outcomes of such actions.

Leigh Sparks is Professor of Retail Studies at the University of Stirling. He is Chair of Scotland’s Towns Group (CSPP) and was a member of the Fraser Review External Advisory Group. He runs a blog on retail (mainly Scottish) matters at www.stirlingretail.com and can be contacted at leigh.sparks@stir.ac.uk or @sparks_stirling

Masculinity and the Tories in crisis: Top 5 blogs you might have missed this week 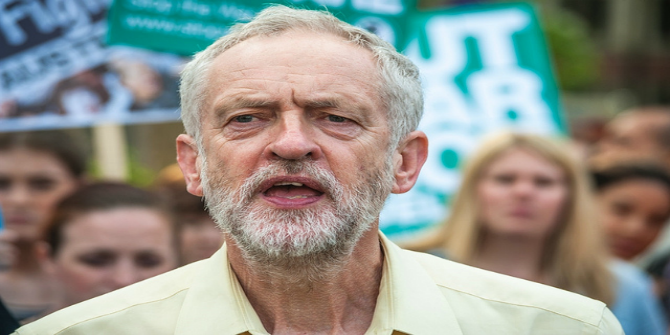