British Holocaust remembrance has dramatically grown in prominence since the 1990s. David Tollerton discusses the changing ways in which public Holocaust memory has intersected with the politics of New Labour and Conservative-led governments.

When David Cameron launched his Prime Minister’s Holocaust Commission in 2014, he declared that its mission to preserve public memory of the murder of six million European Jews was ‘a sacred task’. The commission’s most high-profile recommendation, the construction of a new memorial and learning centre next to the Houses of Parliament, was later described by Theresa May as ‘a sacred national mission’, while Chief Rabbi Ephraim Mirvis has spoken of creating ‘a sacred space for reflection’. In my new book, I argue that alongside such verbal appeals to sacrality, British state-supported Holocaust remembrance has also taken on various functional manifestations of sacrality. This includes the ritual forms of Holocaust Memorial Day events, school visits to Auschwitz as reconfigured pilgrimage, and affirmations that the Holocaust is a radically unique event which makes universal and timeless demands on public memory. The executive summary of Britain’s Promise to Remember, the 2015 report published by Cameron’s commission, remarked that ‘the Holocaust was unprecedented and should never be seen as equivalent to other genocides’, and that the commission’s mission was to articulate ‘lessons that will resonate with people of all faiths, from all lands, for all times’.

The presence of such perceived sacrality should not itself be an object of automatic criticism, as the historical narratives and core value-building of a society are always going to be intimately bound up with feelings of sacredness. But there is a risk that, amidst such sacred fervour to remember, the political dimensions of these commemorative initiatives are too easily obscured.

After decades of comparative indifference, the British state’s enthusiasm for Holocaust remembrance became particularly apparent during the early years of New Labour rule. The Labour MP Andrew Dismore suggested in parliament that a new memorial day would contribute to the ‘building blocks of a civilised society’, reflective of what ‘the New Labour government are committed to building’. The idea was enthusiastically endorsed by Tony Blair and his ministers. At this time, Holocaust remembrance had a notably pro-European orientation, with Dismore speaking of coordinating Holocaust Memorial Day across the European Union and Blair, addressing the first national ceremony in January 2001, referring to ‘a turning point in European and human history’ and ‘the reconstruction of our continent founded on the values of democracy, liberty, equality, opportunity’.

With the change of government in 2010, Cameron continued to support Holocaust remembrance, further strengthening the place of Holocaust education in the national curriculum, appointing a UK Special Envoy for Post-Holocaust Issues, and establishing his new Holocaust commission. But the idea of positioning Holocaust memory in a narrative of post-war European rebirth and integration fell by the wayside. Britain’s Promise to Remember entirely avoids mention of the EU, instead announcing on its first page that ‘ensuring that the memory and the lessons of the Holocaust are never forgotten lies at the heart of Britain’s values as a nation’ and that ‘in commemorating the Holocaust, Britain remembers the way it proudly stood up to Hitler’. When Victoria Tower Gardens was announced as the site for the new memorial and learning centre, the government press release title proclaimed that it would ‘stand beside Parliament as permanent statement of our British values’. Alongside such nationalistic framing, the alignment of state-supported Holocaust remembrance with ‘British values’ in both political rhetoric and education policy is also an uncomfortable development given the term’s roots in controversial and divisive securitisation policies.

One of the reasons that the sacralisation of Holocaust remembrance can seem to mask the politics of memory is that commemorative initiatives overwhelmingly enjoy cross-party support. Party affiliations are largely laid aside when parliamentarians speak at the annual Holocaust Memorial Day debates in the House of Commons and no major government initiative since the 1990s has faced serious contestation from opposition parties. But beneath the smooth surface there have been occasional disruptions. In 2007, Cameron briefly caused furore by referring to state-funded ‘Lessons from Auschwitz’ school visits to Poland as a ‘gimmick’, but more sustained tension emerged during Jeremy Corbyn’s period as leader of the Labour Party. Despite the initiative starting prior to his tenure, on several occasions organisers of the new London memorial and learning centre linked the project to his association with antisemitism debates, and when recalling his experience of accompanying a ‘Lessons from Auschwitz’ trip, Jeremy Hunt appeared to suggest that Corbyn threatened a repeat of the Holocaust. ‘When I went to Auschwitz’, the Health Secretary remarked in July 2019, ‘I rather complacently said to myself, “thank goodness we don’t have to worry about that kind of thing happening in the UK” and now I find myself faced with the leader of the Labour Party who has opened the door to antisemitism in a way that is truly frightening’.

But in recent times, perhaps the most conspicuous political tension amidst Holocaust remembrance has not been between parties, but between central and local government. Plans for a new memorial and learning centre next to the Houses of Parliament have proven controversial with a range of local activists and heritage organisations, and in the summer of 2019 it became apparent that Westminster City Council was likely to reject planning permission. It duly did so in February 2020, but by this point ministers were conscious that a high-profile project was heading into trouble and so adjusted the process such that the final decision would be made at a national level (i.e. by central government itself). The story is illustrative of the extent to which the project, much like New Labour’s establishment of Holocaust Memorial Day before it, has been very much a top-down initiative. In the case of the new memorial and learning centre, the idea was literally the product of Cameron’s own imagination, purportedly inspired by personal visits to memorial sites in Berlin or – depending on which of his accounts you follow – Jerusalem.

Boris Johnson, since becoming Prime Minister in 2019, has voiced similar support for state-supported Holocaust remembrance and it seems likely that its narratives will follow the same trajectory they have since Cameron established his commission in 2014. Certainly, it is very improbable that Holocaust remembrance will be allowed to intersect with interrogating racial violence in Britain’s own history – something several commentators have suggested would be beneficial – given a context in which Johnson used his first speech outside 10 Downing Street to claim that ‘no one in the last few centuries has succeeded in betting against the pluck and nerve and ambition of this country’ and that, post-Brexit, the task is to ‘recover our natural and historic role’.

If the new memorial and learning centre will indeed be ‘a sacred space for reflection’ when it is finished sometime in the 2020s, then it will be a space heavy with political context alongside such sacrality. This should not in itself be a surprise. As James Young remarked, ‘memory is never shaped in a vacuum; the motives of memory are never pure’. But in contemporary Britain, the perceptions of sacredness that surround the discourses and practices of state-supported Holocaust remembrance can often obscure this reality. If, as Cameron’s commission wanted to ensure, public awareness of the Holocaust is long-lasting, it is a self-critical and context-conscious form of memory that should be sought after.

Note: the above draws on the author’s latest book, Holocaust Memory and Britain’s Religious-Secular Landscape: Politics, Sacrality, and Diversity (Routledge, 2020).

David Tollerton is Senior Lecturer in Jewish Studies and Contemporary Religion at the University of Exeter.

All articles posted on this blog give the views of the author(s), and not the position of LSE British Politics and Policy, nor of the London School of Economics and Political Science. Featured image credit: by CHIRAG K on Unsplash. 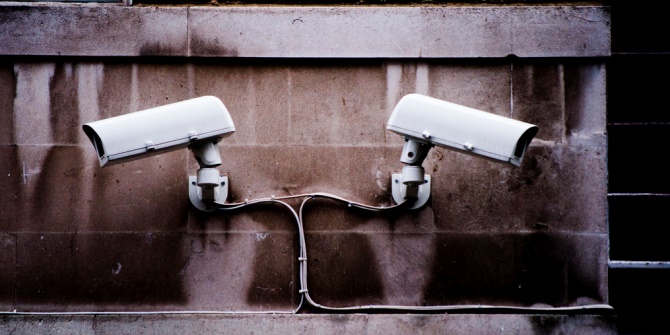