Like all forms of resistance, comedy can both shore up and legitimate existing political structures, yet it can also, in certain moments, work to encourage revision. Here, James Brassett looks specifically at the critical nature of radical British comedy by the likes of Russell Brand, Charlie Brooker, and Stewart Lee and writes that it raises questions about the nature of resistance and reveals the deeply political nature of the British public.

These are good times for British comedy: sell out tours, primetime TV, Guardian columns, and, of course, DVD sales. Interestingly, there has been a global rise to prominence – witness the reach of Ricky Gervais and Armando Iannucci, not to mention the capture of John Oliver state-side. The famous British sense of humour seems to have made its peace with profit in a way that few 80s alternative comedians would have anticipated. From here on, it seems, the best of British comedy will be syndicated and made available for global distribution via Netflix and Amazon.

Yet more curious is the critical nature of the comedy: ‘Q. Did you hear the one about the radical deconstruction of the state form of global capitalism?’ ‘A. Yeh Russell Brand never shuts up about it.’ Or: ‘Quick its New Year’s Eve, Charlie Brooker is doing a pastiche on Quantitative Easing that Adam Curtis is going to link with the non-linear nature of modern warfare and the postmodern malaise’. ‘Stop, I can’t take it! Stewart Lee has just done an 85 liner about his paradoxical position as a capitalist product, with allusions to Bertolt Brecht and those New Mexican Pueblo clowns again.’ ‘What?’ ‘Actually I didn’t get that one to be honest, but then he riffed on the perfomative instability of the joke, and I nearly wet myself!’

Like all good jokes this one makes you think. The radical comedian – like a successful punk band or Banksy – works in the fulcrum of an acknowledged dilemma: resistance is big business. Ever since that bloke in Camden market started knocking out those Che Guevara T-shirts, the commodification of resistance has been a staple reflex of the popular imagination. From Sting to Bono, from Fair Trade to Ethical Investment: thinking critically and doing good has boosted market value in a way that provokes certain questions.

What is resistance? Does resistance have to change a context or situation in order to be considered ‘credible’? Will resistance always be co-opted within the system it questions? And would such co-optation render resistance futile or less worthy in some deeper ethical or political sense? In short, can/should there be a universal standard of ‘correct resistance’ against which all resistant practices are judged?

For some the brashness, the ticket sales, indeed, the sheer egotistical self-promotion of it all, means that comedians, especially ones like Russell Brand, need to have their wings clipped. In ‘that’ Newsnight interview, the look of bewilderment on Jeremy Paxman’s face suggested a straight category error: ‘what qualifies you?’ In a widely circulated blog post, Professor Matt Flinders felt the problem was broader: “in recent years the nature of political comedy and satire has derived great pleasure and huge profits from promoting corrosive cynicism rather than healthy scepticism.” Others, including several comedians, took exception to Brand’s critique of electoral democracy, particularly his (much hyped) stand against voting. Nothing to see here. Move along. Ignore the silly man.

In a recent article for European Journal of International Relations I tried a different tack. What if we think about British comedy as a cultural form? What if we place British comedy in historical perspective: the 60’s satire boom with its critique of the upper classes and a gentle, almost affectionate chiding of the imperial buffoons who lost their/our standing in the world? Think of the Upper Class Twit of the Year or the Ministry of Silly Walks. We might then discern the more radical dimension of British comedy in the melting pot of class, racial, and gender politics of 80’s alternative comedy – itself juxtaposed against 70s White-Man stand-up. And, finally, the (oh so) clever bit of comedy, the irony, is a product of a contented 90’s accommodation to post-Fordism in Third Way centrist politics. Here the genius of The Office is not so much the comedy – (on which, see Spinal Tap) – but the way it negotiated an uneasy compromise between multicultural values and the basic emptiness of post-industrial life in Britain.

On this view, I argue, we might license a more nuanced analysis which reflects the debates and dilemmas of a particular contingency. For instance, 90’s irony gave us both the macho swagger of Lad Mags like Loaded and the critical discomfort of gifted satirists like Chris Morris. So British comedy can be both conservative and radical. Indeed, in the work of comedians like Gervais and Stewart Lee, this ambiguity is precisely the point: to make us reflect on the paradoxical structures and rationalities that simultaneously bind and divide us.

Comedy is not ‘good’ or ‘bad’ for politics. Comedy is politics. Comedy reflects the social and historical contingencies of our individual and collective impulses to think and live differently. Laughing at, subverting, or otherwise undermining aspects of social existence can be seen as a vernacular form of resistance, per se. And like all forms of resistance this can both shore up and legitimate existing political structures, yet it can also, in certain moments, work to encourage revision, imagination. Rendered thus, we miss a certain trick in focusing too closely on the comedian and what they say. As always, it’s the way they say it. For good or ill, the experience of British decline, de-industrialisation, and accommodation to globalisation – with its post-Fordism, financialisation, and Netflix – has fermented a very specific and (to my mind) interesting cultural form.

British comedy foregrounds a certain doubt and uncertainty – at imperial excess, hierarchy, and privilege. The ironic disposition is both reflexive and deeply cutting. Laughter is a physical activity that carries spiritual connotations. In these ways and more I think the everyday politics of British comedy reveals a lesser known national trait: we are deeply political. It may not be the cookie cutter politics of parties and interests, elections and soundbites. But like the silly man says: politics is about more than the uncritical study of the state form of global capitalism. As a guide to the future of democratic politics we might do better to follow the ‘citizen satirists’ of #piggateand #saddnessinhiseyes, the post-Banksy commodity subversions of Brandalism andThe Space Hijackers, or the (anti-)British comedy of Frankie Boyle and his recent collaborations with Akala.

Dr James Brassett is a Reader in International Political Economy at the University of Warwick. He works on the politics of global ethics with a focus on everyday discourses of global governance, crisis and resistance. He is currently writing a book called ‘British Comedy, Global Politics: The Everyday Performance of Market Life’ 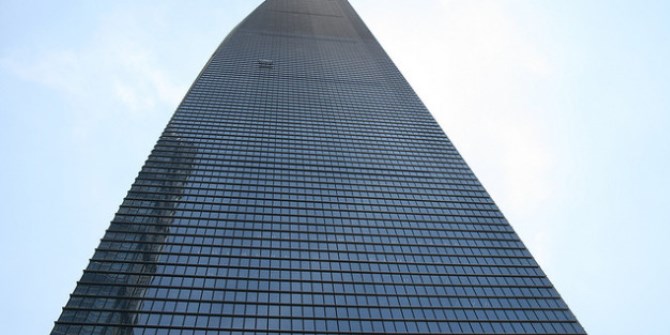 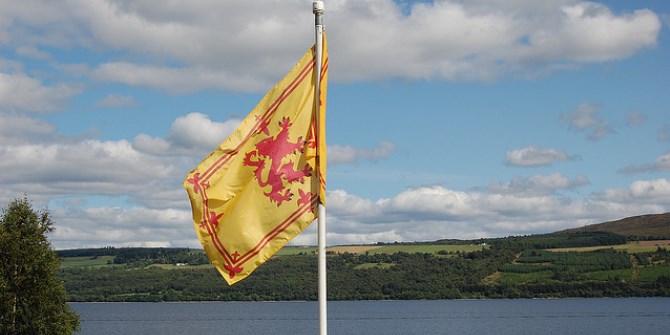 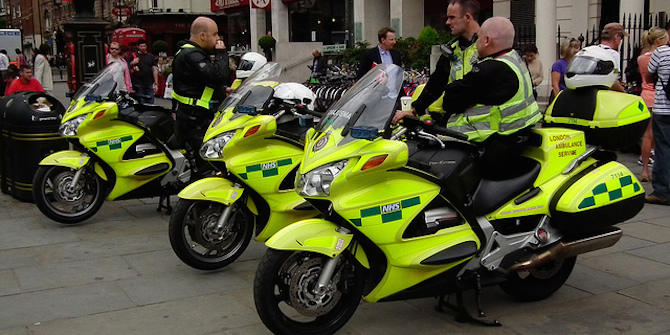