Territorial governance in the UK has taken the form of ‘Schrodinger’s devolution’, where the devolved nations both have and have not experienced fundamental constitutional change. But Brexit highlights the need for exact decisions where ambiguity has so far existed, explain Mark Sandford and Cathy Gormley-Heenan.

One of the less anticipated features of Brexit has been the lengthy and almost intractable nature of the disputes between the UK government and the governments of Scotland and Wales. Whilst the Irish border has come to dominate efforts to secure a post-Brexit deal, intergovernmental relations with Scotland and Wales have also provided a fair share of strife. In late 2017 and early 2018, the devolved governments insisted that the future of policy matters that were to ‘return’ from the EU post-Brexit, and which were also devolved to Scotland and Wales in 1999, should be subject to negotiated agreement. Following long deliberations, the Welsh government signed up to an agreement with the UK, but the Scottish government did not. The UK government appeared in this period to alternate between a reflex centralism and a commitment to a more consensual approach.

It would be easy to argue that these disputes have arisen from opportunism, partisan politics, or inappropriate centralisation. However, in a new article in Parliamentary Affairs, we argue that their origins were baked into the devolution settlement from the outset. The ‘settlement’ was designed to paper over the tension between parliamentary sovereignty and devolution of power. It does this by avoiding formal intergovernmental relations and any ‘shared rule’ framework. It defaults to a very sharp division of competences that we characterise as ‘hyper-dualism’, and both sides have bolstered this by avoiding joint working and concurrent powers wherever possible.

The 1999 settlement left parliamentary sovereignty firmly in place. But in practice, the devolved administrations have been able to develop a quasi-constitutional personality. This came about in part through UK government acquiescence: for instance, it has negotiated further devolution with the devolved administrations in the manner of equals. This culminated in the ‘declarations of permanence’ in the Scotland Act 2016 and Wales Act 2017. But developments since the 2016 EU referendum demonstrate enduring support for the narrative of parliamentary sovereignty underlying these recent changes.

A formal system of shared rule would be one way of clarifying matters. Successive reports have advocated greater formality in intergovernmental relations. However, both sides have their reasons to avoid this. For the UK, this would fetter parliamentary sovereignty. But it would also limit the reach of the devolved administrations. They would have fewer opportunities for political pressure, fewer fuzzy spaces of competence to colonise, and more possibility of joint central-local working in devolved areas, reducing their own ‘decision space’.

We describe these divergent narratives as ‘Schrodinger’s devolution’. This conveys the idea that Scotland, Wales, and Northern Ireland both have and have not experienced fundamental constitutional change since devolution. Just as Northern Ireland devolution depended on divergent constitutional narratives and ‘interpretative discretion’, so divergent narratives have coexisted within Scotland and Wales on the one hand and the UK on the other. Both sets of narratives can draw on ample examples of government behaviour, and legal judgments, since devolution to bolster the legitimacy of their views.

In the early days of devolution, divergent narratives had few consequences. However, to extend the metaphor, Brexit threatens to throw open the box in which devolution is located. This is because the need to legislate extensively to implement it will provide repeated opportunities for intergovernmental disputes to arise from these divergent narratives. The lengthy disagreements over Clause 11 of the EU Withdrawal Bill in late 2017 is likely to be the first of many. A memorandum of understanding was eventually used to alleviate the dispute. However, the language of the memorandum emphasised the determination to keep the terms of debate within the framework of Schrodinger’s devolution. Governments will ‘seek to agree’ the content of regulations; agreement is ‘not to be unreasonably withheld’; and the UK government can press ahead if agreement is not forthcoming.

Schrodinger’s devolution has tacitly defined the UK territorial constitution for twenty years. It emerges from deep-laid patterns of thinking, and as such, awareness of the origins of the tensions that we see today are limited both at UK and devolved level. But the divergent patterns of constitutional thought mean that ‘taking back control’ in 2018 has very different meanings in different parts of the UK. Political tensions arise from the visible contrast between, on the one hand, the parity and dualism that has typified intergovernmental relations so far, and the threat of a sudden reversion to parliamentary sovereignty and centralism under pressure from Brexit. And one consequence of the informality of UK intergovernmental relations is that constitutional disputes manifest in the political sphere, with no rules-based process to dissipate tensions.

An obvious conjecture is that these differences of worldview could increase the possibility of one or more devolved areas seeking to leave the UK. This is not a given. In 2018 there appears to have been a shift in views in Northern Ireland, but in Scotland the evidence is far more equivocal. A more likely outcome is that continued disputes will drain political goodwill and legitimacy out of the devolution settlement. The UK may end up routinely asserting Parliamentary sovereignty ‘against’ the devolved institutions, reinforcing grievance narratives and widening gulfs of perception between the different parts of the UK.

Note: the above draws on the authors’ published work in Parliamentary Affairs.

Cathy Gormley-Heenan is Pro-Vice-Chancellor for Research and Impact at Ulster University. 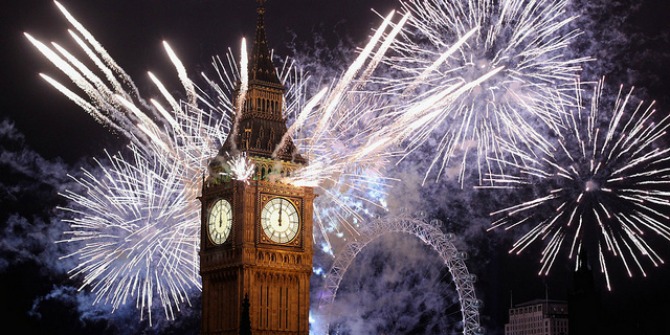 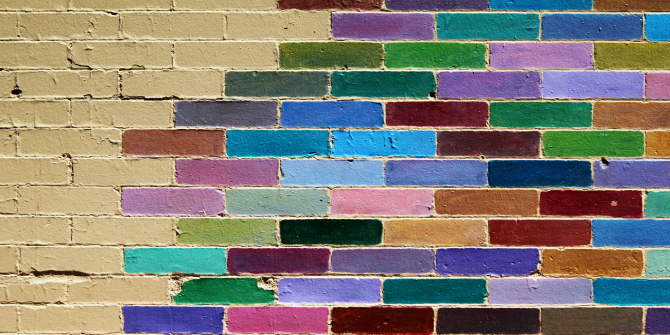 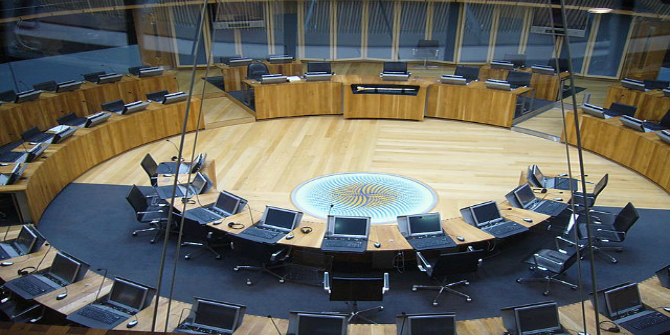