Kezia Dugdale recently attracted attention for proposing that the party she leads, the Scottish Labour Party, should have a far greater degree of autonomy from the London-based British Labour Party. Eric Shaw looks through the ramifications, arguing that though the move raises questions, its logic is entirely inescapable given the SNP’s current dominance.

Scottish Labour’s role in the wider party has never been so diminished, so marginal, so hapless but nor has its revival been so essential to it. In the 1980s as much of a quarter of the Parliamentary Labour Party consisted of Scots. Since May this has dwindled to less than 0.5% – a solitary MP. Scottish Labour’s capacity to influence the party in Westminster has never been weaker, but will be inclined to disregard it. The party’s prospects of returning to power, already modest, will falter even further if it fails to regain constituencies lost to the SNP. So, paradoxically, although Scottish Labour’s power in the wider party has shrunk its leverage has not.The question is: who holds the lever? Prior to the last general election the most common source of disagreement within Scottish Labour was not ideology but constitutional, as MSPs and MPs divided over the desirability of further devolution.

With Westminster Labour humiliatingly reduced to one single survivor the balance of power has swung heavily towards the pro-devolutionary Holyrood wing bolstering the hand of those seeking much greater party decentralisation, notably Labour’s young new Scottish leader, Kezia Dugdale. Jeremy Corbyn, with whom Yvette Cooper-backing Dugdale has struck up a good working relationship, has been receptive and the two recently released a joint statement urging the executives of the UK and Scottish parties to agree reforms that would deliver ‘a more autonomous Scottish party.’

But what, precisely, does ‘autonomous’ mean? Here it may be useful to distinguish between three major processes: devolved policy, reserved policy and finance and organisation.

Not only has Dugdale insisted that Scottish Labour’s right to formulate its own policy positions on reserved matters be constitutionally acknowledged she has also maintains that where differences with the UK party they should be resolved by negotiation not, as in the days of Blairite ‘control freakery’ by fiat. This is presumably what she has in mind when she described the proposed new arrangements as a ‘federal solution’ (Herald 26 October 2015).

The first example of disagreement came with the the Scottish conference’s decision to reject Trident renewal (though, an important but overlooked caveat, only on the basis of a firm commitments ‘to trade unions representing defence workers on the retention of defence workers jobs’). This was not unexpected, not least because of the SNP’s forceful repudiation of nuclear weapons. This is, of course, a highly divisive issue in the PLP – with Corbyn at odds with most of his frontbench – which perhaps explains why Shadow Defence Secretary Maria Eagle was so quick to remind people that defence policy was ‘not a devolved matter so Labour party policy on this must be set at a national level.’

In fact, nobody in the Scottish party is claiming otherwise – it is merely asserting the right to decide freely, through its own institutions, what it believes that policy shouldbe. It is clear that some within Labour Westminster remain highly uneasy about the Scottish (presumably too the Welsh and maybe other bodies) adopting and campaigning for policies other than those acceptable to the UK party.

But for Dugdale a clear, vocal and distinctive voice for Scottish Labour is vital, even at the cost of uncovering internal party fissures. It had suffered heavily in the May election, she declared, by the perception that it was ‘a branch office’ of the UK party: hence in future its policy positions;

‘will be made in Scotland by the people in the Scottish Labour Party. I think that is something that voters in Scotland had long been crying out for’ (Herald 26 October 2015).

But relations of dependency will persist if traditionally poorly resourced Scottish Labour remains reliant on central party largesse. It aims to become financially self-supporting but how this will be achieved is yet to be spelt out. ‘Resolving questions about staffing, finance and much else,’ Dugdale concedes, ‘will be very technical and difficult.’ We must await the result.

So far the proposed new organisational and constitutional package is sketchy and many details need to be filled on. For example, what will be the impact – likely to be ever greater as more powers are devolved – of the troubling ‘West Lothian Question’ (or ‘EVEL’)? Equally, what will be the consequences the new Corbyn leadership as, one can expect, institutional tensions will be overlaid by intensified ideological ones? But if there are many uncertainties, one thing is not. Given that the SNP continues to be the master of all it surveys, the logic of more party devolution is inescapable.

Note: this post originally appeared on Democratic Audit – Scotland and  represents the views of the author and not those of British Politics and Policy blog or the LSE. Please read our comments policy before posting. 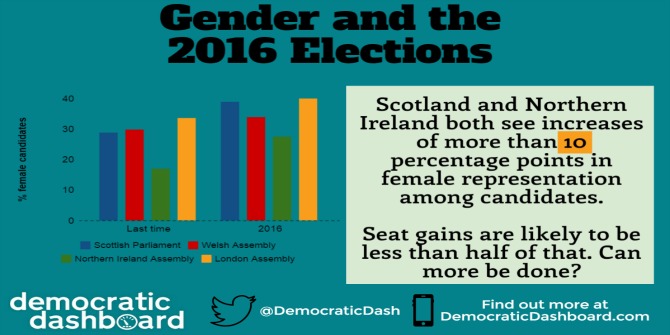