Scottish local elections: there was something in the results for all parties except the Conservatives

Scottish local elections: there was something in the results for all parties except the Conservatives

James Mitchell offers an overview of the 2022 local election results in Scotland. He concludes that there was something in these results for all parties except the Conservatives, who are being viewed through the predictable prism of an independence referendum.

A common complaint in the weeks leading up to the Scottish local elections was that national issues dominated the campaign. On polling day, Nicola Sturgeon urged voters to ‘send a message to Boris Johnston, a message of disgust at his antics’ and Douglas Ross, Scottish Tory leader, attacked the SNP’s ‘obsession with independence’.

Despite the overall fall in support across most of Scotland, the Conservatives managed to make gains in a few places and held their own in others: they replaced the SNP as the largest party in Moray, extended their lead in Aberdeenshire, and replaced Labour as the second party in North Ayrshire. But these were the exceptions as the party lost ground throughout most of Scotland. The pattern was sufficiently clear to require more than local explanations for the results. But whether that was a problem caused by the leadership at Scottish, British or both levels is contested within the Conservative Party.

With the decline in support for the Tories, the key question was who would benefit. It turned out to be all of the other parties varying from place to place. SNP, Labour, LibDems and Greens all saw a slight increase in first preferences with very little difference between them and each indulged in post-election spin to claim great breakthroughs.

After 15 years in office, the SNP remains dominant. But this dominance is most evident at greatest distance with 48 of 59 Scottish seats in the Commons; 64 of 129 seats in Holyrood; and the 453 of 1226 councillors across Scotland. The SNP is also the largest council group in 23 of Scotland’s 32 councils. But while these local results are the envy of all the others, they do not augur well for a party looking for momentum looking towards a second independence referendum nor is it clear how they constitute a mandate for another referendum.

Opinion polls might be expected to exaggerate support for the parties and understating support for Independents but it was only SNP support that was notably over-stated in polls leading up to the local elections. This heightened expectations of momentum that never occurred but did not stop the well-oiled SNP communications machine to fire into action with claims that this modest advance was a major victory.

Labour will take comfort in replacing the Conservatives as the second party in these elections. Overtaking the SNP and winning overall control of West Dunbartonshire, though with fewer first preference votes, was an important symbolic victory. But despite narrowing the gap with the SNP in South Lanarkshire and Glasgow, there will be disappointment that such major symbolic victories eluded Labour. The key issue for Labour following this election is whether it can take advantage of its status as Scotland’s second party, noting that it has yet to achieve this in Holyrood, and whether it will now be seen by the media and public as the main challenger to the SNP. Being in third place had undermined Labour’s efforts to win back support as focus had been on the sharp SNP/nationalist vs Tory/unionist binary divide. Labour voters who moved to support the SNP with the independence shock were likely to remain with the SNP so long as the Tories were seen as the main challenger. The Tory second place provided a protective barrier for the SNP. Once breached, Labour may now be able to appeal to voters.

The Liberal Democrats have made a comeback in the Highlands, gaining five seats though the SNP is now the largest grouping on the council, just coming ahead of the Independents who lost seven seats. The LibDems have been making slow but steady progress in areas of traditional strength since the electoral debacles resulting from the LibDems coalescing with the Tories in 2010. A key breakthrough came in Edinburgh, where the LibDems gained six seats, only one behind Labour which gained only one seat in the capital. The Liberal Democrats picked up six seats in Fife, concentrated in the north of the region, consolidating their support in a traditional area of strength which for a short period fell to the SNP. The Liberal Democrats have representation in 14 local authorities with only one councillor in four.

The biggest advances for the Greens came in Edinburgh and Glasgow with ten seats in each city, together constituting over half of all Scottish Green councillors. The Greens are now represented in twelve councils though only by a precarious toehold of one councillor in nine of these areas. The three Island Councils remain dominated by Independents. Independents remain strongest outside urban and central belt Scotland but while their first preference vote share rose, the number of Independent councillors declined

The electoral system makes it difficult for any party to win an overall majority yet two councils now have one party in overall charge. The SNP won an overall majority in Dundee, a city widely acknowledged to have been well run by the previous minority SNP administration. But the SNP came close to losing its position as the largest party in Glasgow, where the SNP administration has been heavily criticised for a number of failings. Labour takes control of West Dunbartonshire, which along with Dundee was one of the four local authority areas that voted Yes in the independence referendum.

The two other Yes authorities – North Lanarkshire and Glasgow – were key battlegrounds in these elections between Labour and the SNP. The SNP gained three seats in North Lanarkshire, retaining its position as the largest party. Religion interplayed with politics in the long tradition of this area, with Henry Dunbar, the former Imperial Grand President and Grand Master of the Grand Orange Lodge of Scotland elected as Labour councillor in Airdrie. Cllr Dunbar had organised the largest pro-union march during the independence referendum.

In Glasgow, Labour and Greens advanced as the Tories and SNP fell back. Ballot placing may have played its part in the defeat of one of Nicola Sturgeon’s closest political allies by a Green, also Scotland’s first trans councillor. Th new councillor saw her victory over the SNP due to people ‘voting for quality of life and not independence’. There has been speculation that the Greens, which advanced in many parts of Scotland, might assist the SNP form administrations in some councils just as the Greens have in Holyrood, but this cannot be guaranteed.

All parties had difficulty finding candidates in some parts of Scotland. Despite its post-referendum surge in membership, though it has declined substantially from its peak, the SNP struggled to find candidates in areas such as the Scottish Borders, Dumfries and Galloway, Highlands, and even Moray, an area that was once a traditional stronghold. The Tory success in Moray may simply be down to SNP inability to field candidates but still does not augur well for the SNP in future elections where local ground campaigns can make a difference.

Overall, there was something in these results for all parties except the Conservatives., who are being viewed through the predictable prism of an independence referendum. The coming weeks will determine the control of councils which will be seen through the all too familiar prism of nationalism/unionism – whether unionist parties will unite or whether SNP/Green agreements might be reached. In all likelihood we will see a kaleidoscope of combinations across Scotland reflecting the diversity that a system of local government is supposed to allow.

James Mitchell (@ProfJMitchell) is Professor of Public Policy at the University of Edinburgh.

Photo by Poseidon X on Unsplash. 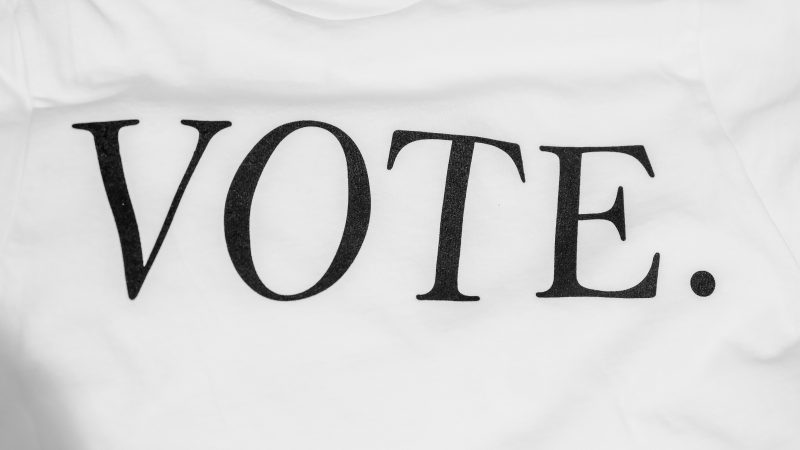