Select Committees in the UK Parliament have become more powerful over the last five years or so since the implementation of the Wright Commission reforms, which allowed for – amongst other things – the election by the whole House of Commons of members and chairs. Here, Ian Marsh looks at the outreach of the committees since these changes, finding examples of good practice and unfulfilled potential. He concludes that while a great deal has been done, there is potential for far more.

One of the constructive features of the 2010-2015 Parliament was the enhanced role of the select committee system. The election of chairs by the whole parliament and of committee members by their parties were both critical steps which considerably amplified its independence. And a number of committees responded enthusiastically to this opportunity. Moreover, as our recently released report demonstrates, committee practice also recorded significant advances. In particular, the committees sought to extend public engagement and outreach, both directly and via social media. There will hopefully be many opportunities to deepen these activities in the current Parliament. The potential was perfectly illustrated in the initial outreach of the new Scottish Affairs Committee. The committee framed its approach to its publics as follows:

It is easy to catalogue the miscellany of changes in the wider political environment. These include a general rise of public disaffection and of insurgency politics, the baleful affects of the news cycle, significantly loosened citizen loyalty to the major parties, the development of celebrity politics, ‘short-termism’, the emergence of cross cutting pressures within major parties, the rise of third, nationalist and single issue parties and a proliferation of cause and campaigning groups alongside more established interest associations.

More deeply, these developments are arguably a consequence of two structural changes affecting citizen identities and the wider systemic role and standing of the major parties. First, citizen identities have pluralised and differentiated. This change originated in the advocacy of the social movements of the 1970s. Think of the women’s, gay ethnic, animal rights, consumer, environment, consumer, neo-liberal (or free market), peace-third world and nationalist movements, the specific causes they have promoted, the opposition which this has generated and the differential reactions which they have stimulated amongst members of the major parties.

The causes which they championed have since crossed over into broader public orientations and this has been associated with a significant change in citizen political attitudes. Gay marriage, global warming, women’s rights are all recent symptoms. Class-based orientations remain important but these have been joined by an array of new commitments. In turn, these have often stimulated counter-movements to defend other or more traditional loyalties or behaviours. Moreover, community attitudes have pluralised and differentiated in ways that often do not fit easily within nominal party alignments. And finally, wider global and regional issues, which might seem to compromise national political sovereignty, create an additional cross-cutting fault line.

A second institutional development concerns the weakened systemic role of the major parties. Major party organisations once provided much of the tissue that linked citizens to the formal political and policy making system. This created the ‘strong’ identification which marked the attachment of most citizens to one or other of the major parties-in-parliament, a level of loyalty, which has now hugely diminished. Then party brands could cue wider public opinion. Mass membership testified to wider party legitimacy. And the major parties offered their publics substantially different longer term visions of the kind of society they wanted to create. These features were reinforced in elaborate organisational infrastructure (branches, conferences, clubs, specialist groups) through which activists and interest groups not only aligned with one or other of the major parties, but also gained opportunities for expression and voice.

To change the metaphor, the major party organisations once created many of the nerves and circuits which linked citizens to the broader political system. Activists gained a voice in the establishment of agendas and party memberships and party brands added legitimacy and authority to these outcomes. The weakening of partyorganisations has diminished these organic connections without any substantial new infrastructure emerging in their place. It has diminished the overall legitimacy of partisan politics and contributed to political disaffection amongst citizens more generally. This has been compounded by the broadening of citizen identities referred to in the preceding paragraph.

The consequence of these developments is first, a representation gap – citizen opinion has pluralised but systemic capacities to listen and respond have diminished; and second, a strategy gap – the key role of party conferences as tantamount to agenda setting forums is if not negated at least much diminished. These outcomes are inter-dependent.

In seeking to broaden their public engagement, this is the institutional and social context into which the select committees have explicitly moved. As will be clear from the above discussion, this intervention would seem to be both timely and opportune. It addresses (at least partially) the gap which has opened up between the formal political and policy making system and its publics. As our report also makes clear, in seeking to narrow this gap, select committees begin with some singular advantages.

But whilst much has been accomplished much more remains possible. The orientation to public engagement across committees has varied – as has the depth of its embrace. The challenge to chairs, members and committee staff are considerable and our report lists twelve specific recommendations that seek to crystallise them into particular actions.

More broadly, the emergence of social media creates many opportunities which go far beyond augmenting the way inquiries are communicated.  Social media involves a technology that can transform two-way communication and engagement. Whilst in no way a substitute for public hearings and face-to-face encounter, they can buttress, augment and enrich this activity. Social media offer many opportunities to broaden engagement and thus significantly enhance the standing of parliament amongst its publics. But political engagement represents a special form of encounter – it is not one-off like a piece of advertising copy – its proper realisation involves serial and reciprocal connection. The ecology of engagement must ultimately turn on deliberative exchanges, either directly or through their near simulation.

These developments are in their infancy and citizen disaffection remains a paramount political challenge. Thus the 2015-2020 parliament has the opportunity to initiate pioneering experiments or pilots that could have far wider and far reaching democratic implications.

Note: this post originally appeared on the Democratic Audit.

Ian Marsh is a Visiting Professor at the Crawford School, Australian National University. His study Democratic Decline and Democratic Renewal: Political Change in Britain, Australia and New Zealand (with Raymond Miller) was published in 2012 by Cambridge University Press. 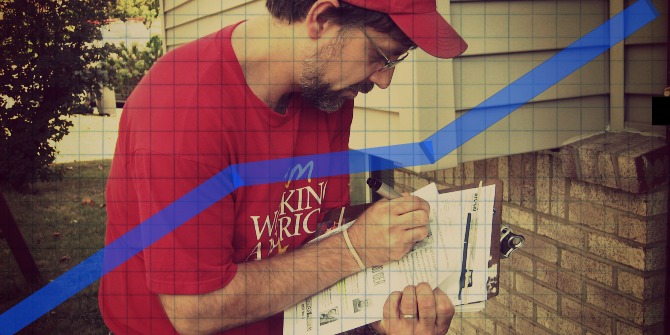