Super injunctions have been with us for some time. In the past, the University of Lincoln’s Barnie Choudhury has wondered whether the world had gone completely mad over the use and abuse of super injunctions. Now, after an MP let a Red Devil out of the bag, threats were issued to stop parliamentarians using a centuries old privilege and a committee made recommendations, he asks why on earth can’t we simply learn to relax?

The story so far. Andrew Marr outed himself as being one of those who took out a super injunction which meant we could not report that he’d used legal proceedings to stop our reporting that he’d had an affair with a female journalist. Inhale. Are you still with me? Good. Carry on. Soon afterwards Manchester United footballer, Ryan Giggs, scored an own goal. Hang on he didn’t out himself, did he? No, his name was “tweeted” on the social network site Twitter and then the Liberal-Democrat MP, John Hemming, named Giggs in the full glare of television cameras by using parliamentary privilege. And then in the second half, sick as a parrot, the Justice Secretary, Ken Clarke, hinted at a committee hearing that MPs could be gagged under new rules which would over turn the centuries old law of privilege. Phew! So why did we have our proverbial knickers in a twist, again? Because to quote the text of the country tune: it is a “Somebody Done Somebody Wrong Song”. And we simply love to listen to that sort of ditty.

Let’s be clear about one thing, please. I am not some lounge lizard in favour of “sex outside marriage at every opportunity with a host of different women” type guy. It’s not my Hindu-Brahmin upbringing either. I simply just don’t think a minor celebrity’s sex life is news. It’s not new, it’s not interesting and I don’t care if it’s true. Extra-martial sex is a private matter – as long as the man or woman who was unfaithful did not make his or her reputation or preach from the bully pulpit that sex outside marriage is a sin, forbidden and punishable. Even then, if they end up straying then it is nothing more than hypocrisy. And is that really a crime punishable with ridicule by media? Erm, not really, not as long as it does not impact on public policy. In other words it has got to be something important that is in the public interest and not something prurient which interests and titillates the public.

And this is where I think Lord Neuberger and his committee have missed a trick. We still seem to be caught between a legal rock and lawful hard place. The Neuberger report is clear that judges do not make laws; they only mete out punishments. Making laws is the purview of parliamentarians and so far, despite big hints from David Cameron, the government has shied away from a full blown privacy law. The two concessions are that the media should have the chance to challenge any injunction or super injunction; and they “can only be granted when they are strictly necessary”. But what does this mean?

Lawyer: “Your Lordship, I act for the Daily Bungle and would like to object to this super injunction.”

Plus ça change, plus c’est la même chose. Unless I have missed something obvious, I just don’t see what difference the report’s recommendations will make. Having made this argument, there is one glimmer of hope. Since January 2010 only two super-injunctions have been granted, according to the BBC. One of these was overturned on appeal and the second lasted one week. Of course we may be being lulled into a false sense of security because at least one newspaper says eighteen were granted this year alone. Who to believe?

I think the judges could have and should have been braver. They could have said: “We believe we as the interpreters of the law think it is high time we exercised common sense. The law should not be used to argue privacy when a man or woman has played away from home. As for your children, well, you should have thought about that before the whistle was blown.” That may sound harsh but it is clear cut and not open to interpretation. And that’s the problem with the law. All the while humans are involved, the law is not an exact science. It is about precedents, opinions and arguments. But surely the law can exercise commonsense? Forget the immense cost, when will a judge simply say: “Don’t waste my time with this nonsense”?

And this is even before the big question. We live in a super fast age. When the instant we want to say something to the world we can do so. In April, some chap called Ken Mueller passed his 100,000th tweet. I’m deliberately typing short sentences to ape those on Twitter. Back to the question: suppose Twitter, heaven forbid, got it wrong, as in the case of Jemima Khan, what can we do? How can we defend our reputation in this super highway where lies are around the world long before truth has the chance to get its boots on? No matter what anyone says, we simply cannot police cyberspace. It’s too vast, too unwieldy and too full of clever people who will run rings around any police officer. As one cop told me when I was investigating organised criminal gangs: “Criminals don’t have to obey the law, we do and that’s why we’re always at least one step behind.”

So do we give up and go home? No, I am not suggesting a free-for-all. We all cherish our right to privacy. But – and this is probably naivety to the extreme – why can’t we be more open and transparent in what we do when it doesn’t really matter and the world isn’t going to end? I get that you can’t prejudice a jury. I get that some things are best kept secret. I get with democracy comes responsibility. But the thing is this: Messers Marr, Giggs and don’t forget Sir Fred Goodwin, did what men and women have been doing for centuries – they cheated on their partners and society demands they should be publicly punished.

The Romans did it best – public humiliation, I mean. They put you in an auditorium and you had a choice, fight for your life…or fight for your life. But they also did adultery and intrigue best as well. If Sky’s Spartacus: Blood and Sand serial is to be believed, the Romans did it in full view of everyone, at every opportunity and with the blessings of the Gods. There you see, no need for injunctions, never mind the super variety. Be open and transparent and soon it becomes so blasé, so out there and eventually so what? So come again, why do we really care when it’s a somebody done somebody wrong song? 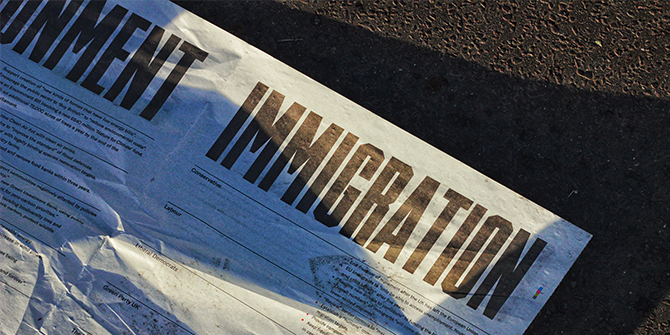