With the 2013 Spending Review now behind us and political parties starting to shape up their policies for the next election, Ruth Lupton assesses Labour’s social policy record between 1997-2010 and the legacy that it left for the Coalition. After a very detailed review of the evidence, compiled by CASE, we cannot conclude that Labour spent a lot and achieved nothing, nor that its big expansion of public spending before the recession caused the fiscal crisis

Social policy in the UK has been operating in a ‘cold climate’ since the financial crash of 2007-8. A deep recession has been followed by a stubbornly slow and halting economic recovery, with low growth projected for the coming years. At the same time, pressures on the public purse are set to increase, with an ageing population and a large public sector debt and current budget deficit. Public spending must go down or taxes up, or both.  The balance between these and the timescale over which they should occur is a matter for political debate.

In this context, perhaps it is not surprising that some politicians and commentators are keen to demonstrate that public spending doesn’t work, as Fraser Nelson recently claimed in the Daily Telegraph, or, as David Cameron has suggested, that high public spending by the previous Labour government caused the large deficit that the Coalition inherited.

New research by the LSE’s Centre for Analysis of Social Exclusion (CASE), and funded by the Joseph Rowntree Foundation, Nuffield Foundation and Trust for London, is looking at the facts behind these statements and Labour’s counter claims. The first phase of the research programme, released today, sets out an objective, in-depth record of Labour’s social policies and spending from 1997-2010, through a series of papers on health, early years, education, cash transfers, poverty and inequality and neighbourhood renewal.  Later phases will do the same for the Coalition.

There is no doubt that Labour set out an ambitious agenda and backed it with spending. Overall public went up by 60 per cent in real terms, and from 39.5 to 47.4 per cent of GDP.  Extra money was targeted on health and education, children and pensioners. A lot was delivered for the money. Kitty Stewart examines early years provision, where key policies included longer maternity leave, 3500 Sure Start Children’s Centres, free early education for all three and four year olds, and more affordable and higher quality childcare. Ruth Lupton documents a large increase in the school workforce, with 48,000 extra FTE teachers and large falls in pupil-teacher ratios. She also looks at Labour’s approach to neighbourhood renewal, where the injection of new cash funded improvements to social housing, neighbourhood management and policing, nurseries, health centres, parks, playgrounds and schools. John Hills looks at the way in which policies towards benefits and tax credits were closely focused on pensioners and families with children, with spending on other working age benefits falling back as a share of national income.

The analysis also shows clear and quantifiable impacts on important dimensions of social welfare. Many of the socio-economic outcomes Labour targeted improved. In the poorest neighbourhoods, rates of worklessness, crime, litter, and vandalism fell. School attainment rose and there were big reductions in the gaps between the exam results of poorer and richer pupils.  There were measurable improvements in parenting as well as children’s health, behaviour, and other developmental outcomes, and some health indicators improved, such as higher life expectancy, and reduced socio-economic gaps in infant mortality. Child and pensioner poverty fell to match the levels of other groups, and there was a striking reduction in income differences between age groups across the life cycle.

Many people may also be surprised to know that after all this spending but before the financial crash in 2007/8, the UK’s finances were in better shape than when Labour took over, with a lower deficit and national debt as a proportion of national income (GDP).

However Labour did not achieve all of its ambitious vision. It missed some of its own targets. Polly Vizard shows that progress on health indicators was mixed, with disappointing progress on some outcomes including a failure to reduce the overall life expectancy gap between the areas with the worst health and deprivation and the rest. The UK did not improve in international league tables. Gaps in school attainment fell less at higher levels of attainment, raising concerns about future social mobility. Also, on key issues that Labour didn’t target, there was no progress and some outcomes got worse. Poverty for working age people without children rose, wage inequality at the top increased and there was no overall change in income inequality.

After a very detailed review of the evidence, we cannot conclude that Labour spent a lot and achieved nothing, nor that its big expansion of public spending before the recession caused the fiscal crisis. Labour spent a lot, expanded public services, improved many socio-economic outcomes and made progress towards greater equality on many dimensions. But after a decade of economic growth and generous public spending from a government with a mandate to tax and spend, income inequality was still high by international standards, and very large socio-economic gaps remained on many indicators of health, education and living conditions. Whether Labour did enough remains an open question. The Coalition faces these challenges in a much less favourable economic and fiscal climate. 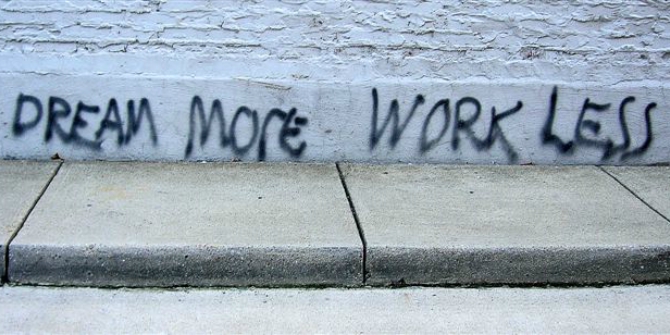