Technocratic governance has become a pervasive feature of economic management in advanced democracies. My research explores a yawning gap between the theory and the practice of technocratic economic governance. The real world of fiscal rules is more political and social than conventional accounts admit. In the late 20th and early 21st centuries, governments introduced fiscal policy rules to reassure electorates and financial markets that they were sound custodians of the public finances. Such ‘depoliticisation’ supposedly took fiscal policy away from fractious parliamentary politics, moving it towards the realms of technical administration.

Some academic work discusses fiscal rules as if they are sacrosanct and unchanging. Yet state managers exhibit powerful desires to escape these constraints, with fiscal rules repeatedly flouted and frequently changed. Economic policymakers have an apparent compulsion to hem themselves in, yet this is tethered to a more powerful impulse to escape these self-imposed shackles. Analysing the creation, revision, and transgression of these rules illustrates how they are embedded in distinctive, yet overlapping, forms of politics.

The (partisan) politics of economic ideas

Despite their apolitical appearance, fiscal rules are frequently marshalled for partisan purposes that reveal the particular economic ideas surrounding their invention, revision, and interpretation. Following its election in 1997, the Labour government introduced fiscal rules to bolster the party’s economic credibility. Chancellor Gordon Brown adopted a ‘Golden Rule’ specifying that, over the business cycle, the government would borrow only to invest, not to fund current spending.

The aim was to demonstrate Labour’s fiscal prudence, while simultaneously addressing historical UK under-investment. Indeed, they were underpinned by a particular vision of political economy: Paul Romer’s ‘new’ growth agenda. This emphasised a wide-ranging role for the state in providing technological, infrastructural, and human capital investment. They therefore embodied a critique of prior Conservative economic management, which had engineered a dramatic reduction in public investment over the preceding decades.

Despite technocratic aspirations to move fiscal policy into a depoliticised administrative realm, rules-based fiscal policy remains enmeshed in a politics of numbers (statistical ‘book-cooking’ to ‘meet’ numerical targets), and a politics of economic method (manipulating parameters of economic models). Part of Chancellor Osborne’s rationale for creating the OBR was an ostensible desire to curtail these political shenanigans by delegating fiscal oversight to an external expert institution. Here, Osborne was again critical of Labour’s record. In 2005, Brown had ‘re-interpreted’ his fiscal rules, altering the economic cycle’s start from 1997 to 1999, despite much evidence suggesting otherwise. This change enabled Brown to claim his Golden Rule had been met.

For all Osborne’s critique of Labour book-cooking, Conservative Chancellors were unrelenting in their own fiscal manipulations. The OBR consistently noted the ‘scorecard artistry’ of Osborne’s Treasury. Spending commitments were manoeuvred into following years (as with World Bank payments in 2013) in order that, within specified forecast periods, fiscal targets were notionally hit.

The OBR, its independent overseer status notwithstanding, was no less embedded in the politics of fiscal policy. Its creation by the Conservatives in opposition, and imbrication in partisan fiscal tussles over Labour’s alleged profligacy, gives the lie to outsourced, technocratic economic governance being apolitical. Furthermore, while its creation circumscribed the governmental politics of economic method, ruling out some of the old shenanigans (such as massaging trend growth rates), a politics of economic method persisted within the OBR’s own fiscal modelling. This did not operate to portray UK fiscal policy systematically in a more or less favourable light, nevertheless OBR staff attest to the degree of judgement, intuition and tacit knowledge involved in conducting economic forecasting and oversight.

The OBR – like other independent fiscal institutions – must grapple with slippery, non-observable economic concepts that are very hard to gauge. Measures of potential output, the output gap (the degree of slack available in the economy) and potential productivity are integral to medium-term economic forecasting – and the enactment of fiscal rules. No agreed approach exists for discerning these – with practitioners acknowledging methodological choices can be somewhat arbitrary. Techniques can reflect differing and contestable views of the economy. A statistical filters approach – one amongst many available alternatives for determining the output gap – assumes, for example, that an economy tends promptly towards equilibrium, thus yielding a distinctive growth path. In this way, different understandings of the economy and policy underpin apparently technical choices. This reveals the persistent and consequential politics of economic method underlying fiscal rules regimes and technocratic fiscal governance.

Fiscal rules and their enactment reflect dominant but changeable ideas of ‘sound’ fiscal policy and the influence of partisan political concerns. Governments frequently use rules regimes to participate in the social construction of economic credibility, often to denigrate opponents. They breach or change rules, or engage in book-cooking shenanigans to secure an observance of the rules that is somewhat illusory. Forecasting methods and techniques, whilst presented in technical and formalistic manner, also constitute key sites where choices made can reflect different economic worldviews – distilled in economic modelling assumptions. Far from taking the politics out of fiscal policy, the advent of fiscal rules – and the OBR – engenders new forms of contested fiscal politics and elite statecraft. This politics may be hidden, but remains burgeoningly present.

Ben Clift is Professor of Political Economy at the University of Warwick.

Photo by micheile .com on Unsplash. 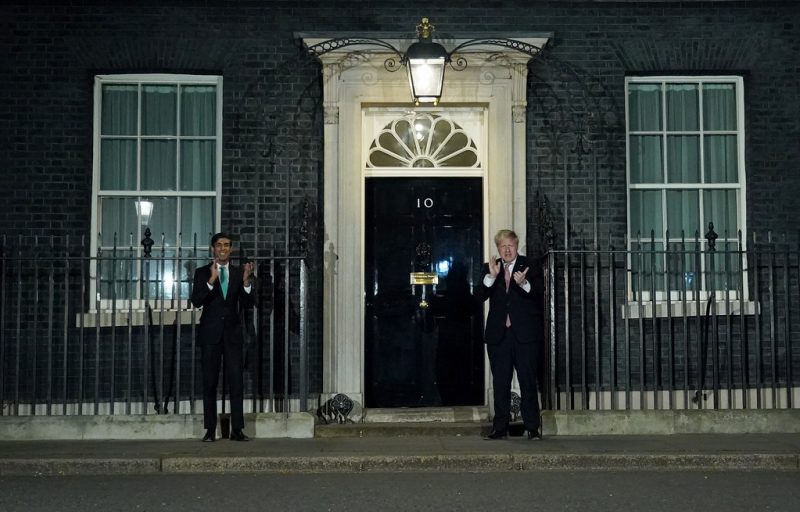