First, how has the public reacted to five years of radical reform in an age of austerity? The answer is, compared with historical precedents, somewhat quietly. The public has accepted many of the coalition’s reforms to the public sector, including reform of the NHS, cuts to benefits and the rise in tuition fees. In previous recessions we have seen a rise in support for public spending, but the public seems to have accepted the need for austerity.

For example, in spite of pressure on incomes and working age benefits, only 30 per cent want to see more government spending on welfare benefits. This was 61 per cent in 1989. Satisfaction with the NHS (including A & E) has increased in the past year (after a real wobble). And most people in England believe that at least some students should pay tuition fees. Even in Scotland where there are no fees, most people think there should be.  There are some wrinkles (eg some signs of lower satisfaction with GPs services) – but overall, given the extent of changes, the attitudinal reaction is not huge.

Second, what has happened to the political landscape? Back in 2010, Nick Clegg (perhaps somewhat rashly), promised to renew our faith in politics. This hasn’t happened (yet, anyway). In fact, the public has also gone off the principle of coalition – people’s preferences have shifted back to single party government. Although of course, there is a strong likelihood that they won’t agree on which single party they want to lead us! But what we have seen is the extraordinary rise of UKIP. We’ve taken a close look at UKIP supporters in this report.

UKIP supporters are anti-immigration, anti-Europe and socially conservative. They’re more likely to support tougher sentencing, the death penalty, and to believe young people don’t have enough support for British values. No surprises so far. But in addition to being disproportionately working class, UKIP supporters are particularly likely to believe that there is one law for the rich, and another for the poor, and to believe that the gap between the two is too wide.

They are not keen on government intervening to redistribute wealth though – perhaps because they are particularly cynical about establishment politicians, and feel they don’t have a say in government decision making. Our assessment is that UKIP supporters have a very distinctive profile, and should not be dismissed as a protest vote.

Finally, what are the big troublesome issues that could trip any new government up?

Note: This article was originally published on the Democratic Audit blog and gives the views of the author, and not the position of the British Politics and Policy blog, nor of the London School of Economics. Please read our comments policy before posting. For more information about the Social Attitudes Survey, please see the NatCen press release which is available here. The report homepage is here. 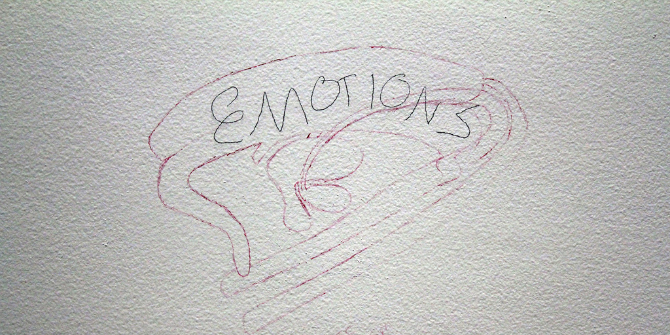