While Boris Johnson does not meet the definitional elements of populism, he deploys some of its rhetoric and style, explains Ben Margulies.

Many leaders who are described as being ‘populist’ have messy personal lives or outlandish public personae. Donald Trump’s affairs and rhetorical outlandishness are the most prominent example; before his rise, Italy’s Silvio Berlusconi sought a similar public performance. Peru’s Alberto Fujimori underwent a messy public divorce in office; Rodrigo Duterte, President of the Philippines, insulted God, the Pope and Barack Obama. All have faced establishment condemnation of their personal discipline and character, most of which seems to have little effect upon their popularity.

But is Boris Johnson a ‘populist’? Johnson’s willingness to embrace a no-deal Brexit certainly draws on a populist interpretation of the 2016 referendum result. It matches Mudde’s definition of populism as a battle to fulfil the popular will. On the other hand, Johnson rarely speaks about an ‘evil’ elite. His blithe optimism about Brexit does not suggest the performance of crisis that Benjamin Moffitt deems central to populism. His rhetoric does not recall Margaret Canovan’s description of populism as a vehicle for redeeming the people through democratic mobilisation either.

Although Boris Johnson may not meet all the criteria of a populist leader, Johnson’s appeal arguably rests in large part on two aspects of populism: a willingness to defy conventional manners and ethics; and a rejection of restraint that evokes, however distantly, the central populist concept of sovereignty. Johnson’s insouciance embarrasses a po-faced, morally serious elite, something which resonates with a highly disenchanted electorate, and his devil-may-care attitude and impishness reflect fantasies of empowerment – individual and collective – that many voters share.

Boris Johnson adopts a ‘maverick’ persona. In a 2009 article, Robert Barr tried to explain how politicians who are part of the establishment manage to portray themselves as outsiders. He developed the term ‘maverick’ to denote the phenomenon. A maverick ‘is a politician who rises to prominence within an established, competitive party but then either abandons his affiliation to compete as an independent or in association with an outsider party, or radically reshapes his own party’.

Mavericks often distinguish themselves from the rest of the establishment in the same way that other populists do: by pretending to reject elite or mainstream manners. In Latin America, Pierre Ostiguy observed that this often meant embracing ‘low’ – that is, culturally low status, folk, or ‘popular’ customs – while Benjamin Moffitt spoke of an embrace of ‘bad manners’. That said, any eccentricity could make one a plausible maverick, and thus a populist leader. This is how Jacob Rees-Mogg, has developed a popular following: through the cultivation of a deliberately anachronistic persona and set of policy preferences.

In a recent article on Boris Johnson, Fintan O’Toole quoted a novel Johnson published, Seventy-Two Virgins. The novel’s narrator, a stand-in for the author, stated that he was akratic, a term that means undisciplined or lacking in personal self-control. ‘To Aristotle, an akratic is a person who knows the right thing to do but can’t help doing the opposite,’ O’Toole writes. He adds:

This is not just, as he himself seems to have intuited, Boris Johnson to a tee. It is also the reason why he embodies more than anyone else a Brexit project in which the very people who promised to take back control are utterly incapable of exercising it, even over themselves.

To some observers, this indiscipline simply signifies that Boris Johnson is unfit for office. But in other ways, it encapsulates quite neatly his populist appeal, in that it is a constant performance of ‘bad manners’. As O’Toole points out, Boris has a long record of lying and making racist comments. His ‘evasiveness’ appeals to those who think the system is corrupt anyway, much as Silvio Berlusconi’s ‘cleverness’ found an appreciative audience among Italian voters.

O’Toole notes that Boris Johnson refuses to take politics seriously. He claims that this is an English trait:

The anthropologist Kate Fox, in her classic study Watching the English, suggested that a crucial rule of the national discourse is what she called The Importance of Not Being Earnest: “At the most basic level, an underlying rule in all English conversation is the proscription of ‘earnestness’.” Johnson has played on this to perfection—he knows that millions of his compatriots would rather go along with his outrageous fabrications than be accused of the ultimate sin of taking things too seriously.

Molyneux and Osborne (2017) argue a similar point, that populists adapt their content from their host culture. They judge ‘Boris Johnson’s buffoonery’ to be ‘an example of what we could call the idiocy of power in democratic societies’, idiocy here meaning a non-elitist simplicity or genuineness.

But Johnson’s refusal to take politics seriously is another form of ‘bad manners’ that has international parallels. In a study of the Czech prime minister Andrej Babiš, it was found that an intrinsic part of his appeal was an attack of the moral seriousness of Czech activists, specifically the dissidents of the late-Communist era. Babiš counterpoises his competence and pragmatism against the moralising, stuck-up elites who care about civic values, nurturing a cynicism that defeats all attempts to hold him to account on civic or good-government grounds.

Moral seriousness becomes a mark of the elite, a mark of condescension, producing what David Graeber called ‘moral envy’. Graeber describes this as an anger at people who seem to be holier-than-thou just because they seem to live by ethical standards, or do jobs with a clear ethical content.

Finally, Johnson’s akrasia, his unwillingness to be governed or to govern himself, has a deep echo in populist conceptions of politics. Voters can read Boris Johnson’s performance as a lack of self-control, as Fintan O’Toole did. They can also interpret his attitude as a refusal to accept external rules or accountability. The populist leader makes their own rules. If we translate that concept to the political level, then it takes on another name – sovereignty.

Populism is popular sovereignty – the idea that ‘politics should be an expression of the volonté générale (general will) of the people.’ Furthermore, in populism, the leader represents the people, who are also the nation. So, Johnson’s own lack of accountability reflects a sense of independence he might confer on the British state. Johnson’s refusal to accept rules also appeals to individual voters, especially since the rules he rejects often relate to the proper treatment of women or ethnic minorities. To be Boris Johnson is to do and say what one likes, whenever one likes, which is quite similar to the appeal of Donald Trump.

Is Boris Johnson the latest in a long line of populist threats to the global order? Not exactly. Johnson does not meet many definitional elements of populism, such as a strong anti-elitist message and the performance of crisis. He deploys some of the rhetoric and style of populism, but not as much as other leaders (including Donald Trump). However, his performative rebelliousness and impudence do follow a populist logic, and so the literature on populism can help us understand the new Prime Minister of the United Kingdom. 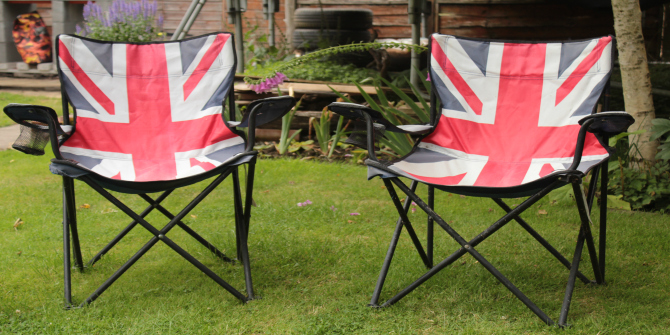