As part of the LSE Review of Books Academic Inspiration series, ESRC doctoral student at the University of Warwick and Post Graduate Ambassador for the British Sociological Association Carli Ria Rowell reflects on how the work of Bev Skeggs, Pierre Bourdieu, and Paul Willis have influenced her interest in studying class and identity. 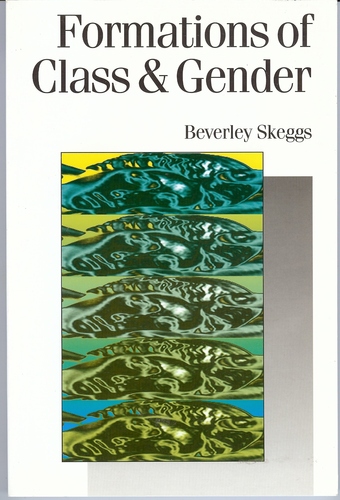 It was during my time as an undergraduate at Loughborough University that I was first introduced to Bev Skeggs’ seminal publication Formations of Class and Gender: Becoming Respectable. Central to Skeggs’ work is the examination of class positions, identity, and subjectivities; a microscopic exploration and analysis of the ways in which class is experienced and lived. It was while reading Chapter 5, “(Dis)Identifications of Class: on Not Being Working Class”, that I was introduced to the work of Bourdieu and was also struck by the realization that sociology wasn’t just what I wanted ‘to do’, but what ‘I had to do’.

More intimately, this chapter explores the way in which the white working-class women of Skeggs’ ethnography attempted to pass (unsuccessfully) as not being working-class. Informed by Bourdieusian social theory, Skeggs writes of the way in which the bodies of the women in her study bared – through dress, speech and disposition – the hallmarks of their social class positioning. “The surface of their bodies is the site upon which distinctions can be drawn. Skills and labor such as dressing-up and making-up are used to display the desire to pass not as working-class…”, writes Skeggs (p.84).

Whilst it is true that the writings of Skeggs resonated with my own experience of class, there were nevertheless discrepancies. Throughout my time at university, my own embodied class positioning came under continuous ridicule. I often found my choice of aesthetics, use of spoken language, dialect, and dispositions mocked. Even my sister, visiting from her studies at the University of Warwick, was told “you look like you’re from a council estate with that Croydon facelift”. Silence spread across the kitchen when she responded with the piously composed utterance of “I am”.

However, unlike the women of Skeggs’ study, of which being working-class was something in which they sought to conceal, for myself my working class-ness serves as a continuous source of pride and value. Despite all its sociological riches there is so much more I credit Skeggs’ work with than merely igniting my sociological flame. The emotional politics of class aside, it was upon reading Formations of Class and Gender that I discovered Bourdieu’s metaphorical framework of capitals, his seminal class distinction thesis and was directed to his concept of habitus: social theory that not only influences but is central to the way in which I now envisage and study the social world.

Throughout my time as a student I often found myself drawn to sociological literature that explored, validated, and enlightened my own experiences. My earliest memory of such intimate occurrence was when I was introduced to Paul Willis’ Learning to Labor: How Working Class Kids Get Working Class Jobs. Utilizing a rich infusion of case study analysis, participant observation, group discussions and interviews, Willis ethnographically surveyed the school-to-work transition of a group of ‘non-academic’ working class boys (or as Willis terms them, ‘lads’) in an attempt to unearth the reasoning as to why so many of the working-classes end up on the shop floor. In doing so, Willis concluded that it is the boys’ “own culture which most effectively prepares some working-class lads for the manual giving of their labor power’ (p.3). Aware of the illusionary nature of equal opportunity within the capitalist system and the false promise of education for the ‘lads’ of Willis’ study, “the possibility of real upward mobility seems so remote as to be meaningless” (p.126). Thus, it is in this vein that for Willis the lads’ “refusal to compete, implicit in the counter school culture, is therefore in the sense a radical act: it refuses to collude in its own educational suppression” (p.128).

At the crux of Learning to Labor lies the argument that a working-class culture precludes academic success. This premise is one that has influenced me so much so that it was central to the formation of my undergraduate dissertation Working-Class and Educationally Successful: Reconciling The Dichotomy (awarded the Professor Albert Churns Memorial Prize and publicized by the British Sociological Association). As a book, as a thesis and as one of the most influential social science ethnographies of all time, Learning to Labor is one in which I experience as a paradox. Whilst it is true to say that I have witnessed first hand the “lads” I have also experienced first hand working-class academic success. It is perhaps for this reason that Learning to Labor has compelled me to explore the other side of the working class coin, the one rarely tossed: that of academic success. After all, what becomes of those working-class born academics that value their working-class culture? How are they able to overcome, to reconcile, if at all such dichotomy?

Similarly, I am equally moved by Arlie Russell Hochschild’s publication The Managed Heart, The Commercialization of Human Feeling. I had spent six years as a checkout girl and shop floor assistant throughout my time as an A Level and undergraduate student and had discovered Hochschild’s influential emotional labor thesis at a time when my alienation and frustration as a front line worker was most pervasive. In exposing the harm wrought by the commodification of human feeling The Managed Heart made me realize that it was okay to ask customers how they were, how there days were going and not really care. The publication drew attention to the fact that I was just one of a wider community of ‘robots’ that regularly found themselves directed by ‘feeling rules’ and divided by ‘feeling and self’. For me, this is what is most inspiring about social science texts, for they bring with them the capacity to not only connect to the lives of their readers but to grapple with, break down and elucidate intimate personal histories in a way that connects inextricably to the lives of  readers.

Recently I purchased hard copies of Skeggs’ Formations of Class and Gender: Becoming Respectable and Paul Wills’s Learning to Labor: How Working Class Kids Get Working Class Jobs with a book token that I was awarded as part of the Professor Albert Churns Memorial Prize. The action of doing so was symbolic. The publications are there to draw upon as a resource of comfort, motivation and inspiration during times of isolation and intellectual stagnation that come as part and parcel of the journey and challenge that is a PhD. Excited by and indebted to the sociological writings of Skeggs and Willis, both publications currently occupy pride of place on my bookshelf. They serve to remind me of the moments and reasons behind pursuing sociology, and just like each book’s author, of the distinguished, passionate and potent sociologist that I aspire to be.

Carli Ria Rowell is a Economic and Social Research Council doctoral student in the department of Sociology at The Univeristy of Warwick. You can follow her on Twitter, Academia.edu or visit her E-Portfolio. Carli’s primary research interests lie in the fields of social justice, social inequality especially in relation to gender, class and ethnicity, the sociology of education, social stratification and moral philosophy.

Economic orthodoxy, fiscal consolidation and gentrification: Top 5 blogs you might have missed this week