In this article, Andrew Dunn presents research which finds that many unemployed people prefer living on benefits to undertaking jobs which would increase their income, but which they consider unattractive.

Recent Labour and Coalition governments have increased both the number of conditions attached to receiving unemployment benefits (Jobseeker’s Allowance / JSA, soon to be Universal Credit) and the severity of financial penalties for those who do not comply. These developments are underpinned by a view, expressed by both Labour and the Conservatives social security ministers, that voluntary unemployment is widespread in the UK.

Yet mainstream Social Policy academics insist that the tougher policies are unnecessary, as research repeatedly finds that an overwhelming majority of claimants want employment and actively seek it. In my book, Rethinking Unemployment and the Work Ethic, I look critically at existing evidence about the extent to which claimants are unemployed through choice, before presenting my own research findings and concluding that the politicians are right.

It is already firmly established that the vast majority of UK social policy academics are left-of-centre politically. What Alan Deacon called the ‘Quasi-Titmuss school’, with its heavily structural explanations of social problems including poverty and unemployment, and its strong links to ‘poverty lobby’ organisations such as the Child Poverty Action Group, has long dominated UK social policy (see also John Welshman’s work).

In this climate, authors who focus significantly on cultural or individual characteristics when explaining poverty and unemployment have been misrepresented, treated dismissively and castigated for ‘blaming the victim’. In my view, the key consideration is that, with hardly any conservative academics around, a particular portrayal of people on benefits is allowed to prevail unhindered. Research findings which might appear surprising to outside observers, but which please left-wing people (for example, the unemployed being more strongly committed to employment than the employed) go unscrutinised, and researchers have not addressed the sort of questions a Conservative might ask (for example, ‘why didn’t those long-term unemployed people apply for more low status jobs?’).

Mainstream UK social policy authors have not only overlooked the fact that conservative authors, including former Thatcher aide David Marsland and Larry Mead, the guru of 1990s US welfare reform, have only ever claimed that unemployed people sometimes choose to avoid the least attractive category of jobs (i.e. badly paid, dead-end, boring jobs) in favour of benefits, but also that these conservatives tend to consider benefit claimants’ testimonies a poor guide to their actual behaviour. These authors instead tend to base their conclusions on the views of people in the welfare-to-work industry and on policies’ employment effects.

With these considerations in mind, all of my four research projects looked at ‘choosiness’ (by which I mean being selective in the jobs one is willing to do to avoid living on benefits). One project consisted of interviews with people in welfare-to-work organisations contracted by the DWP to help long-term JSA claimants into employment.

Two of my interview projects (one in 2001/2 with 20 employees and 30 unemployed JSA claimants, the other in 2011 with 30 employees and 40 unemployed JSA claimants) found that all unemployed JSA claimant respondents had been employed at some point, and that all were willing to undertake some jobs at present. However, my interviews’ focus on respondents’ attitudes towards (and actual choices between) the less attractive jobs and claiming JSA exposed not only widespread reluctance to undertake less attractive jobs, but also a dramatic difference between determined job searchers or employees who saw employment as an imperative and others who strongly favoured living on benefits over undertaking jobs they considered uninteresting or unpleasant. Until now, social policy authors have been able to say that this often-supposed dramatic difference is a tabloid myth that would be dispelled easily if only their scientific evidence was afforded the attention it deserves.

All of the 40 employees of welfare-to-work organisations I interviewed in 2011 said that many of their long-term (i.e. over 6 months, often several years) JSA claimant clients remained unemployed because they were very ‘choosy’ in the jobs they were willing to do; most of the 40 said they believed that a majority of these clients would enter employment within two months if they applied for a range of relatively unattractive jobs; some said they were shocked by their clients’ apparent preference for benefits over unattractive jobs which, they said, had led them to abandon the more favourable attitudes towards the long-term unemployed they held prior to entering the industry.

The only other UK study of welfare-to-work industry employees to focus specifically upon their clients’ employment attitudes is Shildrick et al.’s ‘Poverty and Insecurity’, which also includes interviews with unemployed and employed people about their own employment attitudes. Shildrick et al. drew their firm conclusion that people ‘love’ being employed (p.8, 136) and ‘loathe’ claiming benefits (p.194) based on what unemployed and employed people told them; they argued that their 13 welfare-to-work industry respondents’ comments (which were very similar to what my 40 said) were biased.

Shildrick et al.’s favouring of one form of interview research over the other is remarkable, as both clearly have strengths and limitations. After all, the professionals have vast experience of their clients’ job search activity (my 40 had spent a combined estimated total of 147,000 hours in the presence of their long-term unemployed clients), while some unemployed people might not want to risk losing their income by telling a stranger they do not want a job, even if they believe their chances of being reported to the benefit authorities are tiny. Yet because conclusions like Shildrick et al.’s please left-wing people’s ears they receive virtually no critical scrutiny from other social policy academics.

My other project (with Clare Saunders and Maria T. Grasso) analysed attitude survey data. Previous quantitative studies have used questions which, I believe, are inappropriate for studying attitudes towards unemployment and employment because they do not offer respondents a choice between the two.

Studies have tended to use the ‘lottery question’ (‘would you work if you had no financial need to?’) or Protestant Work Ethic scales (featuring agree/disagree statements such as ‘our society would have fewer problems if people had less leisure time’). These studies have concluded that unemployed people’s commitment to employment is at least as strong as employed people’s, and with these findings serving as a rebuttal to tabloids’ and politicians’ negative portrayal of benefit claimants, there has been no clamour to scrutinise how they came about.

To give respondents a choice between an unattractive job and unemployment we used the agree/disagree statement ‘having almost any job is better than being unemployed’ from the British Cohort Study (BCS) and National Child Development Study (NCDS), which each have large samples of about 10,000. Being ‘unemployed and seeking work’ associated strongly with ‘disagreeing’ with the statement in all four surveys we analysed (the most recent waves of the BCS [1996 and 2000] and NCDS [2000 and 2008]) even when relevant variables were controlled for.

So all of my four research projects delivered findings consistent with the view that many unemployed people prefer living on benefits to undertaking jobs which would increase their income, but which they consider unattractive. This has not emerged to anything like the same extent before in social policy empirical literature, and this, I think, is because the vast majority of authors are left-of-centre.

Of course, I also think that if the vast majority were Conservatives, the extent of voluntary unemployment would be exaggerated. Indeed, my book could be accused of right-wing bias, and while I certainly do not claim to be fully objective, I would stress that my book makes arguments which do not sit comfortably with a Conservative position; for example, I argue that nothing like genuine equality of opportunity can exist in a society as unequal as the UK, that graduates (and not the supposed ‘underclass’) are among the least committed to employment, and I praise authors who have proven some leading Conservatives wrong by establishing that there are virtually no families in the UK in which all three adult generations have never experienced employment.

While my book has been called ‘controversial’ (for example, by Times Higher Education), its main assertion is, oddly, even supported by some left-wing social scientists, albeit only those whose topic is migration not unemployment. In this context, the finding that many UK-born citizens are unwilling to undertake the less attractive jobs is politically acceptable and therefore proudly proclaimed (see, for example, Gary Craig), as it serves to enhance the reputation of economic migrants for being more strongly committed to low status employment than their UK-born counterparts.

But because social policy academics usually insist that voluntary unemployment is rare (or that people should have the right to avoid unattractive jobs), they have had little to say on what should be done about habitually unemployed people who refuse to undertake these jobs. While I agree with the politicians about the need to do more to tackle voluntary unemployment (and, more specifically, about the need to satisfy the general public that people who choose to not work are not treated too leniently), I think that imposing severe financial penalties for claimants who, for example, fail to attend several job centre appointments (as current policy does), pushes them further into the mire, reducing their employment chances still more.

I would always give sanctioned claimants a chance to join a ‘workfare’ scheme that would strictly enforce work requirements and provide opportunities to improve their employability, while ensuring that they received significantly more for participating than their usual benefit income. Doing this kills the two birds of claimants’ relative poverty and their voluntary unemployment with one stone. However, Conservative governments tend to be less enthusiastic about such policies than they are about benefit cuts, perhaps seeing them as an expensive, ‘big government’ solution. But while I differ from some mainstream politicians about policy, I am in full agreement with them on the main question of my book – that voluntary unemployment is a serious, widespread problem in the UK.

Andrew Dunn is Senior Lecturer in Social Policy at the University of Lincoln. 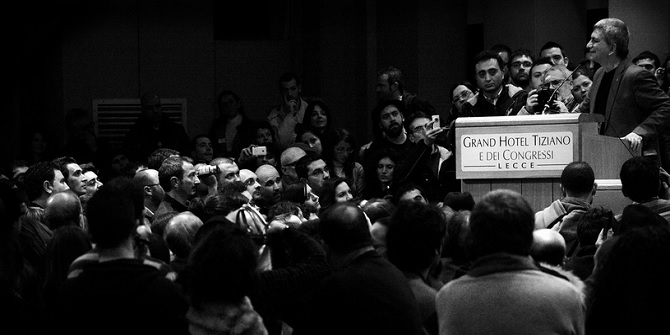 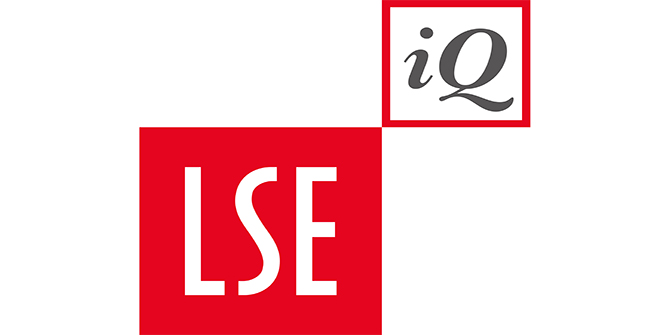