In considering whether the recent decision to prorogue Parliament was legal, the English and Scottish courts came to different conclusions because they considered different questions, explains Pippa Catterall, not because Scottish and English public legal approaches differ. She discusses the points of constitutional law that are at stake as the Supreme Court prepares to hear the case.

The legality of the decision to prorogue Parliament may not be justiciable, but the advice on which it is based clearly is, as it has already been the subject of two court actions. This does not mean that courts will consider themselves competent to decide such questions. Indeed, the High Court in England explicitly came to that view: noting that the decision to prorogue was ‘inherently political in nature’, it ruled that there are ‘no legal standards’ to judge such behaviour. The increasingly murky world of politics was effectively ruled as one in which judges ought not to tread, even when that world collides with and affects matters of constitutional importance. This self-denying approach was, in practice, far more significant than the judgment it informed.

In contrast, a higher court within the Scottish legal system, the Inner House of the Court of Session, in effect decided on 11 September that it was indeed competent to judge such political processes – or rather their outcomes – and to find them wanting. It was noted that the documents served on the court made clear that it was not the advice itself but its intended outcomes that the Inner House should focus on. After all, these documents explicitly indicated that the government’s intention was to ‘prevent or impede Parliament holding the executive to account’, allowing it ‘to pursue a policy of a no-deal Brexit without further parliamentary interference’.

The implications of this finding for the high policy issue of the government’s pursuit of a no-deal Brexit, whatever it may unconvincingly state to the contrary in public, have naturally dominated discussion of this subsequently. Some in government have, however, seemingly spotted that there is a more general principle at stake: are political decisions outwith the law? In the process they have, however, clearly sought to obscure this issue. So Kwasi Kwarteng, the Minister of State for Business and Energy, instead decided to personalise matters on Andrew Neil’s programme the following day with veiled suggestions of judicial political bias. The Prime Minister then weighed in more magisterially, stating that the English court had agreed with the government, a wholly disingenuous observation which obscured the fact that the English court had declined to make a judgment on the matter of the priority or impunity of political actions.

So which is right, the English or the Scottish court? Are political decisions outwith the law? If so, those who make them are effectively able to act with impunity: whatever the consequences of their behaviour, they can be sure that they will not be called to account for their political actions. Whatever the fine judgments about the relative applicability of Scottish or English law that the Supreme Court will have to decide when sitting to consider the government’s appeal against the Inner House’s decision on 17 September, at bottom this surely is the crucial question underlying the case. The result will have implications not only for the Union, but also for the relationship between politics and the constitution.

This is not least because whatever the Supreme Court determines will set a binding precedent. This has potentially enormous implications given the way precedent works in the British judicial system. A judgment that in effect determines that political decisions are outwith the law can, through precedent, be amplified to extend government impunity from judicial review. This would no doubt be convenient for the present Prime Minister, and is certainly not the outcome those who brought the cases would have sought. There are therefore extremely important constitutional issues at stake which are almost wholly obscured from public consideration by the misleading, if understandable, concentration on Brexit in the media discussions on these matters.

Historically the way the British constitution has dealt with the relationship between politics and the law is through the doctrine of parliamentary sovereignty. The misuse of royal power in the courts in the seventeenth century prompted the post-1688 development of the constitutional convention that the proper place to hold the political decisions, actions and arguments of the executive to account was Parliament. The courts could determine whether ministers were properly exercising their legally constituted powers, but the proper place for scrutinising the sometimes dubious political justifications for ministers’ actions was deemed to be in the political realm of Parliament. Such a legal history suggests that the English High Court’s ruling in the present case was, in the judges’ view, simply reflecting this historic constitutional framework.

There are, however, two distinctive aspects to the present case which are not adequately covered by this application of the longstanding constitutional convention of parliamentary sovereignty. The most obvious one is that parliamentary sovereignty can hardly be said to apply if the political actions of the government are deliberately used to prevent Parliament from actually sitting. In those circumstances the government’s advice has undoubtedly been deployed to prevent political scrutiny of its actions. To say, as the English Court did, that this was a political matter, is therefore a misreading of the situation. Instead it was a constitutional one, since the effect of the government advice was intentionally to prevent the operation of parliamentary sovereignty. The English court should have considered the constitutional effect of the decision, which is the proper realm to which courts can apply themselves, rather than issuing itself with a self-denying ordinance on the, in this instance irrelevant, question of the politics of the situation.

It is therefore important to recognise that the English and Scottish courts came to different decisions because they considered different questions. It is not, at bottom, because Scottish and English public legal approaches differ, as has widely if misleadingly been claimed. After all, the constitutional convention of parliamentary sovereignty is the same in both systems. The Scottish court simply recognised that the decision impacted on a constitutional convention, while the English court chose not to.

In the process this recognition then raises the second point of law issue at stake in this case. If the first point of law is whether or not the government can use a claim that its decisions are ‘political’ to overturn the constitutional convention of parliamentary sovereignty, the second is of even greater moment. Because the second follows from the first: can a defence that advice (or indeed other governmental actions) is ‘political’ be used to override any constitutional conventions? If the Supreme Court were to determine that, then it really would be turning the constitution on its head. It would also be coming very close to determining that politicians can indeed act with impunity.

Pippa Catterall is Professor of History and Policy at the University of Westminster and Visiting Lecturer in Public Policy and Politics at the Hansard Society.

All articles posted on this blog give the views of the author(s), and not the position of LSE British Politics and Policy, nor of the London School of Economics and Political Science. Featured image credit: Shark Attacks (CC-BY-2.0). 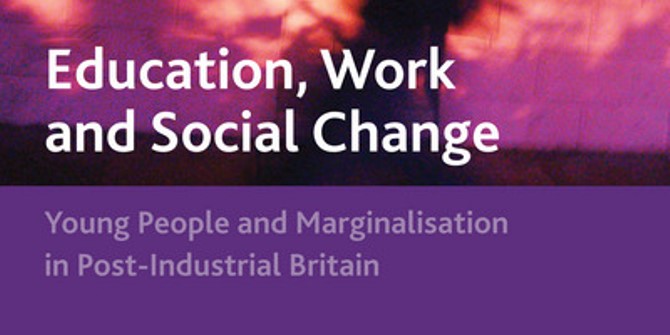 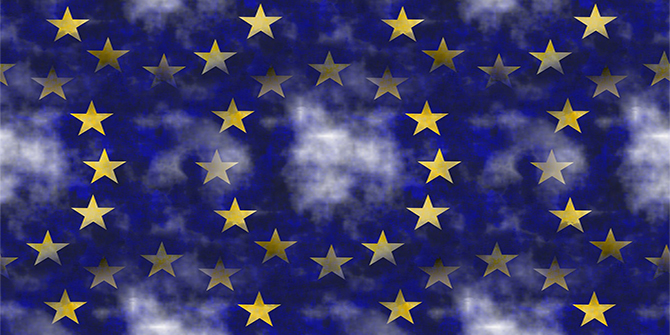