The police service has come under strain from funding and personnel reductions over recent years, despite the surprise of the recent Autumn Statement freezing spending. Here, Barry Loveday responds to a new report which suggests, amongst other things, a ‘policing degree’, greater expertise in cyber crime, and changing the dominant policing paradigm from capacity to capability.

In the course of responding to further cuts to police budgets which were expected to see additional reductions of around 25 per cent, Labour Opposition  spokesmen were to condemn the cuts as potentially ‘catastrophic’ and ‘a huge threat to the safety and security of the British public’. As we are aware in the event the Chancellor of the Exchequer announced there would be no cuts to police spending after all.

The position adopted by the Shadow Home Secretary and Shadow policing minister were to be entirely expected as Labour wants to assume the mantle of the ‘party of public safety and police’. Yet their defence of the police service entirely misses the underlying challenges which now confront it. In fact, spending cuts to police forces has served to expose underlying problems surrounding a service that has failed to respond to changes in demand for police services. It is also one that has traditionally sought to measure efficiency and effectiveness by way of police establishment. As we still do not know either the necessary maximum or minimum number of police officers required for the effective delivery of police services, this can prove to be something of a problem.

The problem of incremental growth

In the past police establishment grew incrementally as police numbers were used as an indicator of effectiveness rather than deployment. Increases in police numbers, made in yearly bids to the Home Office, were never subject thereafter to any subsequent evaluation in terms of their impact. Yet the evidence suggests, as has been recently argued, that pressures arising from bureaucratic requirements internal to the police now make greater demands on police time than the public are ever likely to do.

Yet the rigidity of employment rules provided for sworn officers fatally undermines any attempt to provide the degree of workforce flexibility that changing demand is placing on police forces. Thus in the absence of compulsory severance an overwhelming pressure has been placed on chief officers to release all those who do not share a similar protection. As a result, Police Community Support Officers (PCSO) numbers have been decimated as also have civilian support staff numbers. This has already had two important consequences.

First, the infrastructure provided by PCSOs to Neighbourhood Policing is about to be undermined in many force areas. In effect PCSOs have provided the cornerstone of this strategy. Second the major reduction in support staff, it is now recognised, has led to what one chief officer has described as the ‘officerisation’ of police forces as officers are  increasingly called back into police stations to take on those functions previously the responsibility of civilian staff. As he notes, workforce modernisation is now in ‘rapid reverse’.

One unintended consequence of budget cuts on this lop -sided employment model appears to be a significant reduction in ‘visible’ policing across most force areas. This is not exactly a success story particularly when the significance of anti-social behaviour, recognised rather belatedly by police forces as being a primary driver of public ‘fear of crime’, is factored in. Here the work of PCSOs has made substantial inroads into this almost universal problem but which is experienced most significantly in the most deprived areas. These cuts will haemorrhage this strategy as numbers fall.

There may, however, be help at hand. This is reflected in the recent work of HM Inspectorate of Constabulary (HMIC) and which within its most recent ‘PEEL: Police efficiency study’ provides a fresh and much needed approach to evaluating police effectiveness. Within the report HMIC have sought to identify both current police capacity and also current ‘capability’. While, as is identified very frequently within the report, police forces have a very clear idea about ‘capacity’ (number, costs and ranks of officers and staff) this clarity was not found to extend to ‘capability’ (workforce skills).

This not unsurprising conclusion arises from an earlier predilection to increase police establishment on the (untested) assumption that this would impact on crime by increasing crime fighting strength within forces. Yet the recent and quite remarkable decline in acquisitive crime has taken place against a background of, not rising but declining, police numbers. This suggests that any correlation between police numbers and crime rates must be deemed to be, at the least, somewhat speculative.

The problem, however, goes deeper than this. Thus as has been officially recognised from at least the days of the Sheehy Inquiry [1993] crime takes up at most, around 20% of police time. Indeed the most recent discovery that responding to mental health problems in the community now involves a similar percentage of police time only serves to emphasise the limitations of the crime fighting image once ascribed to police forces.

But there are additional problems identified within HMIC’s report. It notes that even where Forces’  ‘Change Programmes’ have been identified they have focused very largely on capacity not capability. It notes that ‘understanding what their people can do and what skills they have and need to have is less well developed’.

This might have some immediate relevance to the changing profile of crime. If, for example, acquisitive crime has fallen this has been more than matched by a huge increase in recorded cases of fraud and cybercrime. The recent decision to include this in nationally recorded crime statistics begins to tell us the full story. Yet in terms of police capability this could be an unfortunate development as forces have failed almost completely to direct resources to this problem. Thus a recent analysis of police investigation of fraud and economic crime was to discover that, nationally, just over 624 officers were engaged in this activity. This represented just 0.27% of all police personnel.

A similar problem may arise in relation to local police intelligence. This includes both difficult to reach offences [domestic incidents, child sex abuse] and where PCSOs are removed, potential terrorist attacks. Now seen as the eyes and ears of the community, the departure of this capability will be quickly noticed by the police. The significance of this has been realised most immediately in Paris where it has been argued the failure of the police to initiate any attempt at dialogue with the Muslim community has shown clear limitations.

Interestingly in London it is believed that the work of PCSOs deployed in many of the key communities had ‘reaped an abundance of good intelligence for operations’ and that this was being put at risk by ‘senseless short –term cuts’. Yet as most recently demonstrated by Devon and Cornwall police [and the MPS] current plans involve the entire removal of these non-sworn officers in response to budget cuts. Quite what HMIC will make of this is difficult to assess. It contradicts, quite fundamentally, its own recommendations and also significantly undermines police capability.

It is evident that the current configuration of personnel within police forces now calls for radical reform. It is here that any future police proposals from Labour might be directed and may be, indeed, much needed. This could mean major changes in recruitment policies. It might for example include a major expansion of IT skilled personnel by direct entry. This might enable the police to begin to respond the avalanche of E-crime and cybercrime. At this point the application of a capability criteria developed by HMIC might also be directed at the College of Policing’s proposal for all future police officers to hold a degree in ‘policing’. To what extent, it might be asked, would such a degree in policing bring additional capability to police forces in England and Wales? Where police agencies currently demand a degree prior to entry into the organisation, as does for example, the FBI, then the degree is expected to enhance the agency’s skills base. Thus it has traditionally preferred applications from degree holders in Law or Accountancy. Currently the absence of any effective skills base in economic/cybercrime within the police service in England and Wales needs to be rectified.

Some evidence of the kind of change now needed has been recently been revealed within the NCA where large numbers of law enforcement personnel have been encouraged to leave the Agency. These are being replaced by new recruits who are ‘digitally competent, highly qualified code writers and engineers along with more people who are expert in how banks operate’. This new recruitment policy is of course based on clear necessity. As the nature of crime fighting changes so too will the competences of recruits needed to sustain this changing crime profile.  As a result, the criteria for a proposed degree would clearly need to be judged against a specific test. This is likely to be the extent to which it expands the fast changing skills base now needed within the police service.

One immediate question arising from these developments might be whether a policing degree would meet the skills based test that should be applied? Here it might be worth reprising the argument presented by HMIC in its 2015 Report where it is stated that:

‘Even if measured crime does continue to fall, the police service will face new and emerging crime types, increasingly sophisticated criminals and increasing expectations from the public about the quality of service they receive’.

Perhaps of equal concern, HMIC was to also find that most police forces were unable to demonstrate any ‘meaningful understanding’ of future demand on their services. It discovered that even within the ‘best’ forces little more had been achieved than an overall ‘threat assessment’ that identified likely trends in serious and organised crime’. Given the rapid changes in the profile of crime this might be considered something of a problem. Just how quickly (and effectively) police forces respond to this particular challenge may also provide a further measure of their ability to exercise a greater level of professional and workforce flexibility.

Note:  This article originally appeared on the Democratic Audit.  It gives the views of the author, and not the position of the British Politics and Policy blog, nor of the London School of Economics. Please read our comments policy before posting. 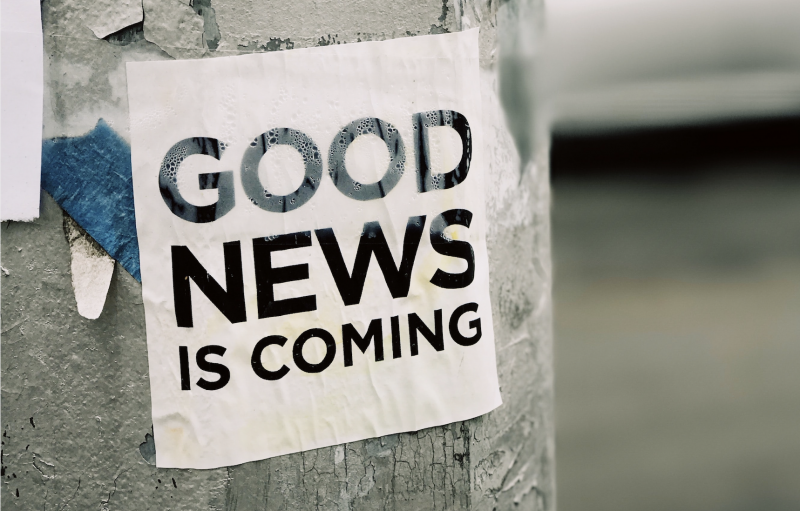 No. 10 Press Office: the autonomy available to government communicators to behave appropriately in relation to their own codes and to provide a public service has been depleted