Abby Innes offers the second in a short series of articles on the political economy of the manifesto. Here she considers how the party’s economic strategy is made up of incompatible ideas and paradoxes.

These ideas promise a marriage of political economic models not known for their institutional compatibility. They draw, on neo-liberal, supply side economics that seeks to leave businesses unencumbered by tax or regulation; the unprecedented state interventionism of the American New Deal; the stakeholder coordination and the flattened corporate hierarchies of Germany and the Nordic economies, and finally; second-generation ‘endogenous growth’ and investment theories which argue that economic growth increases from strong investment in human capital development, R&D and infrastructure, and that the private sector will under-invest in all three.

So, has the Conservative Party moved to the economic centre-left as much of the media commentary claims? If you put these strategies together do you get the best of all ‘varieties of capitalism’? Or is John Kay right when he calls this the ‘topical treatment of symptoms’? How are voters meant to decide?

What the manifesto lacks is any analysis of why these are the policies we need now. As with its evocations of ‘the state’ this is a text that discusses archetypes – the ‘modern joint stock company’ and ‘small businesses’ – not structural dynamics. The manifesto is as Panglossian as incumbents’ manifestos tend to be: we will be the most innovative country in the world, though recently ranked below Belgium.

But not entirely: it acknowledges “the UK’s slow productivity” growth, the lack of worker protection in the ‘gig’ economy, and that “senior corporate pay has risen far faster than corporate performance”. Nevertheless, without any diagnosis of how we got here economically – of who gained and who paid – how are voters meant to know the values by which a Conservative government would act?

This might matter less in stable times: in a growing economy with rising living standards. But the UK has seen a decade of economic slowdown, poor productivity and declining real wages that look set to fall further with Brexit. At the root of this is ‘financialisation’. As Natascha Van de Zwan has set out, in the UK, as in the US, financial markets and institutions have increasingly displaced other sectors of the economy as the source of profitable activity. In large corporations – 53 per cent of UK turnover in 2016 – we see the ascendency of shareholder value and a shift from the value-creating ‘retain and reinvest’ model of the post-war era to an extractive system of ‘downsize and divest’.

This dynamic has penetrated corporate life so that even non-financial corporations emphasize their financial activity and set high dividend payments as the highest priority, i.e. over investment. Finally, finance has spread into every aspect of life and across classes so that low to high earners alike are incorporated into financial markets through pension plans, home mortgages and other mass-marketed financial products. These trends increase the systemic risk from financial markets and sit at the core of our growth without prosperity. This manifesto speaks of excessive executive pay but it considers this a matter for shareholders. On financialisation writ large it has nothing to say. 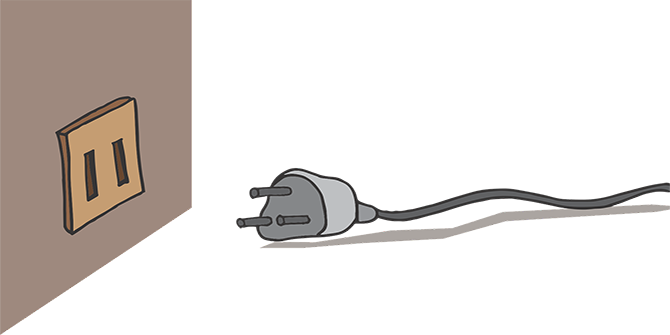 The manifesto is shot through with internal economic paradoxes that indicate less a concerted shift to the centre-left than a lack of underlying analytical strategy altogether. In an era of unprecedented corporate profits and cash holdings, from what analytical basis is it coherent to cut corporation tax further to encourage investment but to pull the UK out of the Single European Market? Discuss!

The steady, ‘competitive’ reduction of corporate tax rates over the last thirty years has failed to fulfil its promise of increased productive investment or wage growth (see above). This shouldn’t be surprising: the arguments for tax competition derive from value-loaded deductive mathematical models from the libertarian Chicago School. Robust empirical economic scholarship, in the meantime, has demonstrated how negligible corporate tax rates are compared to market size, real income, skills and infrastructure levels etc. as the host factors that actually determine foreign direct investment. 2016 research estimates that EU membership increases foreign direct investment into the UK by around 28 per cent.

Likewise, what drives the manifesto commitment to ‘a modern technical education’ and workers consultation in public limited companies? These are constructive ideas which evoke the coordinated market economies of Germany and Scandinavia and their higher productivity. But the latter are stakeholder systems characterized by patient banking finance. They have encompassing trades unions and business associations which coordinate across entire sectors on training, investment, R&D, wage bargaining, and employment and unemployment protection. Cooperation is institutionalised across strategic dimensions.

It is unlikely, then, that the outcomes of these models can be achieved through their faint suggestion in fragments: that the manifesto’s call for UK PLC boards to appoint one solitary director from the workforce will do much to re-establish a long-term investment and employment horizon. As Tom Clarke shows, Section 172(1) of the UK Companies Act 2006 imposed a director’s duty to act with regard not just to the interests of shareholders but also employees, suppliers, customers, the community and the environment. And this proved a singularly ineffective piece of corporate law because it operates in a political economy of institutional relationships geared to the short term. Directors’ duties have in no sense amounted to stakeholders’ rights. The manifesto commitment to renew technical education looks strong but un-costed – so will the funding come from the existing university and education budget, with schools already facing a real terms spending cut? And if the spending is new, why should large corporations contribute less for the investments from which they will gain?

Finally, the manifesto makes much of ‘sound public finances’, but, to take just one example of fiscal perversity, in which strategic framework is smuggling the number one issue for the reinforcement of capacity in Her Majesty’s Revenue and Customs? Revenue losses from smuggling run to billions per year but HMRC estimates the tax gap – between taxes owed and taxes paid – at £36 billion: an estimate that underplays tax evasion by multinationals according to many tax scholars. Under the supply-side policies of recent years, HMRC has been actively redirected to take a ‘partnership’ (lax) approach to multinational ‘tax planning’ (legal avoidance) as part of tax competition. But HMRC employees see tax planning as the source of most of the tax gap for large businesses. Given the abject redundancy of corporate tax competition, why not tackle that?

Philip Hammond has suggested the UK might have to become a full-fledged tax-haven as our growth strategy if Brexit goes badly. That’s Plan B. But what is plan A? Emerging markets put all their developmental effort into trading with economies higher up the chain of value-added. Hard Brexiteers are unique in thinking that it’s wise, once you’re situated at the top, to do the opposite.

Their manifesto has cherry-picked Labour policies such as a cap on energy prices and increases in the living wage. But on the brink of the most perilous economic step in the UK’s modern history it remains unclear on what analytical grounds the Conservatives decide their economic priorities. Even so, a deeper problem is apparent: between the Imperial nostalgia, business as usual on climate change and the conception of the joint stock company as the responsible home of innovation and investment, the Conservative economic imagination operates in a time warp.