When left-wing parties accept the argument that foreign workers threaten domestic workers’ jobs, they implicitly endorse a liberal analysis of the state, and take the state’s side instead of the side of workers, explains Lea Ypi.

Left-wing scepticism about open borders and migration may not be rooted in racism and xenophobia, but it is no less troubling than its right-wing counterpart: both take a pragmatic and a principled form. The left-wing pragmatic argument appeals to strategic necessity and the constraints of electoral politics in representative democracies. In Europe and beyond, the left continues to lose votes in traditionally working class strongholds that have become increasingly susceptible to anti-immigrant rhetoric.

The right speaks of the failures of globalisation and blames the relaxed stance of liberal elites around open borders. In response, the left becomes complicit or confused. Nothing exemplifies this vacillation better than the UK Labour Party. From aborted attempts to emulate populist rhetoric in the hope of increasing their vote share (as was the case with Ed Miliband’s “Controls on Immigration” mugs) to Jeremy Corbyn’s reluctance in January 2019 to whip Labour MPs into rejecting the Immigration bill, they have tried many approaches to immigration – and failed to converge upon a single one.
If pragmatism were the only justification at play, this may have been tolerable. But as often is the case with left-wing parties, the pragmatic case gains a following because it rests upon principles. Recently, radical leftist movements like Aufstehen in Germany or Les Insoumis in France have articulated the principled position against open borders. In the words of their founders, what they want is a “a materialist left, not a moral left”. As leader of Les Insoumis Jean Luc Melenchon puts it, the left must not be afraid of talking about migration; open borders threaten working class jobs and national welfare.
The left-wing case against open borders is typically characterised by a commitment to class politics and hostility to the depoliticising attitude of humanitarian liberalism. Leftist critics of migration argue that this attitude fails to acknowledge the impact that globalisation has on ordinary citizens. The wealthy cosmopolitan elites who advocate free trade and benefit from free movement are not those whose salaries, jobs, and welfare benefits are undermined by uncontrolled flows of migrants, so the argument goes.
But there is also a different left-wing case for migration: one which takes class politics seriously but doesn’t end up pitting domestic and migrant workers against one another. Karl Marx made this case in an important but little-known letter to internationalist activists Siegfried Meyer and August Vogt  in 1870. He was commenting on Irish immigration to England, but his words still resonate today:

Every industrial and commercial centre in England now possesses a working class divided into two hostile camps, English proletarians and Irish proletarians. The ordinary English worker hates the Irish worker as a competitor who lowers his standard of life. […] He cherishes religious, social, and national prejudices against the Irish worker. His attitude towards him is much the same as that of the ‘poor whites’ to the ‘niggers’ in the former slave states of the U.S.A.

In turn, the Irish “pay him back with interest in his own money. He sees in the English worker both the accomplice and the stupid tool of the English ruler in Ireland”. Marx’s letter offers us at least two important insights on which to build when reflecting about migration from a left-wing perspective. The first concerns migration’s relationship to the past. It is impossible, and it would be undesirable, to speak about the reality of migration without acknowledging the legacy of colonialism.

Migrant workers frequently come from countries and communities that have not recovered from the history of colonial violence and exploitation delivered upon them by wealthy European states, during a period when those states were accumulating capital and consolidating their liberal political institutions. We often forget that historical injustice continues in the present: similar patterns of land and resource appropriation are pervasive in the form of favourable trade deals, debt-dependency, brain drain and much more.

This is what Marx meant when he said that, in relation to the Irish worker, the English worker feels himself “a member of the ruling nation… and so turns himself into a tool of the aristocrats and capitalists of his country against Ireland, thus strengthening their domination over himself”.

When the issue of migration arises, native workers identify with their state and forget about exploitation and ruling elites. They become defensive of the rights and gains associated with liberal parliamentary democracy. When left-wing parties accept the argument that foreign workers threaten domestic workers’ jobs and social gains, they implicitly endorse a liberal analysis of the state as a unitary system of cooperation where advances in rights and claims by social groups give them the historical rights and privileges that they are now entitled to enjoy.

This is where colonialism enters the picture. Working class struggles for decent pay and workplace rights have played an important role in guaranteeing the rights of domestic workers. But it would be naïve to dismiss the structural conditions that have enabled domestic elites to make these concessions.

The political manipulation of more vulnerable states by their former colonial masters is a persistent feature of current international regimes which have inherited the same hierarchies of power and wealth that characterised colonial relations. The working classes of hegemonic states have benefitted from this advantage. But the advantage is easily forgotten when claiming the fruits of one’s labour in the context of protecting the rights and privileges that uncontrolled migration allegedly threatens.

The second issue that speaks to Marx’s letter is found in the present. The left-wing criticism of open borders condemns liberal hypocrisy by emphasising how cheap labour benefits wealthy elites and harms poor workers. It is easy to be humanitarian about taking everyone in, they argue, if you don’t have to bear the brunt. Class politics is central and the forces of the left must engage with it once again.

But this argument presents a distorted understanding of how social class functions in relation to the state. Marx, again, was one of the first political philosophers to draw attention to the devastating effects this argument had on workers’ struggle as a whole. To understand capitalism, Marx argued, we must understand political conflicts as conflicts not between states and groups with different cultural profiles but between different social classes. This is one of the main ways in which Marxist thought departs from previous Enlightenment thinking where the relevant collective agents in world history were nations and states.

Marx’s analysis of global commercial society and the role of states in supporting its expansion suggested otherwise. The main axes of conflict in history are not nations and states, but social classes. Different social classes have different, historically specific alignments to global capitalism. Class conflict cuts across state boundaries. An analysis of politics based on class rather than borders acknowledges the roles that a political and economic elite play in upholding a system of global capitalist exploitation.

States make and enforce laws that control particular territories. But the distinction between migrant workers and domestic workers gives primacy to the identification of workers with the state in which they happen to live. Yet these circumstances are contingent, and identify workers only with the borders that contain them, rather than a broader transnational class struggle against global capitalist.

Put simply, to argue that migrant workers pose a problem for domestic workers ignores the global structural conditions that turn migration into a problem and takes the side of the state instead of the side of workers. Treating migration as a problem reduces social conflict to state conflict. It artificially creates a “we” that must be protected, pitted against a “them” that must be controlled. This division undermines the joint struggle of working classes across the world.

Marx termed this false opposition “the secret of the impotence of the working class”. The more we emphasise national boundaries and borders, the more we undermine class-based solidarity. When this is weakened, the prospects of joint action diminish. It’s a division that plays into the hands of the ruling elites. As Marx put it, “it is artificially kept alive and intensified by the press, the pulpit, the comic papers, in short, by all the means at the disposal of the ruling classes”.

The real threat to the labour movement is not foreign migrant workers or open borders. It is false that open borders serve the interests of the ruling elites. Under capitalism, employers do not favour the movement of people as such. They favour the movement of people without rights. They favour the workings of an agency like the state that unilaterally controls practices of entry and thereby renders migrants and native workers vulnerable to the discretion of ruling elites.

To agree with Jean-Luc Melenchon’s argument that we must acknowledge the pressure on borders is to align with the capitalist state against the working class. The last thing a Left that cares about the fate of workers should be doing is to support a project that consolidates the capitalist state rather than trying to undermine it.

The threat to domestic workers isn’t migrant workers. It’s the capitalist state that protects the interests of a ruling elite through practices of border management and policies of integration that render migrant workers dependent on the whims of employers. Their shared vulnerability is the same mechanism that keeps domestic workers in check and weakens collective bargaining.

The division that anti-migration rhetoric introduces between domestic and foreign workers is “the secret by which the capitalist class maintains its power”, Marx argued. This class was “fully aware of it”. It is time that champions of the working class became aware of it, too.

Note: a shorter version of the above first appeared in The New Statesman. 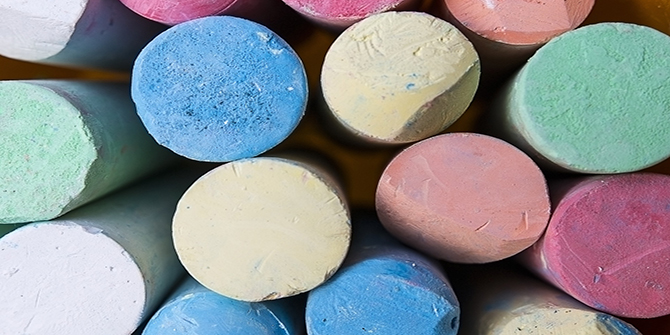