The European Union has often been accused of having a ‘democratic deficit’. Sir Robert Cooper writes that what the EU actually suffers from is a ‘democratic surplus’: elections are held, but turnout remains extremely low due to a lack of interest among citizens. As national parliaments appear to bring greater legitimacy than the European Parliament, he argues that the EU should consider returning to a system in which MEPs are appointed by national politicians rather than through European elections.

This article originally appeared on the LSE’s EUROPP blog.

The European Union is the world’s most successful experiment in regional integration. Those nearby want to join; those further away want to imitate – Mr Putin’s Eurasian Union is only the latest example – but it is still an experiment; and as well as successes there are failures that should be corrected.

The elections for the European Parliament are one of these. Overall turnout remains around 43 per cent; in Slovakia, a country that has done well out of EU membership, it was 13 per cent. In Egypt a turnout of 48 per cent is taken as evidence that the election is not legitimate. If there was any increase in the turnout for the European elections this time it came in the votes for fringe parties.

This is the shock: 25 per cent for the Front National in France; in Britain UKIP topped the poll. Radical right and left in many other European countries achieved better results in the European elections than they get in national polls. We know the background: austerity, lack of trust for political elites; concern (plus scaremongering) about immigration.

But why do extremists and incompetents do especially well in European elections? The answer was given by UKIP leader Nigel Farage, who told voters that these elections represented a “free hit”, a chance to stick it to the government without the risk of consequences. There is some truth in this as far as UKIP is concerned. They have never done much in the EP except to demonstrate their dislike of the EU and to collect their expenses.

Most voters don’t know what the European Parliament does. Even if they did they would not be interested. Its main work is about regulation of markets, consumer standards, environmental standards, foreign trade and aid. The issues that matter to most voters – employment, social security, education, health, taxes – are handled at national level.

The EP elections produce an illusion of democracy. For years the EP has talked about a democratic deficit, and has demanded more power for itself to remedy this. A democratic deficit is when there are no elections, and the people are on the street demanding them. What we have in Europe is a democratic surplus. We hold elections but people do not turn up.

At national level, voting gives you a chance to choose the government. In the recent European elections, the leading parties tried to reproduce this by nominating candidates for the post of President of the Commission, claiming that the one with the most seats should get the job. This is a new version of the old refrain that giving the European Parliament more power will encourage voters to take it seriously. This did not work before, and it has not worked this time. Most voters had no idea that their vote might result in one of these three gentlemen – all three Brussels insiders – becoming Commission President.

The election campaigns were stubbornly national. Mrs Merkel’s face appeared on CDU posters, although she was not running in the European elections. Voters in Britain, France and Italy punished or rewarded parties according to what was happening nationally.

The conclusion is that democracy works at the national level, but not at the European level – at least not now. Many people argue today for a greater role for national parliaments in Brussels. Why? Because of an instinctive feeling that national parliaments bring a democratic legitimacy that the EP does not.

So let us do the job properly and return to a system in which the European Parliament is composed of members nominated by national parliaments, reflecting their own composition. They could select a mixture of MPs, who would be members of both Houses and ensure good communication, and others who could be full-time in Brussels. At the same time we could end the nonsense of the EP meeting in different places, and instead try virtual meetings for those with national responsibilities.

If this worked, Europe would be better connected to the people and to national politics; and the European Parliament would spend less time pressing for more powers for Brussels in general and for itself in particular. Above all it would prevent the European Parliament from being an incubator for parties that are incompetent or worse. UKIP would never have got where it is without the platform and the funding it has received from Europe.

The European Union needs an assembly to examine legislation in detail, and to control the Commission. Most members of the EP are hardworking people who do a decent job. They have many merits, but democratic legitimacy is not one of them.

The European Parliament is a democratic failure. We should try something different. If that works, so much the better; if not, try something else. That is how democratic institutions have always developed.

Note: This article gives the views of the author, and not the position of the British Politics and Policy blog, nor of the London School of Economics. Please read our comments policy before posting. Homepage image credit:

Sir Robert Cooper
Sir Robert Cooper is a diplomat who has been a Counsellor of the European External Action Service and a Special Advisor at the European Commission. He was also formerly Director General of Political and Military Affairs of the EU’s Council of Ministers, and former chief foreign policy adviser to British Prime Minister Tony Blair. He is currently a Visiting Professor at LSE IDEAS. 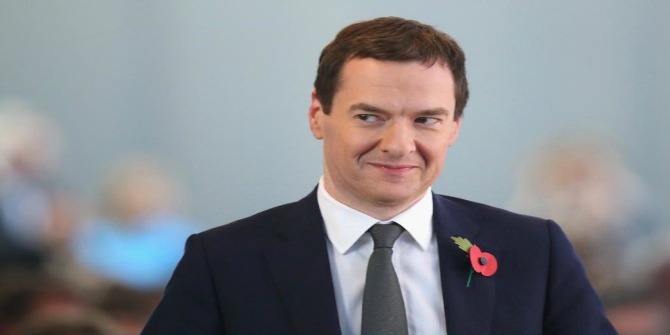 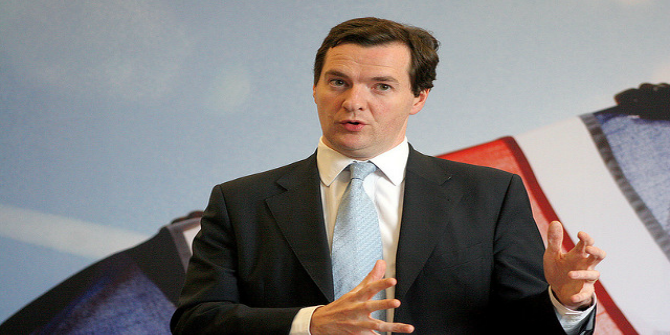