Private renting in England has grown dramatically in recent years, now accounting for 17 per cent of all households. Ben Pattison argues that housing policy has been slow to respond, and that the government should consider the sensible recommendations of a recent select committee report.

‘Generation Rent’ seems to be increasingly difficult to ignore. Before the global financial crisis we used to have Phil and Kirsty from Location, Location, Location looking for the perfect house in the perfect place. Now we have Cherry Healey’s Property Virgins looking to find anything they can afford. The recent growth of the private rented sector seems to have reached the national consciousness. Recently, the communities and local government select committee has published a major new report looking at how we can respond to this trend.

The growth of private renting in England is not a recent phenomenon. After seventy years of decline private renting began to stabilise in the 1980s and grew slowly during the 1990s. Then from around 2001 onwards it began to grow rapidly, almost doubling in size in a decade. Private renting now accounts for 17 per cent of households and has just overtaken social housing. 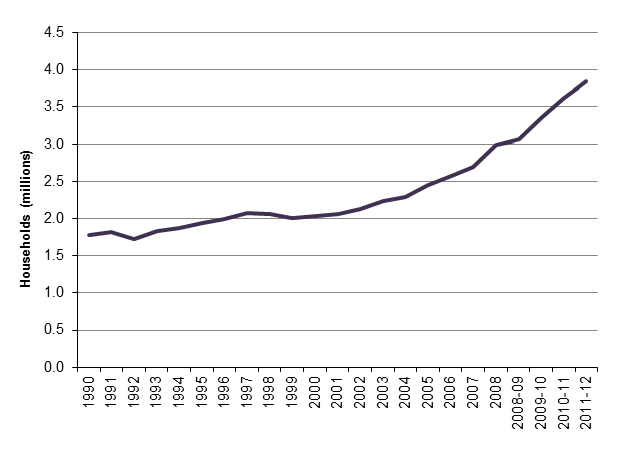 Housing policy has been slow to respond to this major change. The previous Labour government commissioned the Rugg and Rhodes review of private renting but never implemented the substantive recommendations. Since coming to power, the coalition government has been positive about the growth of private renting. Recently, the housing minister stated that “we want a bigger and better private rented sector”. The government has expressed its satisfaction with the regulatory framework for private renting. Instead, they are seeking to improve quality by committing £1 billion in guarantees to encourage investment in the sector from institutions such as pension funds. In contrast, the government is committing just £3 million to tackling ‘rogue landlords’.

The devolved administrations in Scotland and Wales are using their powers to take a much more active approach to managing private renting. A new strategy for the private rented sector in Scotland was launched in May and it included plans to strengthen landlord registration. The Welsh government is consulting on the introduction of a new legal framework for all rented accommodation.

This is the context for a major report from the communities and local government select committee on private renting in England. It outlines a set of proposals that would represent a much more active approach to managing the sector than is currently the case in England. The select committee favours a localist approach as a means to respond to the diversity of the private renting. The range of households accommodated by the sector is increasing and there is considerable geographic variation. For example, in some areas the growth in private renting is dominated by students whilst in other areas it is families that predominate. Each different group will have different needs and experience different problems with private renting.

Local authorities are at the heart of the select committee’s proposals. It is suggested that local authorities should be given greater powers to implement landlord licensing and generate revenue to enforce standards. Other measures being recommended include greater regulation of letting agents with a particular emphasis on removing unfair fees. Possibly the most substantive recommendation is that the government should introduce “a much simpler, more straightforward regulatory framework”. Finally, the committee assess the relationship between private renting and the on-going crisis in housing supply.

The growth of private renting in England can no longer be ignored. It is time for the government to carefully consider this sensible set of proposals from the select committee to ensure that the private rented sector provides decent accommodation for a growing number of tenants.

Ben Pattison is a postgraduate researcher at the University of Birmingham investigating the private rented sector in England. He is part of the Centre for Households Assets and Savings Management (CHASM) and the Housing and Communities Research Network at the University. He previously worked for five years as a researcher for the Building and Social Housing Foundation on a range of topics including Housing Benefit, increasing new housing supply and accommodation for marginalised groups.