16 and 17 year olds were entitled, for the first time in any election held in the UK, in the Scottish independence referendum. Advocates of the reform argued that it would help to engage younger people in the political process, setting the stage for greater engagement in democracy over future election cycles, while critics suggested that 16 and 17 year olds weren’t ready to discharge the responsibility that comes with voting. Here, Graeme Baxter, Elizabeth Tait, Peter McLaverty, and Iain MacLeod show that young people can be mobilized politically given the right circumstances, but that questions as to the longevity of the engagement achieved as yet to be answered.

The turnout in the 2014 Scottish independence referendum was 85 per cent with over 90 per cent of the eligible population having registered to vote. The turnout among those voting for the first time at the age of 16 and 17, 66 per cent of whom it is estimated registered to vote, is caculated to have been 75 percent.  These figures represent a considerable improvement on the percentage voting for the four UK general elections that have taken place since 2000 where the figure has not reached 70 per cent of the eligible electorate. The figures also dwarf those recorded for all of the Scottish Parliament elections since 1999, while the only post-WW2 UK elections that had comparable voting figures were the 1950 and 1951 UK general elections.

Given the Scottish independence turnout figures, the four of us, together with colleagues from the School of Computing Science and Digital Media at RGU, were awarded pilot project funding by the Culture and Communities Network+ of the Research Councils UK Digital Economy Programme to investigate the ways in which 16-19 year old first time voters had engaged in politics during the Scottish independence referendum campaign, and how their political activism had developed since the referendum. We conducted 21 interviews with 16-19 year olds from across Scotland, exploring their levels of political engagement before, during and since the referendum campaign. We also conducted interviews with representatives of major political parties and civic groups active in the referendum campaign.

We were advised during our research by the Scottish Youth Parliament, who suggested that we should conduct a survey of young people (including their cohort of Members of the Scottish Youth Parliament) on their political activism before and after the referendum. With the help of youth wings of political parties and other relevant organisations, the survey was publicised across social media in April/May 2015 and over 200 responses were received from around Scotland. In addition, we analysed the Twitter output of over 600 first time voters, as well as tweets to ‘youth-oriented’ organisations in order to gauge the extent of youth engagement using Twitter.  However, in order to do justice to our findings and due to space restrictions, we will not report on the findings of the Twitter data in this blog.

Our interviews have produced the following headline results:

The findings reported suggest that young people can be mobilized politically given the right circumstances. Key questions remain about whether the activism and interest reported will be sustained, or whether the ‘referendum effect’ turns out to be ‘a flash in the pan’. Further study will be needed in the future to investigate the factors that influence political mobilization among young people. The future of Scottish politics, while uncertain, looks as if it will remain interesting in the next few years.

Note: This post was originally posted on the Democratic Audit – Scotland blog. It represents the views of the author, and not those of the British Politics and Policy blog, nor of the LSE. Please read our comments policy before posting.

Elizabeth Tait is a Lecturer at Robert Gordon University, Aberdeen

Peter McLaverty is a Reader at Robert Gordon University, Aberdeen

Iain MacLeod is a Lecturer at Robert Gordon University, Aberdeen 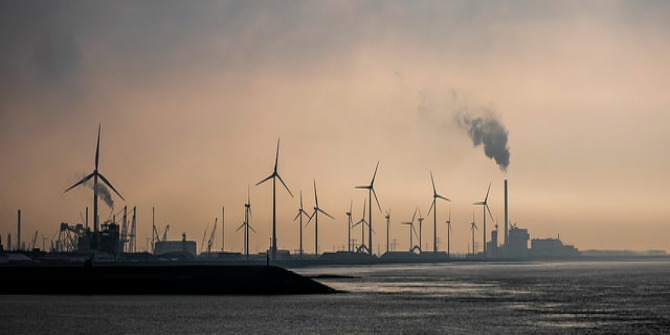