Reports of the powerful role of data analytics in political campaigning paint a picture of a new type of knowledge that enables people to be analysed, targeted and influenced. The images are of a kind of analytics that can perfectly predict and shape behaviour. But it is not just the data analytics that are reshaping the exercise of political power, explains David Beer.

It would seem that we are moving headlong into an era of data-led politics. Ten years ago the geographer Nigel Thrift argued that capitalism was becoming more ‘knowing’. New types of data analytics meant that capitalism began to know more about us. Organisations have subsequently developed innumerable ways to use our data to profile, target and predict. With the expansion of data analytics we may also now be seeing a new type of ‘knowing’ politics emerge. Social media and mobile devices mean that there is a growing richness to these data, the result is that analytics can now be used to infer all sorts of things about us — our political persuasion is no exception.

Recent reports about the use of data analytics in political campaigning have been replete with insights into the shift toward this type of ‘knowing’ politics. The coverage of Cambridge Analytica provides one example. Yet this particular provider is just one example from a burgeoning industry of data analytics. As data have escalated, so the power is shifting to those who are able to say things with those data. These commentaries are concerned, rightly, with the powerful presence of analytics in shaping public debate on political issues.

The core idea is that our data can be used to target us with content, which then ultimately shapes how we see the world and how we react to it. The link here is predominantly with Donald Trump’s election victory, but these analytics have been tied directly or indirectly into other political campaigning. The coverage, comment, interviews and associated PR materials suggest that data profiling is powerful in creating new understandings of the behaviour and actions of individuals.

The claims about the scale and variety of data are predictably massive — Cambridge Analytica claim to have ‘5000 data points per person’, for example. These vast data, we are told, enable an understanding of our ‘deepest emotions’, rendering them targetable. The message is that those with the ability to harvest and analyse the data are able to achieve psychological and behavioural changes. 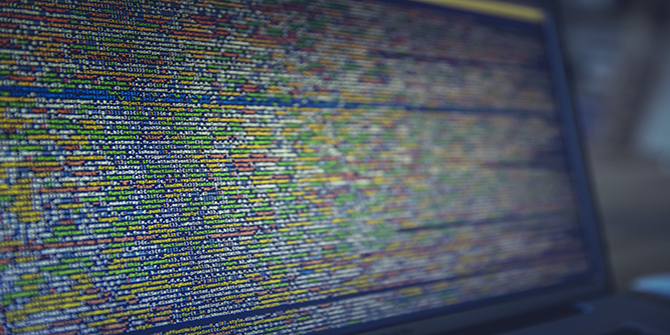 In a recent study I did of the data analytics industry, I found that these types of promises are typical of this industry. To enable the expansion of the analytics market it seeks to attach powerful promises to data analytics. Data analytics, perhaps predictably, are envisioned as all-seeing and all-knowing forms of knowledge that enable their users to follow events in real-time whilst seeing into the future. This is a form of knowledge that is often labelled as ‘smart’ in the value it generates and the hidden features it reveals.

Of course, it is not necessarily the case that these analytics have the power that we are led to believe. We might question the perceived accuracy of the data and the notion that their scale provides objectivity or mitigates against inaccuracy. We could also point to the underlying complexity of a social media profile or place question marks over the efficacy of data nudges for shaping behaviour.

Then there are the often messy and limited ways in which data mining practices develop on the ground within organisations. We might also point to the different ways that people react to and against the content they are presented with. So, data may not be as accurate as we are led to believe, they may not know people as well as they think and people may not be as easily influenced as it might appear. If we put these questions of effectiveness to one side for the moment, it is important to acknowledge that underpinning these claims are powerful commercial and political agendas.

As this suggests, data are undoubtedly being used to reshape political debate, but we shouldn’t ignore the powerful promises that are wrapped up with these new data analytics. What data analytics can actually achieve is woven together with visions of their power. When presented with the power of data analytics in politics, as when we are faced with social media content in our everyday lives, we need to be able to reflect on and question the underlying agendas and vested interests that reside in those visions. Part of the power at play here is in this envisioning of the promises of data analytics.

Looking like a forward-thinking and well-informed political movement is not without its value; the presence of data analytics can be used provide such a sheen. To appear data-intensive is to appear to wield a calculative, objective and ultra-accurate understanding of people that can be deployed, at will, to achieve whatever the user seeks to achieve. It is a way of seeming sophisticated, knowledgeable and hyper-rational. More than this though, companies like Cambridge Analytica, as can be seen in the video, can present this as a new type of expertise that usurps and undermines older notions of expert knowledge.

Data analytics are not just a way of doing things, they are also a mode of self-presentation. These analytics are clearly important in politics and in shaping the foundations of political debate, but so too is understanding how these analytics are presented. This is especially the case where analytics are used as part of an attempt to project an all-knowing and all-seeing power onto those who use them. It is a vision that plays to a new kind of power, a power based both upon appearing to be data-led as well as upon the actual outputs of the data analytics themselves. This new type of ‘knowing’ politics is to be found within the presentation of an all-knowing political power as well as within the use of data to target and influence people.

Note: this also appears on the author’s personal blog.

David Beer is Reader in Sociology at the University of York. For a list of publications see here. 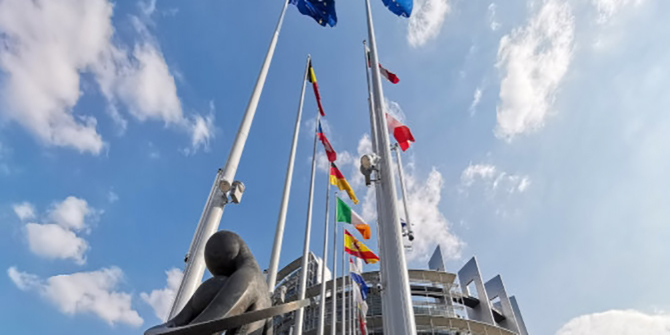 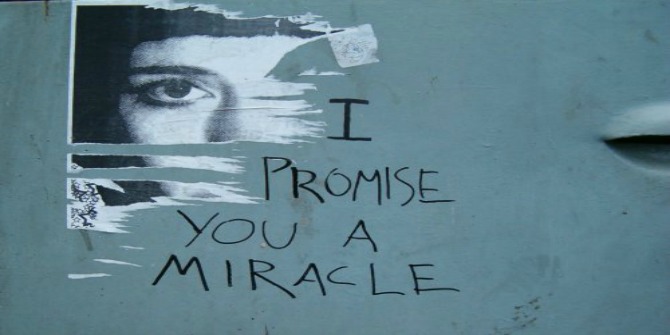