The NHS never seems to be out of the news. Currently, the sense of a crumbling, deteriorating system is almost palpable, whether it is broken budgets, hospitals in special measures, staffing issues, low morale, or lengthening waiting times. Here, David Hunter argues that we must acknowledge that the real debate is political, not technical, revolving around the erosion of the public realm and rise of the ‘market state’.

All the gains and achievements following the boom years between 2002 and 2008, when the NHS enjoyed a significant injection of new resources, are under assault and unravelling fast. The need for a health debate involving the public is urgent and to understand the forces that have led the NHS to where it is today requires taking the long view. Crucially, this means seeing that the problems are not merely technical or managerial. At the centre of any analysis has to be an acknowledgement of the politics of health. Conceptualising health as political and as the product of political action is integral to comprehending complex health systems and how they might be changed for the better.

Health systems are complex and all governments wrestle with a number of policy cleavages. Four of these are of particular significance: the balance between health and health care; the funding and organisation of health systems; ways in which health systems prioritise or ration; and the appeal of markets, competition and choice. Running through each of these cleavages is a tension between the public and private realms. And it is the progressive erosion of the public realm and rise of the ‘market state’, which has gathered pace since 2010, that directly threatens the survival of the NHS and its public service ethos.

A persistent theme running through health policy in the UK since at least the early 1990s has been the ascendancy of the market. Governments of all persuasions have been seduced by the alleged virtues of markets and competition without appreciating their limits and high costs in areas of public policy such as health.

The seeds of the current UK government’s misconceived and unpopular NHS reforms introduced in 2013 by the then Conservative-dominated Coalition government were sown by the last Labour government. This continuity in health policy has been a marked feature of the political landscape in England, though less evident in the devolved administrations in Wales and Scotland. Successive waves of reforms foisted on the NHS by all governments are a major cause of discontent. The 2013 changes have been especially problematic, resulting in an erosion of trust between NHS staff and politicians as witnessed in the current dispute between the junior doctors and the health secretary, Jeremy Hunt.

The reforms have divided opinion over whether they are the product of sheer incompetence on the government’s part or something more sinister. Conspiracy theories hold appeal but are often simplistic or plain wrong. However, there exists a widely held perception that the Conservative government’s real agenda is to dismantle the NHS as part of a wider redesign of the public realm.  Since it is happening in other areas of public policy, like education, why not in health? For a government intent on pursuing a neoliberal agenda the NHS stands out as an aberration in a smaller state in which public services are largely privatised or outsourced.

Is there another way?

Yes is the simple answer. There is always another way because that is the essence of politics. There are always choices even when governments insist ‘there is no other way’. Importantly, this does not mean a retreat into a nostalgic past, hankering after an NHS that never existed. But it does require acknowledging that some activities end up in the public realm for sound reasons, not because they have somehow escaped the perceived virtues of markets, choice and competition.

Politics is at the heart of all that happens in health policy. Making sense of the NHS’s current predicament requires a political science approach since it deals with who gets what, when and how. It explores the interplay of politics and power, the beliefs underlying policy-makers’ choices, and the interests they represent. It is ultimately these beliefs, and not evidence of what works, that shape and drive their choices.

If we wish to chart a different course for the NHS, we need a new kind of politics from that which currently exists and is seriously wanting. We know that neoliberalism kills. To counter such an ideology we need a new political economy of health.  There is a pressing need to revitalise interest in politics to counter what the historian, Tony Judt, referred to as ‘the unbearable lightness of politics’.

Though not without its risks, especially when promoted by a government intent on cutting local government to the bone using the excuse of austerity, moves to devolve power and responsibility over a range of public services, including health, to local government might offer a means of reclaiming local democracy and providing a voice for those lacking power.

Proposals for Greater Manchester, or Devo Manc, go to the heart of what a renewal of health policy demands: a focus on prevention, public health and promoting wellbeing; closing the health inequalities gap within Greater Manchester and between it and the rest of the UK; integrating health and social care; and creating healthy communities that are also economically productive ones. If Devo Manc is to be an early implementer and test bed for new thinking in health systems that reflects the needs of local populations then that is surely to be welcomed. It is, after all, local and not central government that has historically been a source of innovation and new ideas.

The architect of the NHS, Aneurin Bevan, issued a stark warning at its birth in 1948: ‘the NHS will last as long as there are folk left with the faith to fight for it’. Without that faith the NHS may not survive under any form of governance. Developing active citizens through local government renewal of the kind underway in Great Manchester and other English cities and regions has never been more necessary.

This article draws on arguments from the author’s book The health debate. The second edition was published in January 2016 and there will be a book launch at Durham University on the 11th February. See here more details.

David J Hunter is Professor of Health Policy and Management and  Director, Centre for Public Policy and Health at Durham University. His most recent books include The Health Debate, and, with colleagues, Partnership Working in Public Health and The Public Health System in England. 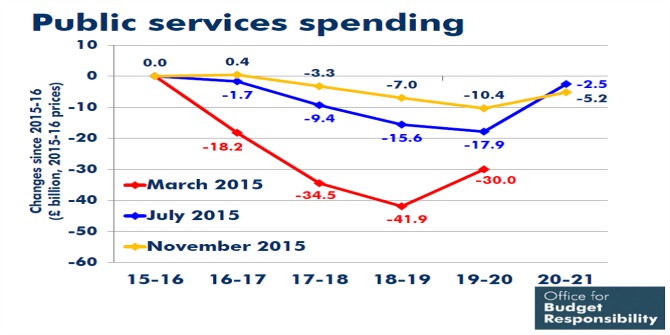