Countries want to take economic advantage of the new student mobility, but must also play to home political constituencies over issues of local interest and electoral politics

Countries want to take economic advantage of the new student mobility, but must also play to home political constituencies over issues of local interest and electoral politics

Brian Stoddart considers international and transnational education in light of London Metropolitan University’s visa troubles. He argues the rise of such education is inexorable, but its operating conditions are complicated by a lack of understanding about its increasingly sophisticated and nuanced nature within the body politic.

When The Economist labels the UK Border Agency’s revocation of London Metropolitan University’s licence to teach international fee-paying students a “case of xenophobic populism that will harm one of Britain’s long-term competitive advantages”, a policy failure of epic proportions is clearly in play.

UKBA arbitrarily withdrew the licence at short notice, declaring that the LMU had failed in its obligations to track foreign students and ensure they fulfilled their visa obligations. Over 2,000 students were told their visas were being revoked, that they could not complete their degree programs, and must leave the country almost immediately. Some students had breached their complex visa conditions, but most had not so fell into the pour encourager les autres category. Some sense has prevailed with a more balanced solution now essayed, but damage to the UK’s image as a student destination is substantial.

What this episode demonstrates is a prevailing conflict around the world: countries want to take economic advantage of the new student mobility, but must also play to home political constituencies over issues of local interest and electoral politics.

That is why The Economist called the move on LMU “nasty…populism”. David Cameron came to power pledging to cut immigration numbers substantially, as economic decline spurred both unemployment and the usual associated anti-foreign sentiment. That exposed the export education market because all fee-paying students, illogically, are included in broader immigration numbers. That meant while universities strive to increase their numbers, UKBA has to reduce the immigration intakes. The conflict is massive.

Ironically, the fiasco has cruelled the UK international student market position at the very time it could rebound, given other emerging factors around the world.

Global demand for higher education is growing exponentially. By 2025, one estimate envisages over 260 million students enrolled worldwide. Of that number, 8-9 million will be fee-payers studying in a country other than that of their birth. Incidentally, that figure does not include “transnational” students – those still in their home country but enrolled in a foreign degree program, and who may or may not ever study physically in their host university. These transnational numbers are huge. By January 2012, over 500,000 such students were enrolled in British university courses delivered overseas, as against around 430, 000 actually studying in the UK. By 2010, over 33% of Australia’s total international students were in this mode.

The financial implications here are enormous. In the UK, for example, present income from onshore-enrolled (that is, not counting the transnational) students is around £7 billion, and set to reach possibly £14 billion by 2025. This potential has long been recognised in Australia where, at its height, the fee-paying market was worth $18 billion per year, higher education being among the top three or four export industries.

Such impressive figures represent total income rather than profit figures. In many cases, including the UK and Australia, foreign student fees propped up declining government revenues as the “user pays” and “accountability” political regimes kicked in. In other words, international student fees helped cash flow university operations, with the full costs of delivering those services often not fully understood. Now, however, for many universities worldwide, fee-paying income from foreign students is a key to growth and intellectual initiative, which is why the LMU case is so important.

That is especially so when the sophisticated nature of the international student market is considered. That market is price- and value-sensitive. As the value of the Australian dollar soared against other currencies, the UK and the USA benefited because international students saw better value there. Then, many of the former major source countries for international students have become important hosts themselves, notably Malaysia, Singapore, and increasingly China which is becoming a major postgraduate research player.

Governments have neither understood this rising sophistication and significance adequately enough, nor balanced it well enough against other political pressures. The “national security” dimension has been particularly problematic in the USA and the UK. In the USA, the graduate halls emptied after 9/11 as visa conditions toughened, so many universities suffered severe enrolment declines in key disciplines. The American Institute of Physics reported that 20% of foreign students were at least initially denied entry in 2002, and that figure was still at 12% by 2004. Additionally, by 2004, first year enrolments of foreign students in physics had fallen 13% from 2000. That was significant, because in 2000 there were more foreign students than American ones enrolled in physics, a significant source of American intellectual energy and industrial productivity.

A current example where American recruitment of foreign students is complicated by wider politics concerns Iran, the number one “pariah” state. In 2011 travel restrictions on Iranian students were lifted, but more recent legislation banned Iranians from studying in American nuclear or other energy-related engineering and technology programs. This was despite the fact an American university presidents delegation visiting Iran last year attracted approximately 5,000 potential students.

One consequence of such policies is a dwindling pipeline in America for STEM disciplines (Science, Technology, Engineering and Mathematics) graduates, with perceived issues for American industry. That provoked recent legislative attempts to vary visa conditions and allow foreign fee-paying STEM graduates to remain in-country after graduation. The move has just failed initially with, as in the UK, the reasons located deep in immigration policy and factional politics rather than national needs or interests. The discussion was contexted in the on-going ferocious debate about both legal and illegal immigration at a time of severe economic pressure in the United States. As elsewhere, public (that is, voter) perceptions, especially in election year, count for more than the situation’s reality.

That conflicting political dimension abounds around the world. India’s rise as an economic force is matched by its continuing growth as an international student source. Australia began developing India as such a source but visa, currency and anti-Indian sentiment incidents produced a sudden fall of 70% in enrolments, underlining the sensitivity of the market. America has long been an important destination for Indian students, but international competition lowered its market share from 28% in 2000 to 20% in 2012.

For those reasons, international universities followed closely the travails of a foreign higher education providers’ bill in the Indian parliament. Beginning in 2009, it envisaged foreign universities opening inside India, albeit with a steep financial premium and strict operating rules. Among other things, Indian authorities were sensitive that $US13 billion a year leaves the country in international student fees and costs. Given the apparent market and rising competition, international institutions were keen on this in-country option. Late in 2012, however, the bill was shelved, ostensibly for future consideration but really the victim of a political environment where electoral prospects and factional alignment undermined national interest. The ruling UPA government faces likely defeat in 2014 and was reluctant to antagonise members within its coalition, let alone the opposition, who opposed the bill on nationalistic and other grounds.

Sweden produced an almost reverse condition. Up until 2011, it imposed no fees on international students, so attracted significant numbers prepared to learn a new language and gain high quality education. Sweden had an advantage but, like others, fiscal pressure proved too great and a fee-paying regime was introduced. Applications fell from 132,000 to just 15, 000 and the take up of offers plummeted – 5,000 from outside Europe were offered places and only 20% accepted. Late in 2012, Sweden announced it would increase considerably the numbers of scholarships for students from developing nations.

This complex interplay between electoral politics, economic consideration, and social attitudes (to the point of xenophobia and racism) is clear, as the British case demonstrates. International students there do not feel valued, as surveys suggest and immigration rules confirm. Anecdotal evidence indicates the bewilderment felt by international students struggling with UKBA, often without assistance from their host universities whose staff might be as confused as the students. A brief glance at the UKBA website indicates why.

Students fall under Tier 4 and are governed by Part 6A of the Immigration Rules, especially sections 245 ZT-ZY. Those sections provoke wonder how any international student ends up in the UK, not solely because of the complexity but also the lack of guidance on conditions. For example, an Australian student with a valid UK study visa went on an ERASMUS exchange to France as part of the formal British program. On a visit back to the UK while on exchange, the student was admitted on a tourist visa. Returning later to the UK to resume study in the host university, the student was then informed the tourist visa invalidated the original student visa which must now be reapplied for and reissued. The illogicality here springs directly from the policy conflict whereby one agency seeks to recruit students, and UKBA is charged with keeping them out wherever possible. Stories like this abound, students paying substantial fees becoming alienated and disenfranchised.

The international and transnational education rise, then, is inexorable, but its operating conditions are complicated by a lack of understanding about its increasingly sophisticated and nuanced nature within the body politic. That will need to improve dramatically in coming years, if the full social and economic benefits of such education are to be realised.

Global Policy is an innovative and interdisciplinary journal bringing together world class academics and leading practitioners to analyse both public and private solutions to global problems and issues. Alongside the print journal, Global Policy’s website features a range of e-content including videos, blogs and regular columns by experts in their fields.

Emeritus professor Brian Stoddart is an Australian academic who was the vice-chancellor of La Trobe University between 2005 and 2006. 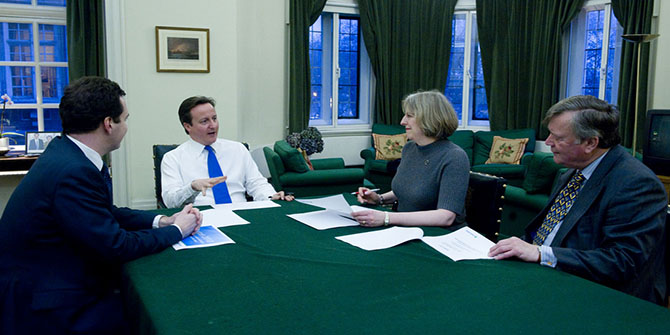