People perceive politicians to be playing a game in pursuit of political advantage rather than work earnestly to solve the issue of the day. The corrosive consequence of the game of politics is that everything that a politician says, or does, is treated with suspicion because of negative assumptions about why it is being said or done. Minimising the game-playing and aspiring to do politics in a more grown-up way would be good for politicians—as well as for us, writes Tony Wright.

One Labour MP elected at the last general election has reportedly spent the last year trying to find out why people dislike her so much. Not her personally of course (in fact, people tend to view their ‘own’ politicians rather less unfavourably than the generality), but the occupational group of which she has become a member. It is unlikely that her research will produce any new findings, but that does not make it a pointless exercise. It is worth asking what it is about politicians that people so dislike and what, if anything, might be done about it.

The fact of dislike is well established and confirmed by survey upon survey. In Britain polls asking people to rank various occupational groups in terms of trust consistently show politicians jostling bankers, estate agents and tabloid journalists for the bottom spot. Interesting though they are, these surveys tell us little or nothing about what it is about politicians that people so dislike (and therefore what might make them less disliked).

A survey last year, undertaken by YouGov for the Fabian Society, sought to explore this and came up with some helpful findings. Presented with some of the criticisms commonly made of politicians and asked which of these they agreed with most strongly, the clear winner was ‘politicians seldom give straight answers to straight questions on radio and TV’ (57 per cent). This was followed by ‘politicians are more interested in scoring political points than doing the right thing’ (36 per cent); ‘most MPs have too little experience of the real world before they go into politics’ (34 per cent); and ‘politics is a game played by an out of touch elite who live on another planet’ (31 per cent). Similarly, when asked what might make politicians seem more relevant to their life, the winner by a mile was ‘[if] they stopped arguing for a minute and tried to work together to solve the big issues of the day’ (44 per cent).

There are two main sources of dissatisfaction that seem to emerge from findings like these. The first is that politicians are perceived as being engaged in a kind of game, the rules of which enable questions not to be answered, truths not to be told, facts to be distorted, complexities ignored and opponents traduced, all in pursuit of political advantage. The second is that politicians are perceived as living in a closed political world, without experience or knowledge of real life. This article will deal with the perception of politics as a game.

Much of politics is a game, one which absorbs the participants, but puts off most other people. The nature of the game is best illustrated by one or two examples. Some months ago a report found that the government’s Work Programme had been so unsuccessful in finding jobs for people that it would have been just as effective (and saved a lot of money) to have done nothing. A Labour spokesman declared: ‘I am really angry about this’. What he really meant of course was that he was absolutely delighted, since bad news for a government is always good news for an opposition. But the game required that he should pretend to be angry.

In similar vein a former Conservative chief whip, when the party had been in opposition, once confessed (in private session) to a committee I was chairing that he had ‘never been able to decide whether it was my job to try to make legislation better or worse’. This is why much of the way in which the House of Commons operates feels like an elaborate game, which may not matter for much of the time but does matter if it produces legislation that is defective because the parliamentary game has substituted for effective scrutiny.

The effect of the game is not just that people get fed up with the endless point-scoring, but they also cease to believe what politicians say, because they think that what they are saying is merely part of a game. This point was made nicely by the comedian David Mitchell in his Observer column. His example was a speech by transport secretary Patrick McLoughlin at a Campaign to Protect Rural England conference, in which he made an attack on ugly road signs. Reading a report of the speech, wrote Mitchell, ‘all I could hear was the subtext: ‘‘I wish to shore up a section of the Tory vote by crowd-pleasingly joining in with your grumbles’’’. He admitted this might be unfair, but insisted it was the fault of politicians, because ‘I can’t even hear what they’re actually saying. However clearly their message is being conveyed, however eye-or ear-catching their rhetoric, all I’m aware of is the eagerness to please, the meretricious reaching out to a useful demographic’.

This is the corrosive consequence of the game of politics. Everything that a politician says, or does, is treated with suspicion because of negative assumptions about why it is being said or done. Nothing can be taken at face value, or on its merits.

Does this matter? I think it does if we want to understand why so many people write off politics as no more than a game. It connects directly with the sense that politicians will say anything, whether true or not, and whether believed to be true or not, if it is necessary to advance their position in the political game because the game requires it.

But does it? If the game-playing aspect of politics is one of the main things that make people dislike politicians, perhaps it is worth exploring whether politics could be done differently. This would involve politicians being more straightforward, answering questions honestly, avoiding the routine point-scoring, not always traducing opponents, working together where they can, ditching the spin, acknowledging the complexities and limitations of policy making, telling the truth about problems, admitting they get things wrong—and generally behaving more like normal human beings.

Pie in the sky? Perhaps so; except that people have rumbled that much of what politicians do is just a game and do not like politicians very much as a result. Perhaps it might just be worth trying a different approach. This is what Peter Kellner, pollster and political commentator, recently recommended in calling for ‘a campaign for political civility’. He offered this analogy:

To see why such a campaign is needed, imagine that all we ever heard from rival supermarket chains was how awful the others were—how dishonest, how immoral, how they lied about their goods and short-changed their customers. Would we be surprised if the public concluded that none of them could be trusted?

Yet this is precisely how the political game is conducted, with entirely predictable consequences in terms of the erosion of political trust. Those who think that it is impossible, or undesirable, for the game to be conducted in any other way should not also lament the inevitable consequences of doing politics like this. Nor should it be thought that what is being proposed here is some sort of cosy consensus. Politics needs and thrives on disagreement and competition. But the disagreement should be real, about things that matter, not the kind of predictable and ritualised disagreement on everything that just turns politics into a game.

So that Labour MP who is trying to find out why she (and those in her occupation) are regarded so negatively by the public has much to chew on. However, she and her colleagues also have many of the remedies in their own hands, just by doing politics differently. Politics is a noble craft, despite its murky side, and those who engage in it are undertaking an indispensable and difficult activity. Yet it is hard to make this understood in a culture which prefers to regard politicians with contempt and mockery. Not all the remedies for this lie with politicians themselves, but some certainly do. Minimising the game-playing and aspiring to do politics in a more grown-up way would be good for them—and for us. 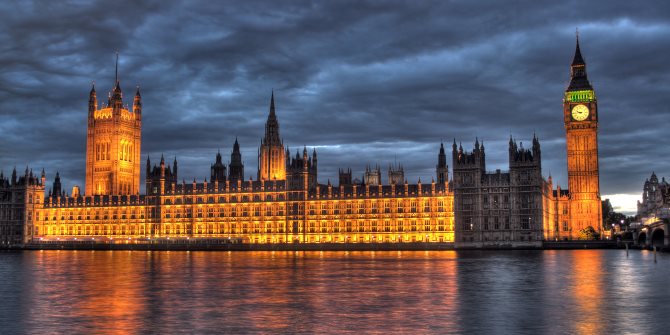