In my recent book, I Spend Therefore I Am, I claim that economics is itself one of the biggest problems we face today. By economics, I don’t just mean something that happens in universities, but a way of thinking based on and institutionalizing certain assumptions: that we are driven primarily by self-interest, organised by competition, and governed by the calculation of future returns over costs. I argue that the logic of the market has even become embedded in our daily, personal interactions. And I suggest that, as the real challenges for our future – such as the distribution of wealth, global welfare and climate change – cannot be usefully discussed, let alone settled, in those terms, economics itself is in need of some attention.

Judging by some of the reviews, I have ruffled a few feathers. I have been accused, even by the more benevolent, of doing economics a disservice, setting it up as a straw man to be knocked down. In one sense this is true. In the UK, at least, university departments of economics are heterodox, interesting places, housing scholars of all hues: Marxist economists, development economists, and labour economists who work happily alongside behavioural economists and financial econometricians. I freely admit this but it’s what happens outside universities that matters, and the diaspora of one particular kind of economic thought, that represented in economic textbooks, PPE degrees, and the business case justification, is almost universal. 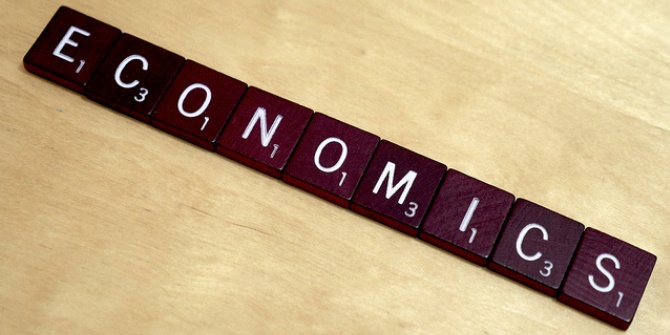 Universal it may be, but fit for purpose it is not. It crowds out other values and leads conversation into a cul-de-sac of squabbles over calculation. In February, a major healthcare institute hit the headlines with the suggestion that statins (anti-cholesterol drugs) should be prescribed to the majority of men over 50 and women over 60, on the grounds that it is more cost-effective to flood the nation with drugs than deal with a tsunami of heart-related health care issues. This may be true but it obscures some more pressing questions: should we eat less, eat better, spend more time out of the office, and be subjected to less stress? Is there something fundamentally wrong with the organization of our society of which heart disease is just a side-effect?

The economist’s answer is that we just need better (read more complex) models. But ceding authority to models rob us of the ability to talk about what we should do, or even to recognize that the best we can do is far from good enough. If we object to contested and complex models sitting as unelected legislators in our parliament, then more sophisticated models will simply worsen the situation: more sophistication equals less transparency and less opportunity for the lay-citizen to contest the models’ judgement.

This kind of economics is ever present in our public discourse. It appears when we ask what we should do about higher education or the flooding in the South West. Government officials charged with looking after culture are obsessed by the Treasury’s Green Book and preoccupied by the thought of market failure. The way that we talk tells us what counts and what does not and helps us assign value to certain things. But talk alone is not enough to ensure the dominance of economics in our public and private lives. For that we need economic things: models, tools and organizational architectures. It’s not a metaphorical ploy to suggest that economic artefacts are active legislators in the world around us. The complexities of arriving at a decision in the modern world force us to share the burden of calculation with devices, which become, in the words of the French sociologist Michel Callon, ‘prostheses’ for economic action. These things do. They act in the world and our agency is shared out amongst them.

So, for example, when one adopts the methods of the Green Book, or switches on an investment bank trading screen, one takes up calculative tools in which certain economic assumptions are embedded. The discounted cash flow, central to business case analysis, produces in the world a very particular set of effects with its roots in economic theory – the diminishing value of money (and sometimes persons) in the future. Philosophers may be less than happy with its assumptions (how can one discount a life?) but every day in offices and trading rooms around the globe, the discounted cash flow really does make the world into a place where the future is worth less than the present.

Often, economic devices are naturalised such that we often don’t notice their effects. Let me offer another example. My colleague Shiona Chillas and I have spent some time investigating the mechanics of online dating sites. We have been able to trace the progress of particular economic ideas and methodologies into the construction of dating algorithms and interfaces. When a user enters the site, they form a temporary partnership with the machinery and act in a certain way, to maximise return on their own value. Our findings align neatly with the substantial body of research on the tactics of users on the sites: they become economic, they shop, they maximise dynamic preferences. Some sites analyse previous searches and show you matches according to your ‘revealed preference’. The machine knows you better than you know yourself, so long as you choose a partner as you might a pair of trousers. Under these conditions, it’s impossible to maintain the fiction that a user’s choices are not shaped by the site’s mechanics, when the machinery does so much of the work. Nor is it much of a defence to claim that the school disco was also instrumental. It may have been, but the cybernetic rationality of online dating is something else altogether. We don’t know for sure how much of this cyborg dater spills into the world around us, but I suggest that the prognosis is not benign.

Many will agree that our economized public discourse is lacking. But examples like online dating, healthcare, and the grimy world of Punternet (an online review site for sex workers, promising that better information will lead to ‘less stressful, more enjoyable and mutually respectful visits’) encourage me to push the argument a little bit further. Economic rationality is powerful, and in its thoroughgoing solipsism it drives out other virtues: if we must only care about ourselves, how can we possibly care about others? When we reduce our interpersonal relations to calculations of cost and benefit, disciplined by competition and mediated by the manifold devices of economics in the world – the same discipline that we must focus upon ourselves – then we run the risk of losing something far more precious: our humanity.

Philip Roscoe teaches at the University of St Andrews. He is interested in markets, economics and organizing. His website is: http://philiproscoe.net/