Against the backdrop of talks to create a North East of England shared local authority and moves by London councils to pool certain elements of back-office functions, a suggestion that Newcastle and North Tyneside Councils should merge has been made. It came from the Newcastle Liberal Democrats, and was met with hostility from local figures in the political world. Here, John Fenwick argues that this proposal would diminish rather than enhance devolution.

Should Newcastle upon Tyne City Council and North Tyneside Council be merged? This question might seem rather obscure to many outside the North East of England, but to those in the region it can inflame strong passions about identity and about place. Yet the idea has recently been put forward, seemingly as a serious suggestion, by local Liberal Democrats. The chief advantage is said to lie in making considerable savings at a time of austerity. The reaction of Nick Forbes, Labour leader of Newcastle City Council, is to call the proposal “an astonishing attack on centuries of Newcastle history and our city identity”. There are several further reasons why the Lib Dem proposal makes little sense for the North East.

Why those two councils and not others? There is little rationale for merging these two councils rather than any others. Indeed with a blank sheet of paper, and assuming a rational model of policy-making, it might make more sense to merge Newcastle and Gateshead councils, given the work being done along both sides of the River Tyne to attract investment, tourism and the growth of the arts: development which has transformed the quayside. Yet such a merger could never happen given centuries of cross-river rivalry and the folk memory of Northumberland and Durham fixing each other with steely gaze across the Tyne.

There would be severe political constraints to the proposed merger. Both councils are Labour-run, and likely to remain so, but this has not always been the case. Newcastle had a somewhat unanticipated period of Lib Dem control from 2004 to 2011 and has no Conservative councillors. In North Tyneside the Lib Dems are not a serious electoral force locally and the only medium-term alternative to the current Labour administration would be a reversion to Conservative control. Furthermore, whatever political control exists, they have different systems of administration, North Tyneside being the only council in the region to be run by a directly elected mayor, the future of which will be decided by referendum in May 2016. (Middlesbrough and its elected mayor is regarded as part of the Tees Valley sub-region) These are not propitious grounds for any kind of merger.

Place and identity. The position here is more complex, and is part of the whole question of where ‘place’ belongs in urban leadership – the focus of recent scholarly research, (For example Hambleton’s 2015 article Place-based leadership: A new perspective on urban regeneration) Newcastle has a strong local identity: it is a ‘place’ in its shared cultural history and its level of urban pride, reinforced by aspects of art and popular culture. North Tyneside does not have a comparable identity. The towns of North Tyneside are not in Newcastle and are not identified subjectively as being so. It is not a ‘place’ in the same sense as Newcastle, it is merely an administrative area created in 1974 from what was part of Northumberland. Insofar as it aspires to any distinct identity it is defined by what it is not. Principally it is not Newcastle. In this context, the proposal to amalgamate the two areas seems particularly puzzling.

The Combined Authority, formally created in 2014, brings together seven councils in the North East and is the main reason for doubting the practicality and wisdom of merging two of them. The main focus of the Combined Authority – part of the government’s broader Northern Powerhouse initiative – is upon growth, jobs, skills and transport. It is led at present by a Leadership Board comprising each council leader (or, in the case of North Tyneside, the elected mayor) plus a non-voting representative of the Local Enterprise Partnership (LEP). In 2017 there will be the first election for a directly-elected mayor covering the Combined Authority area as a whole. It is reasonable to suggest that the NECA has yet to intrude favorably, or at all, on overall public consciousness in the area but it is new, and needs to build credibility: a process not assisted by major structural change amongst two of its member councils.

The capacity of the most senior staff in the two councils (indeed, in any other comparable local authorities) to deal with strategic planning and service provision – for instance, in education – has already been severely degraded by budget restrictions, and more are on the way. The proposal explicitly targets such relatively well-paid staff as the source of the savings that merger would bring. This would mean that strategic capacity is stretched even more thinly across the two councils to the detriment of service provision and future planning.

There is without doubt some financial and logistical merit in amalgamating selected activities of adjoining council areas. It is already common to share certain ‘back office’ functions. Specialist functions, including legal services, may also be shared. Small district councils may find it useful, indeed sometimes simply necessary, to merge their resources. The recent flooding in Cumbria provided ample evidence that natural disaster does not respect council boundaries, although in that case the existence of an overarching county council provided a common administration. This is not the case in single-tier authorities such as Newcastle and North Tyneside and there seems little reason to think that a merger of the two councils is a realistic proposal.

The low-level of public support for, or interest in, such an ‘amalgamation’ would mean that a merger amounts to administrative change rather than popular reform. Does this matter, when the stated aim of the proposal is to make savings, largely from reducing the number of high earners within the two councils? It does seem to matter, given the lack of public endorsement, the ambiguous nature of the ‘place’ the new council would represent and – especially- the current and forthcoming changes associated with the North East Combined Authority. The recent (February 2016) Select Committee report on ‘Devolution: the Next Five Years and Beyond’ considered councils working together as an aspect of devolution, as in the case of NECA. The merger of Newcastle and North Tyneside would however not enhance devolution: on the contrary, some residents would find they had to travel over ten miles with an enquiry about services. The proposal thus stands as another political idea with little connection to actual circumstance, doubtless soon to be forgotten as the real impact of regional devolution amidst severe budget cuts rightly takes priority. 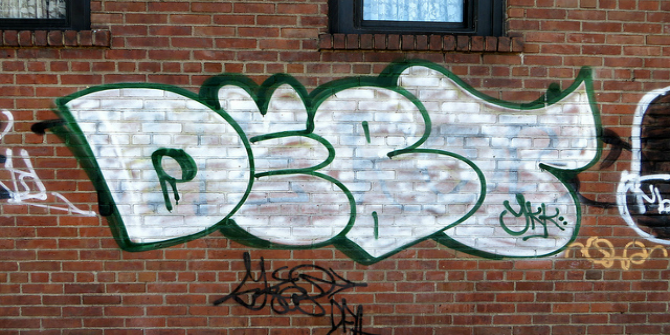 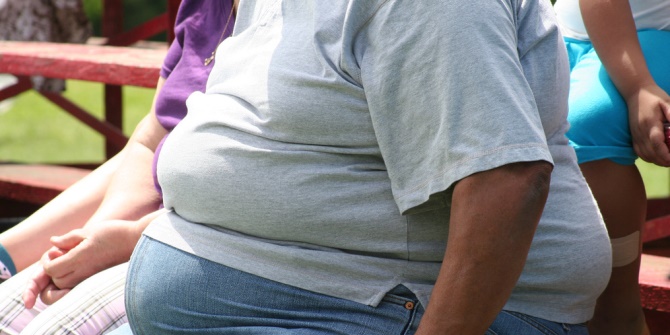 Help sufferers of obesity and addiction help themselves