Political parties are in decline, with membership and party identification both falling. How can they remain relevant in the 21st Century when the foundation on which they rest are disintegrating? Jess Garland argues that there is hope for parties in the modern world, but only if they adapt.

Commentators have been writing the political party’s obituary for decades. Ailing parties – broke, unpopular and haemorrhaging members – looked for many years, next to their younger and more fashionable single-issue and social movement challengers, to be on the way to the political scrapheap. Once upon a time, parties had held a place so central to political life that democracy was, in Schattschneider’s term, ‘unthinkable’ without them. Now, there are more people who identify their religion as ‘Jedi’ than there are members of the Conservative party, and almost the same number of Labour members.

But whilst memberships have plummeted and the traditional social links between citizens and political parties have withered, a new party model has been emerging. The mass party might have passed away, but a new, more open and flexible party is taking its place, one that matches citizens’ political behaviours in the 21st century. A new report by the Electoral Reform Society argues that the future for parties can be secured by reaching out beyond traditional memberships, thinking differently about how they relate to other parties and shifting the culture of politics.

But parties also need to face up to some difficult truths about their future. Politics as usual will not suffice. A specially commissioned poll for the ERS by ComRes, surveying the 40 most marginal Conservative-Labour constituencies, finds significant support for multi-party politics. Some 67% believe the rise of smaller parties such as UKIP and the Greens is good for democracy against just 16% who think the opposite. And 51% believe it is better to have several smaller parties than two big parties against 27% who think the opposite.

Even in these marginal seats where two-party competition is at its most antagonistic, respondents were comfortable with the more collaborative and consensus-building politics common to multi-party politics. Some 78% believe the Opposition should work with the government on issues they agree on, and 54% believe Parliament works best when no party is too dominant so that cross-party agreement is needed to pass laws.

Whilst the public is repeatedly subjected to the embarrassing display of partisan posturing that goes under the name of Prime Minister’s Questions, it is clear that a more nuanced and grown-up understanding of the way politics happens chimes with citizens’ preferences. If parties respond to this shift by modernising and changing their structures and cultures, they could not only survive but prosper.

The traditional structures of political parties are more suited to a time when people would go to a local party meeting because that was one of the few social activities available. It should be no great surprise that in an era offering an almost limitless number of avenues for of political expression (from online petition-signing to offline direct action), formally joining an organisation and attending a chaired meeting in a constituency office or town hall doesn’t hold great appeal. Citizens have a different relationship with politics and a different way of doing politics. Parties, which were once organisations that facilitated mass participation in politics by educating and mobilising voters, now compete for support in a complex and contested political marketplace.

Yet, despite being largely unpopular and mistrusted, political parties continue to perform essential roles in government, in the legislature and electorate. These are roles that are recognised and valued. The tripling of SNP membership in the weeks following the Scottish independence referendum suggests that whilst people value being given a direct democratic voice, the political party is still seen as a meaningful way of getting involved politically. Parties can no longer rely on a fixed, socially structured, partisan following, but that doesn’t mean they cannot amass support.

Whilst party membership is not as attractive to citizens as it once was, there are many other ways of connecting to citizens and engaging them in party activity. As the ERS report details, parties have already experimented with opening up to ‘supporters’ or ‘friends’. Many people do want to get involved in party politics but don’t see life membership as the way of doing so. In some cases parties are expanding rights which were formerly the preserve of members. The introduction of primaries and more open policy-making processes are beginning to bring a wider group of citizens into party activity. The future challenge for parties is to match a more open relationship with non-members with the structures that traditionally facilitated party membership rights.

Parties have shown enormous resiliency, and have adapted to survive. But they remain unpopular, and in some cases increasingly so. This report suggests some ways in which parties can continue to adapt so that they find a sustainable footing in the 21st century.

Note: This article was originally published on the Democratic Audit blog and gives the views of the author, and not the position of the British Politics and Policy blog, nor of the London School of Economics. Please read our comments policy before posting. Featured image credit: Peter Birkinshaw CC BY 2.0

Jess Garland is  Policy and Research Officer at the Electoral Reform Society. A former Senior Political Adviser, she has spent six years working in Parliament for Shadow Ministers and MPs. Jess is responsible for policy and research development for the Society. She has a Research Masters in Government, Policy and Politics and was formerly Chair of a youth-led volunteering charity. 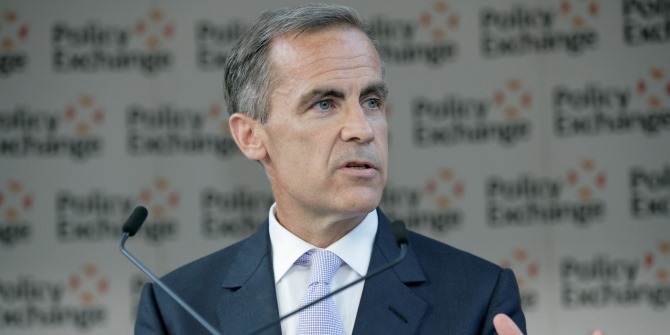 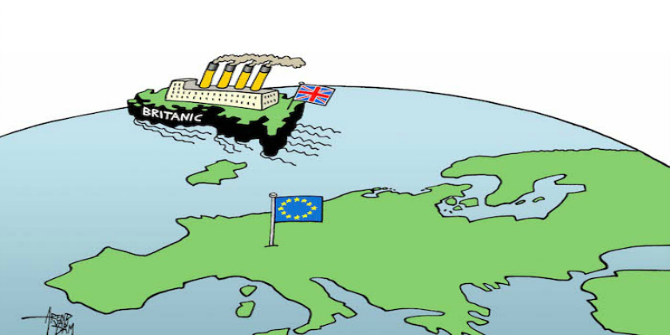