Public, media, and government discussions on welfare are dominated by the notion that the population is divided into those who benefit from the welfare state and those who pay into it, despite the evidence painting a rather different picture. John Hills draws on the revised edition of his book Good Times, Bad Times to explain some of the implications of this welfare myth.

The last two years have been ones of momentous political change. In the UK, this included not least the election of a majority Conservative government led by David Cameron in May 2015, the result of the Brexit referendum, and the subsequent appointment of Theresa May as Prime Minister.

But some things remain the same. One is how ‘welfare’ is discussed, with the British political debate framed around the idea that our population can be divided into two groups – those who pay in, and those who pay out. This was a theme for former Chancellor George Osborne when in office, but also appears to shape the new Prime Minister’s thinking.

For instance, at Prime Minister’s Questions in November 2016, she argued that:

“What [Jeremy Corbyn] wants is no assessments, no sanctions and unlimited welfare.  That is not fair to those who are accessing the welfare system, and it is not fair to the taxpayers who pay for it… Of course, it is important that … we ensure that those who need the support that the state is giving them through the benefits system are able to access that.  But it is also important that those who are paying for it feel that the system is fair to them too.”[i]

This theme – of a divided ‘them’ and ‘us’ – runs across a hundred tabloid front pages and through a dozen TV programmes focussed on an assumed unchanging ‘welfare-dependent’ underclass. But the evidence looks rather different, as I discuss in my book Good Times, Bad Times: the welfare myth of them and us, a revised and updated edition. In reality our lives are ever-changing.

Sometimes this is simply because we get older, we form – and dissolve – marriages and other partnerships, children are born, and they leave home. But it is also because we move in and out of work, change and lose jobs, and what comes in from work and other sources can change not just from year-to-year with our careers, but also from month-to-month, or even day-to-day, even before the rapid spread of ‘zero hours contracts’. Our needs – for education and for health and social care – change as we grow older, but also with the fluctuations in our health. 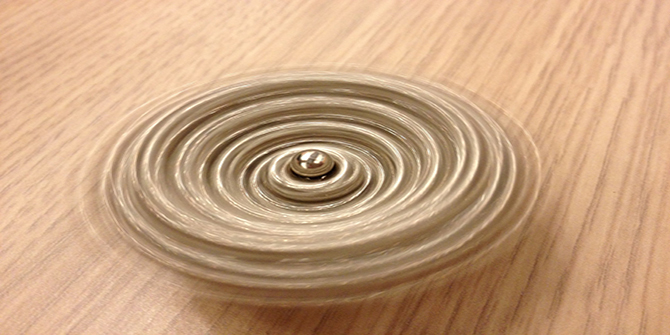 But despite this, debate still assumes that we can be divided neatly between those who pay in, and those who take out. Allied with the escalating stigma attached to those who are at any one moment receiving benefits and the notion that a large share of public spending goes on people who are out of work, this makes further savings from ‘welfare cuts’ sound attractive – and politically costless, since those affected will be ‘them’ rather than the ‘us’ voters are assumed to be.

Built into the successful Conservative 2015 election manifesto was therefore a pledge to find a further £12 billion of ‘welfare savings’. This was carried through by George Osborne’s July budget, which set out cuts to working-age benefits and tax credits adding up to £13 billion per year by 2020.

But in the months that followed reality broke in. With only one pound in every £14.70 we spend on the welfare state now going on cash payments to out of work non-pensioners, this turned out to mean the threat of big overnight cuts in tax credits to many families that were ‘doing the right thing’ in work – just the kind of ‘hard working families’ that had been persuaded someone else could be the subject of this austerity.

Through the second half of 2015 pressure groups, think tanks, alarmed tax credit recipients and eventually parliamentarians in both Lords and Commons began to realise the scale of what had been planned for Spring 2016. The government retreated, and existing tax credit recipients were ‘protected’.

But this retreat was only a stay of execution, not a full reprieve. The very dynamics of people’s lives which are so often rhetorically denied mean that there is constant turnover in who receives in-work support and therefore continues to be protected. As new people try to claim – including those who had higher pay for just a while, as well as those who would have become eligible for the first time – they will enter a system meaner than the one from which predecessors in the same position would have benefited. This will affect in particular those getting the new ‘Universal Credit’, as it is slowly rolled out in a much less generous form than originally advertised.

The government itself knows that these dynamics mean most of the originally planned welfare savings will still occur and still forecasts at least £12 billion of savings a year by the time of the next election, if that comes in 2020.

It remained to be seen whether this quieter, but more drawn-out, austerity will stay under the political radar. For the individuals and families affected, the lower income will be all too apparent – and so, eventually, will be its effects on poverty, particularly for children in larger families and their parents hit by the new ‘two child’ limit (imposed on the basis, presumably, that those with three teenagers could have foreseen the economic events of the last decade, unlike most of the rest of us).

In fact, the cuts – and with them the hardship – may now be greater than originally planned, after allowing for inflation, rising sharply with the drop in the value of the pound since the vote for Brexit. But with working-age benefits and tax credits frozen in cash as part of the July 2015 cuts, each one per cent increase in prices means a one per cent fall in their real value. This will quietly generate further cuts in the generosity of the system.

Looking over whole lives, shameful as the difference in life chances are between those with different backgrounds in Britain, we should also not rush to the assumption that averages are destiny or that more difficult lives are unchanging. When researchers Rob Macdonald and Tracy Shildrick went looking for the often-cited families where ‘three generations have never worked’ they found none.

But that does not stop the belief that they are there. Soon after the first edition of my book came out I had a call from a researcher for a TV production company. They were planning a new documentary series. Thinking that they must have picked up on the themes and evidence that the book sets out and that this might be a corrective the usual ‘dependency culture’ programmes, we started talking.

Only at the end did she mention the working title – ‘Born, married, and died on benefits’.

Note: The revised edition of Good Times, Bad Times: The welfare myth of them and us is published by The Policy Press. It is available at 20% discount, or 35% if you join their mailing list.

John Hills is Richard Titmuss Professor of Social Policy and Co-Director of the International Inequalities Institute at the LSE.