What is the role of the Civil Service? Using the discourse surrounding the resignation of the UK’s Permanent Representative to the European Union, Sir Richard Mottram discusses some of the concepts associated with the civil service, and explains what broader lessons we might learn from recent events.

For a brief period at the beginning of January, the constitutional position of the British civil service took centre stage, as politicians and the media addressed the case of the resignation of the United Kingdom’s Permanent Representative to the European Union, Ivan Rogers.  The specific issue died down following the rapid appointment of his successor.

The language and concepts used by participants and commentators in the row are worth reflecting on. There was the now familiar reference to ‘the will of the people’; some loose talk about the ‘independence’ of the civil service; assumptions that the Foreign Office and the civil service more generally are a nest of Europhiles; and much invoking of the mantra of the importance of civil servants and diplomats ‘speaking truth to power’.

Delivering the will of the people

‘Whatever their opinion, the job of the civil servant is to deliver on the will of the British people’

Contrary to the Iain Duncan Smith quote above, the civil servant’s job is not ‘to deliver on the will of the British people’. Nor does the civil service have any ‘independent’ role beyond seeking to ensure that government treats citizens according to the law and impartially, and that public expenditure is incurred for purposes approved by Parliament and represents value for money.

What is absolutely clear is that the job of the civil service is to deliver the policies of the government and to do so with commitment regardless of the personal opinions and preferences of individual civil servants. Of course, this may be uncomfortable for some who have dedicated significant parts of their lives to making a success of our EU membership and building close relationships with our EU partners, on behalf of successive governments. A more civilized and restrained political and media culture might have recognized this with some sympathy.

Diplomats and civil servants are not, however, the starry-eyed, Europhile fanatics of the imagination of some ardent Brexiters. The reality is more complex. For many in Whitehall enthusiasm for the European enterprise was, in my experience, inversely related to the extent of their exposure to the frustrations of achieving results through European institutions.

The process of leaving the EU and establishing a new web of international relationships will inevitably be enormously complex and difficult. Ministers and officials will need to work closely together and frank, private advice will be at a premium. Hence the emphasis in much commentary and indeed in Ivan Rogers’s resignation letter on the importance of not being afraid to speak the truth to those in power.

Making the concept a reality has always been difficult and has become more so in recent years. Dissent is a potentially higher-risk course with the increasing Ministerial role in the appointment of officials and the unappointing of them – the circumstances surrounding Ivan Rogers’s own resignation and the abuse heaped on him afterwards are perhaps hardly likely to encourage the practice.

We need to recognize too that, in many issues at the heart of government, the concept of ‘truth’ can be a contested one, both because of the complexity of many ’wicked issues’ and their long-term nature. What then should underpin this process of ‘truth’ seeking and ‘truth’ speaking? What it has been seen to mean is that officials have a duty to offer objective advice, based on evidence, and drawing on both the best internal and where appropriate external expertise. Advice comes in many forms, subjective and objective – the civil service’s role is to offer the latter.

Much civil service advice comes from experts, whether lawyers, doctors scientists, engineers, and many other professions. They face particular challenges in getting their voices heard and listened to in normal times. In a world in which ‘People have had enough of experts’ (Michael Gove’s assertion during the referendum campaign), this may have become even harder.

The need for power to tell the truth

Codes whether for Ministers or civil servants are important in setting expectations and helping to shape culture; but what matters is how far they influence behaviour both in normal and abnormal times. Under the Ministerial Code, Ministers are expected to observe the Seven Principles of Public Life, which include the Principle of Honesty that ‘Holders of public office should be truthful’.

Presumably these are not meant to be Principles that are suspended just when the going gets rough and they might be thought most relevant. Ministers did not, so far as I know, have a dispensation to ignore them along with the suspension of collective responsibility during the referendum campaign. So how did they fare in highly charged political circumstances? To take one obvious example, pro-‘Brexit’ campaigners said falsely and repeatedly that Britain sent the EU £350m a week, successfully goading the Remain camp into debating the figure endlessly, thereby keeping the topic in the public’s mind. As far as I know, no ‘Brexit’ campaigner has called the morality of this tactic into question and they and others would I suspect marvel at my naivety in questioning it in these terms

Such an egregious example of falsehood does not so readily spring to mind in the case of the Remain campaign, but it too, for example, was guilty of confident and absurdly over-precise forecasts of future economic damage at both the macro-economic and individual citizen levels, deliberately ignoring the inherent uncertainty in economic-and other-forecasting.

The Oxford Dictionaries Word of the Year for 2016 was ‘post-truth’, a world in which objective facts are less influential in shaping public opinion than appeals to emotion and personal belief. But the reality of both the referendum campaign and the US presidential election was perhaps even harder edged – and given more recent expression in the concept of ‘alternative facts’. Such a world of alternative facts does not come without cost. Alongside the coarsening and weakening of political debate, accountability within government ultimately depends upon some shared understanding of and confidence in evidence, how it is compiled, and how it should be interpreted. The referendum campaign and events elsewhere have called such notions of accountability into question.

Looked at more narrowly, this world poses difficult challenges for civil servants. For ‘speaking truth to power’ to have any effect, power has to be interested in listening, in an active, two-way process. This is relevant to both policy development and how policies are explained and presented. With the rise of media-driven government, tensions have become more acute between the civil service’s obligation to support factually based government pronouncements and Ministers perceived need to get their message across.

The Prime Minister has helpfully emphasized the importance she attaches to civil servants fulfilling their duty to offer the ‘best possible advice’ rather than spending their time trying to ‘interpret what they think you want’. We might ask, however, whether this precept will apply in the engagement between all Ministers and their officials in the context of our exit from the EU. In a post-truth, alternative-facts climate, do civil servants need to strengthen their role as ‘fact-checkers’ and does this role also need to be made more explicit? But would a move in this direction run a significant risk of Ministerial frustration with being told what they can and cannot say, leading to an increasing desire to politicise the civil service?

Sir Richard Mottram is a former civl servant and a Visiting Professor in the department of Government at LSE. 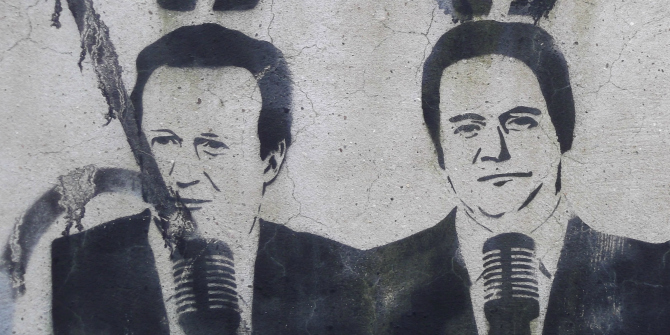 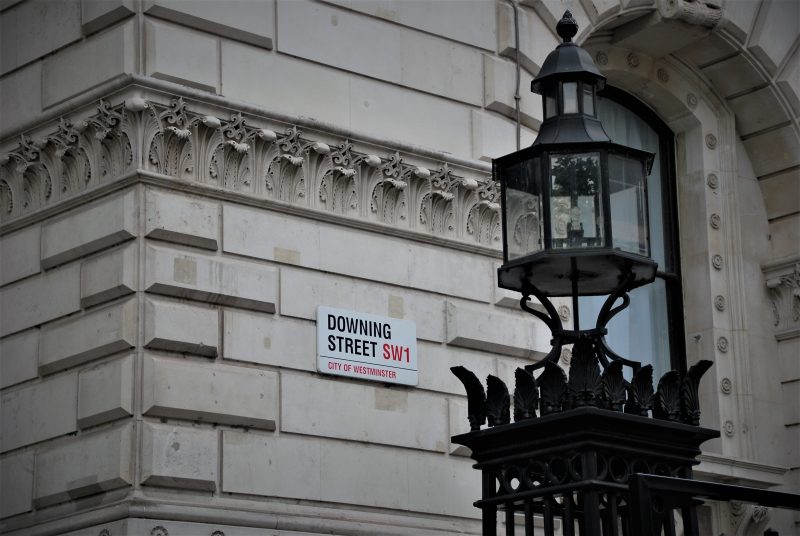