Forward guidance and pundits making noise: Top 5 blogs you might have missed this week

Yesterday, Mark Carney announced that the Bank of England will not raise interest rates or cut back on QE purchases until the unemployment rate falls below 7% (with caveats about financial stability and inflation expectations). Simon Wren-Lewis comments on the significant developments and the economic outlook for the UK on the Mainly Macro blog while Chris Dillow expresses some doubts on forward guidance in his column for Investor Chronicle.

Much chatter in the media and by political pundits recently has claimed that the Tories are resurgent in the polls while Labour is beginning to flounder. Robert Ford, Will Jennings and Mark Pickup, writing on the Politics Upside Down blog,  show that this is not the case by pooling together all the available polling evidence. Labour’s lead over the Conservatives has narrowed, but this is likely because UKIP is beginning to dip from its peak. “Readers looking for clues on the prospects for the main parties would be well advised to ignore the spin put on the polling by the professional tea-leaf readers in the op-ed section, and just focus on the data itself. The signals are there, but often all the pundits add is noise.” 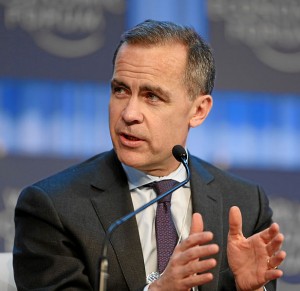 Following on Alan Manning’s article earlier this week, Declan Gaffney of the L’Art Social blog finds that “while the UK has relatively high employment for women compared to some of the other countries in the Liberal group, it now lags behind most northern and western European countries.”

The Notes from a Broken Society blog discusses zero-hour contracts, finding that “politicians who argue that we need more flexible working in the form of lower and less certain wages  to compete – and zero hours contracts certainly fall into that category – are talking theoretical garbage; and in many ways it is intuitively obvious that falling wages, and the falling aggregate demand going along with that, greatly inhibit the prospects of recovery.”

Chris Bertram of Crooked Timber discusses the politics of immigration in the UK, arguing that “irregular migrants need defending, particularly in terms of their access to legal and medical services and from the continuing harassment campaign from the Home Office.”