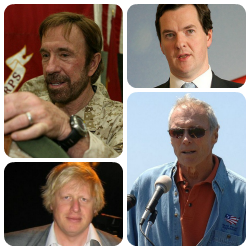 George Osborne’s tentacles are all over the reshuffle, says Tory Diary. Further reinforcing the nautical name calling, Osborne is also referred to as the ‘Submarine Chancellor’  for his tendency to ‘make carefully controlled interventions before plunging back into the depths of the Treasury’.

Sebastian Payne at the Spectator blog believes that if planning laws are reformed it will backfire for the Tories.

Political Betting asks if the squabbling over a third runway at Heathrow between Boris and Cameron may actually pave the way for the Mayor to take his opposition to the Commons as an MP.

The Guardian explores how Cameron probably wishes he has similar celebrity support as Mitt Romney has with Clint Eastwood and Chuck Norris.

Tractors, coups and ugly habits: Top 5 blogs you might have missed this week