We have updated our election prediction model, based on national voting intention results from all polls with fieldwork up to and including 26 April.  Here is a figure showing the time trends in our “pooling the polls” analysis.  The dots in the figure show the results from the various polls and the shaded areas around the lines are the 95 per cent confidence intervals around the mean standings of the parties. 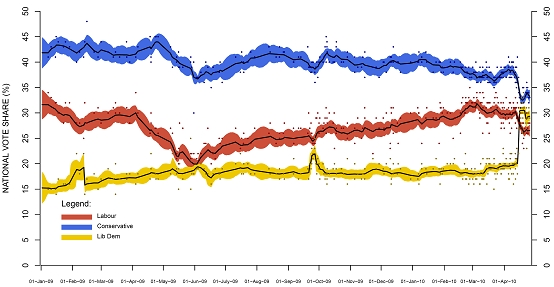 With a week to go until polling day, the Conservatives look set to be the largest party in the Commons but well short of a majority of seats.