Clive Sealey and Daniel Nehring discuss how the recent changes to UK migration policy have redefined the way that transnational marriages are created and maintained. The explain that, on the one hand, legal and financial requirements can force couples to marry earlier than they otherwise would have, but on the other hand they also limit their ability to function as a couple once married.

Transnational marriages – those between the residents of two different countries – are now a significant social phenomenon, not least due to high levels of mobility and the extension of intimate life across borders. Already towards the end of the 2000s, 8.4% of all marriages in the EU involved a foreign-born and a native-born partner. In many countries in East and Southeast Asia, the proportion of such marriages was similarly high or higher, suggesting more than a geographically isolated trend. Transnational marriages, we suggest, are a common feature of intimate life in the 21st century.

If we historically compare economic migration and marriage migration policy in the UK, it is evident that it is the latter which has squarely been defined as unwanted. The recent focus in policy has been on reinforcing this objective through changes to the financial and legal context of transnational marriage migration, and thereby seeing controls on marriage migration as primarily an immigration concern above anything else.

Generally, it is easier to enter the UK as married or in a civil partnership than it is if you are in a relationship. The Immigration Act 2014 has also made it harder for transnational marriages to take place, due to a concern about ‘sham marriages’ being a significant threat to immigration control. Some of the measures introduced included:

Our research provides evidence that these measures have led to the involuntary separation of couples, due to the fact that it is harder to live together as an unmarried couple in the UK: transnational couples are being forced to spend significant time living apart. However, an unintended outcome of the policy is incentivising transnational couples to get married earlier than they normally would, as marriage to some extent makes it easier for them to meet the legal requirements to live together as a couple. This means that administrative expediency rather than love has become a significant reason for transnational marriage migration.

Yet while it is easier to migrate to the UK as a married couple, the introduction of the minimum income threshold now makes this less straightforward. Since July 2012, the resident spouse must earn a minimum of £18,600 per year in order for the non-UK resident spouse be eligible to live in the UK. Underpinning this policy is a pervasive belief that migrants in general, including family migrants, are an economic drain on social policy, such as in relation to the notion of benefit tourism. Our research provides evidence that this policy is stopping transnational families from functioning as families, and putting strain on their marriages. In particular, it is curtailing their mobility and their ability to spend time with or live with their family. So, in addition to the unintended consequences observed above, another consequence of the minimum income threshold is to make it harder for families to live together even once married.

From a sociological standpoint, the tightening of marriage migration policy highlights the de-legitimisation of cross-border marital relationships. Perhaps not surprisingly, the above impacts are changing the conventional development of intimate bonds that should bind transnational couples together and enable them to function as other married couples do. In effect, the changes have the dual perversity of potentially forcing transnational couples to marry earlier than they would and then to limit their ability to function as a married couple once married. This situation reflects what we now know to be a ‘hostile environment’ for migrants in general.

Note: the above draws on the authors’ published work in Social Policy & Administration.

Clive Sealey is Senior Lecturer in Social Policy and Theory in the Department of Social Work and the Community at the University of Worcester.

Daniel Nehring is Associate Professor of Sociology at the East China University of Science and Technology. 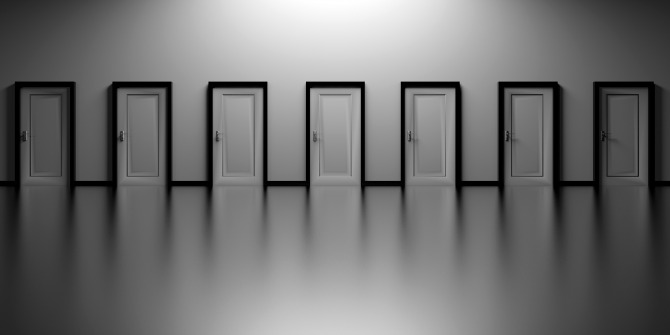