Despite many seeing Ed Miliband as being responsible for Labour’s 2015 defeat, much more contributed to the party’s failures, explains Eunice Goes. Drawing on her latest book, she writes that the European context of crisis and austerity created a situation that Labour – together with other European social democratic parties – failed to steer through successfully. It is within this wider context that Miliband’s compromises exacerbated Labour’s already precarious position.

Labour MPs and activists have not yet forgiven Ed Miliband for the devastating defeat the party suffered at the last general election. In their view, his unpopularity and alleged lurch to the left were solely responsible for Labour’s electoral collapse and current existential crisis. But even though Miliband’s leadership failings clearly played a role, they were not the single or the decisive factor in Labour’s defeat.

The rise of right-wing populism, the crisis of European social democracy, the legacy of New Labour, the explosion of multiparty politics would have negatively impacted the Labour Party regardless of the personality or ideological inclinations of its leader. Failure to consider these other factors can condemn Labour to many more years in opposition. To understand why, we need to look at the context that surrounded Miliband’s term. 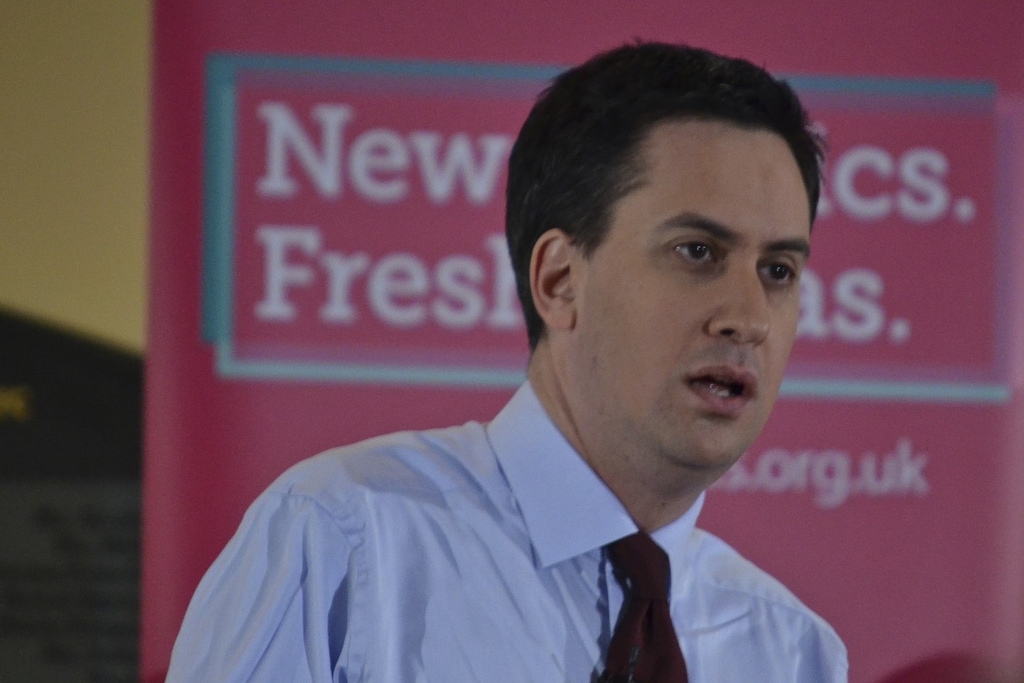 The crisis of European Social Democracy

Ed Miliband saw the 2008 global financial crisis that had exposed the flaws of financialised capitalism as an opportunity to renew social democratic politics. He was not the only one to express that hope. Across Europe, centre-left politicians talked of a ‘new social democratic moment’ but they were not sufficiently nimble or clairvoyant to make it happen. In fact, most succumbed to the austerian dogma.

In stark contrast with the ambivalence and ideological uncertainty of the centre-left, the political right was quick to respond to the crisis. With the assistance of a sympathetic media, centre-right parties quickly refashioned what undoubtedly had been a crisis of capitalism into a crisis created by a profligate and irresponsible State. It was a bold move, but it turned out to be successful because the austerity message resonated with voters’ understanding of economics. By comparing national economies in deficit to a ‘maxed-up’ credit card, centre-right politicians could persuade voters that the only credible response to a ‘spending binge’ was a harsh dose of public spending cuts and state retrenchment.

But European social democrats faced other obstacles. Constrained by their commitment to the monetary union, social democratic parties offered no alternative to the austerity policies, defended with great zeal by the institutions of the European Union as the only possible response to the crisis. The social democratic parties that were in power when the crisis hit Europe were forced to implement draconian public spending cuts and, understandably, voters blamed them for the economic recession that followed those measures.

There were some faint points of resistance to austerity policies, but the incremental alternatives to tackle the deficit proposed by different European social democrats did not offer a coherent and comprehensive alternative. And none sought to tackle the structural flaws of the monetary union or to challenge the small-state ideology that underpins it. To do so, would threaten the viability of the euro to which social democrats remain committed. But as they painfully learnt, not challenging the austerity dogma condemned them to being in opposition – some for a very long time – as they were unable to respond to the electoral challenges that were emerging from the radical left and from the populist right.

The fact that European social democrats had not developed a viable policy alternative to the prevailing neoliberal ideas affected the Labour Party in a variety of ways. Firstly, there were no successful examples of social democratic parties that had been able to challenge the idea that the deficit crisis had been created by profligate public spending. Secondly, this shortage of ideas affected Labour: the lessons Miliband learnt from the experiences of other social democratic parties were on the whole negative, as they highlighted the institutional, ideational and political obstacles to the development of a social democratic agenda. Thirdly, Miliband could not rely on the political and institutional support of European social democrats to help him carry out his transformative agenda.

Despite these heavy constraints, Miliband and his team were committed to the project of – to use the wording of Jon Cruddas – ‘re-imagining social democracy’. But as we now know, Labour’s 2015 manifesto failed to inspire voters and did not constitute a programme of social democratic renewal. Labour’s 2015 manifesto lacked coherence and failed to convince voters that it would either be a responsible economic manager or a transformative government that would challenge austerity.

To understand why Miliband’s agenda failed to be transformational it is worth recalling Peter A. Hall’s criteria to determine the success of ideas. Hall’s first criterion is about persuasion. In order to be endorsed, ideas need to offer a plausible and convincing response to a current policy puzzle. But persuasiveness is not merely dependent on the technical viability or coherence of ideas. In order to persuade, ideas need to conform to the way individuals understand how the world works. And so to be persuasive, ideas need to be comprehensible. Finally, in order to influence policy, ideas need to be supported by relevant actors. It turns out that this third criterion is particularly important in understanding Miliband’s difficulties in developing an enticing agenda.

Miliband’s position within the Labour Party was not one that granted him great autonomy. When he was elected leader, the party was exhausted and demoralised. This defeatist mindset became a fertile ground for party feuds and internal wars promoted by backbenchers who questioned the legitimacy of his election or who opposed his agenda. The fact that Miliband had few supporters in the party and the media, and had no powerful international friends, magnified his isolation and weakness as a leader. In this context, and to prevent a divided party from succumbing to the sirens of dissension and civil war, Miliband diluted his agenda.

The fact that Miliband did not obtain support from ‘relevant actors’ affected the two other criteria that can determine the success of ideas. Because he had few cheerleaders inside or outside the party, the Labour leader was forced to compromise on the four main planks of his political agenda. As a result, the programme he was eventually able to develop was robbed of the persuasiveness and clarity it required to be successful.

If Miliband viewed the global financial crisis as an opportunity to reform British capitalism, he failed to explain the way forward. More importantly, Labour’s failure to challenge the prevailing narrative on what had caused the deficit crisis led to the party’s reluctant embrace of austerity. This, in turn, had the effect of confusing the party’s agenda to develop the foundations of a more balanced and productive economy. Labour’s plans to borrow in order to invest in infrastructure were unclear. Indeed, if the party had signed up to more public spending cuts – in which it did not believe – how could it invest in the transformation of British capitalism?

The endorsement of austerity also compromised Miliband’s egalitarian agenda. This was particularly visible in Labour’s stances on the living wage. Commitments to the living wage, which took centre-stage in the early days of Miliband’s leadership, disappeared altogether from his speeches in the months leading to the general election. Instead, he announced a rather modest commitment to raise the minimum wage.

Labour’s departure from the party’s centralised statecraft was equally half-hearted. Again, Miliband had put his finger on an important issue but failed to take the logic of his analysis to its full conclusion. His agenda for public sector reform was timid and totally invisible. Moreover, Labour’s plans to devolve powers to local communities in England were over-shadowed by the coalition’s approach to regional development, and in particular by George Osborne’s ‘Northern Powerhouse’ agenda. Similarly, Miliband’s ‘power agenda’ proposals were piecemeal and lacked ambition. Finally, his attempt to address popular concerns with immigration was too bureaucratic and subtle and alienated both ‘left-behind’ working-class voters and progressive voters committed to cosmopolitan values.

In short, the result of Miliband’s institutional and political weaknesses as well as the compromises and semantic contortions he was forced to make was a watered-down agenda that failed to renew social democracy and to enthuse voters.

What now for Labour?

Labour’s road back to power is far from certain. Last May, voters sent Labour mixed messages. As Jon Cruddas put it, Labour ‘lost everywhere to everybody’. This defeat is not merely the result of an uninspiring manifesto and party leader. It is also the verdict of voters on the previous Labour government’s decisions on the economy and immigration. Moreover, the dynamics of multiparty and multinational politics seem to be permanent features of British politics.

In these circumstances, it is unlikely that a charismatic leader will be sufficient to deliver a majority in 2020. It is next to impossible to carve up a unifying programme that appeals to such disparate groups of voters. Labour will have to make choices about which voters it wants to target, as it is now clear that it is impossible to simultaneously please young, urban voters in London and ‘left-behind’ voters in the Midlands and Northeast.

Like other social democratic parties in Europe, Labour is discovering that it no longer holds the monopoly of progressive politics. With challenges from the populist right and the radical left, it is very likely that Labour’s survival will depend on the party’s adoption of a more pluralist culture that will involve dialogues with like-minded parties and movements. The alternative to this strategy seems to be permanent opposition.

Note: the article is based in the author’s recently published monograph, The Labour Party Under Ed Miliband: Trying But Failing to Renew Social Democracy, (MUP, 2016).
About the Author